I was on the fence about posting this ‘experiment in the kitchen’. I’ve been wanting to learn how to make macarons for quite some time now and to be honest I rarely get nervous in the kitchen. Making macarons had me just petrified. So petrified that I made several critical errors. I was very thankful that I decided to make a very small batch for my first time.

Mistake #1: I decided to make a chocolate macaron on first go. I’m not very good at piping them yet. They looked like poo and we all had a good laugh.

Mistake #2: Assuming the recipe I used made 15 HALVES of the macarons. Not 15 whole macarons. duh, why would it make an odd number *facepalm*

I have no macaron experience to compare this one to, but the meringue was definitely at the hard peak stage and I really tried to fold the dry ingredients in as best I could. Since this recipe is so small (and I stuffed it up to make even less) I decided not to bother with making a butter cream for the inside but used Dulche de Leche spread instead.

I basically followed this recipe which is supposed to make 15 macarons OR 30 half macarons!

On two sheets of parchment, draw 30 4cm diameter circles. Flip paper over onto cookie sheet. Sift the icing sugar, almond meal and cocoa powder together in a bowl. Then beat the egg whites in the mixer on high for 30 seconds and gradually added the caster sugar. Beat the egg whites until stiff peaks formed (you can turn the bowl upside down). Add a bit of brown colouring gel (if using). For the mixture, add half of the dry ingredients to the meringue and  fold them together. Then add the remainder of the dry ingredients and fold again. Put it all into a piping bag and pipe the mixture onto the parchment paper using the drawn circles as a guideline. 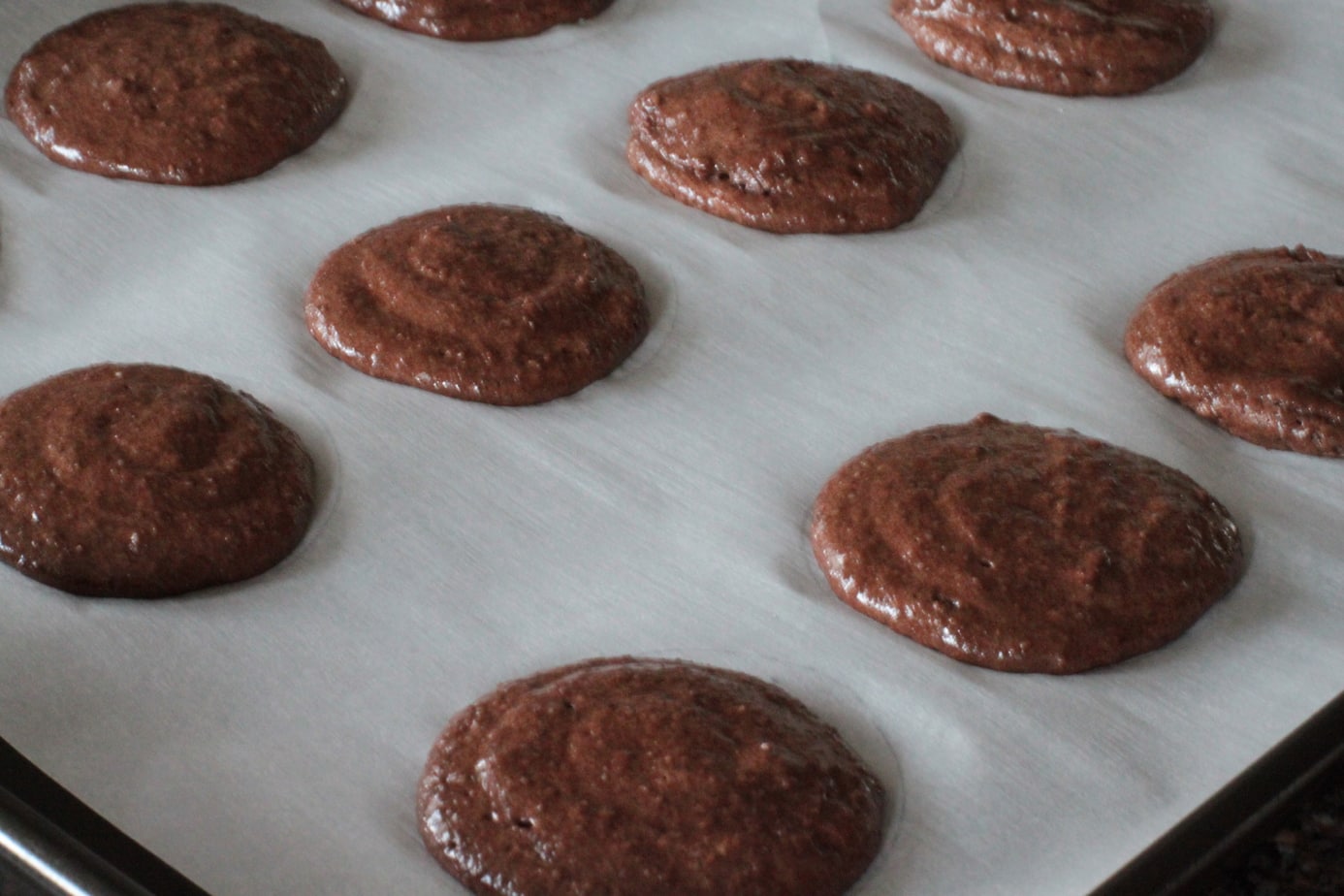 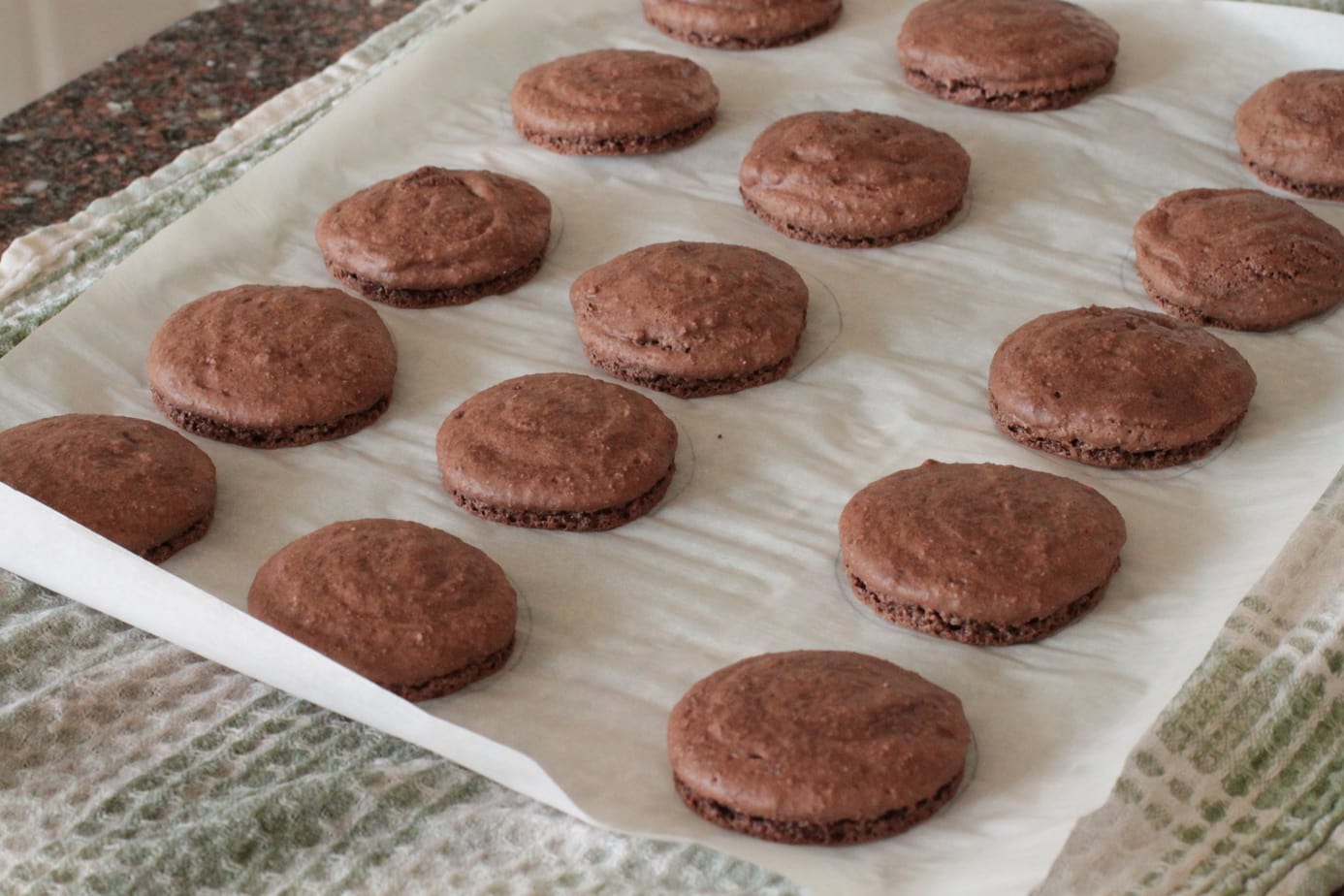 Tap cookie sheet to get rid of air bubbles, then let sit for an hour. 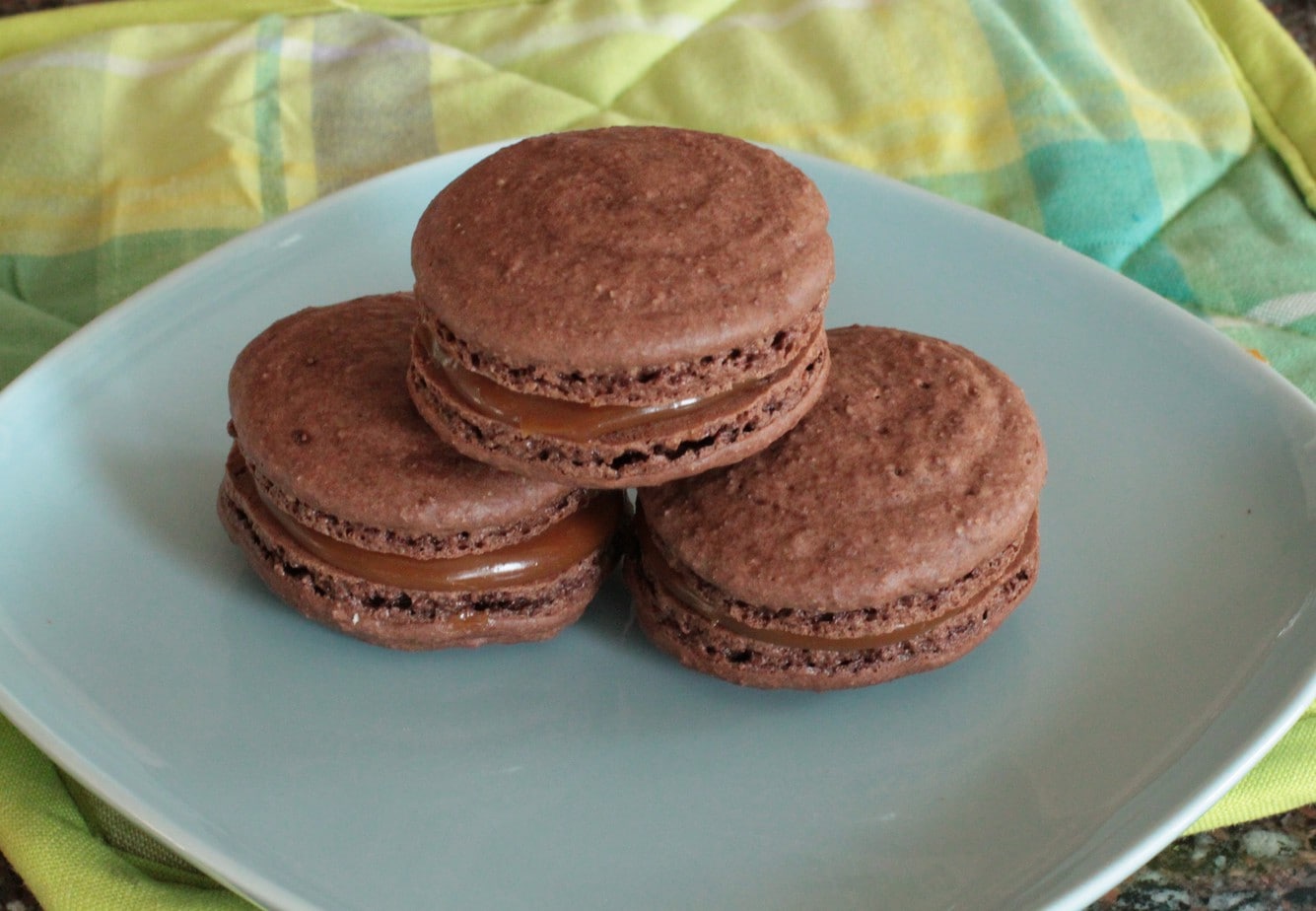 I loosely based this kitchen experiment on these lovely macarons by Confessions of a Glutton but as you can see hers are much nicer and more professional looking than mine. 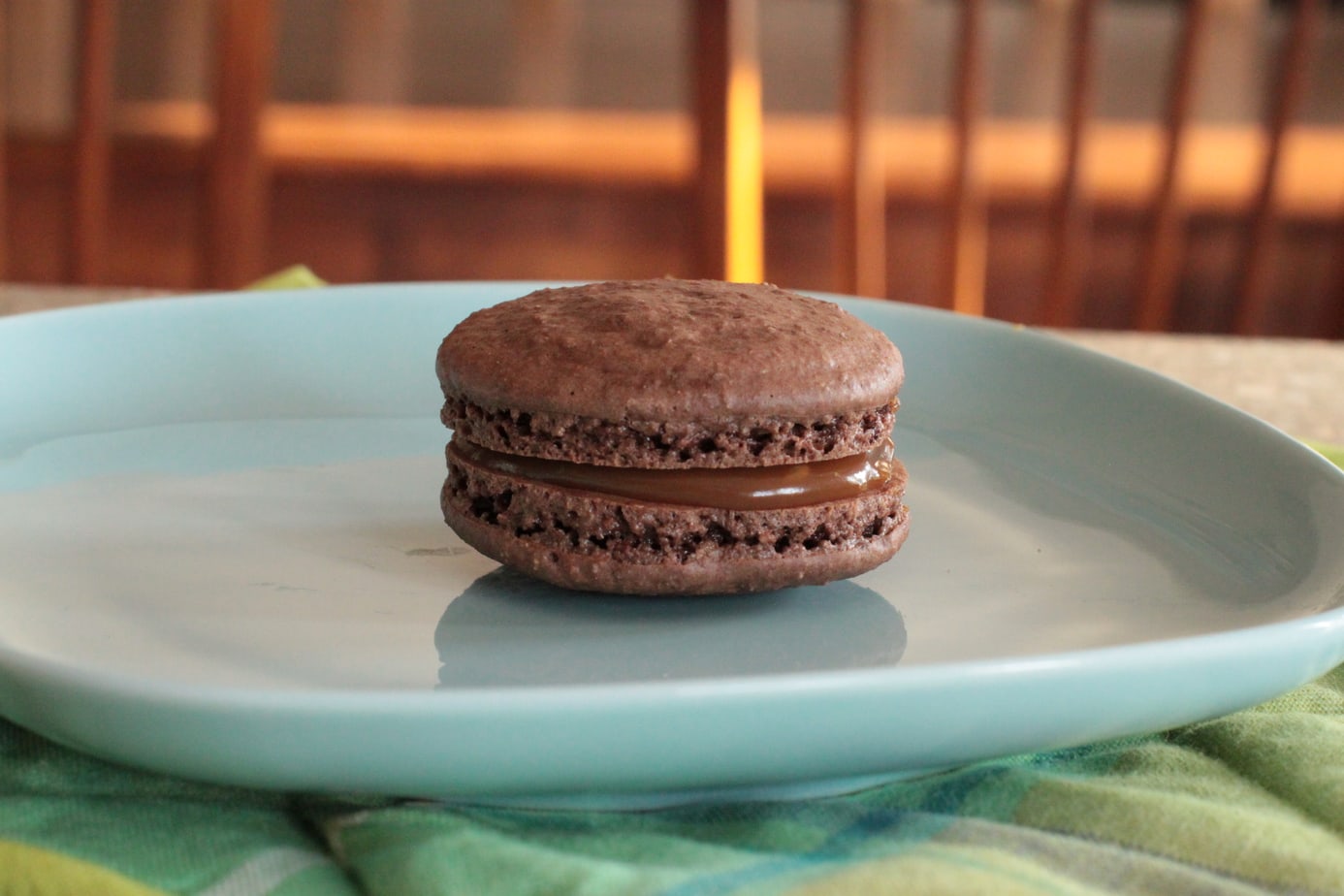 Despite having the proper texture, my macarons still looked ‘lumpy’.  I asked my farmers’ market friend, David of Yum Bakery what he did with the almond meal. Turns out he does give it a whirl in the food processor for a bit just to make sure it is super fine. This is a superb tip that I shall try out the next time I make macarons.