The Science Behind Making the Perfect Chocolate Soufflé

In the February 2014 issue of Cook’s Illustrated I read a really interesting article about soufflés. One of the things I love about CI is how they experiment with recipes so that you can get the very best results at home. In the soufflé article they mentioned using a copper bowl to whisk the egg whites to a soft (non dry) peak. For some reason there’s a chemical reaction that happens between the copper ions in the bowl and the egg whites. This reaction produces a more stable egg white.

I mentioned this to Hubby and my father in law, who is a retired chemistry teacher (who also loves to bake) and we ended up having a pretty interesting conversation about Kitchen Chemistry. Imagine my surprise when I opened my birthday present and saw that Hubby had bought me my very own copper bowl to experiment with!

Soufflé Tips From a Pastry Chef

The whole recipe began with chocolate. 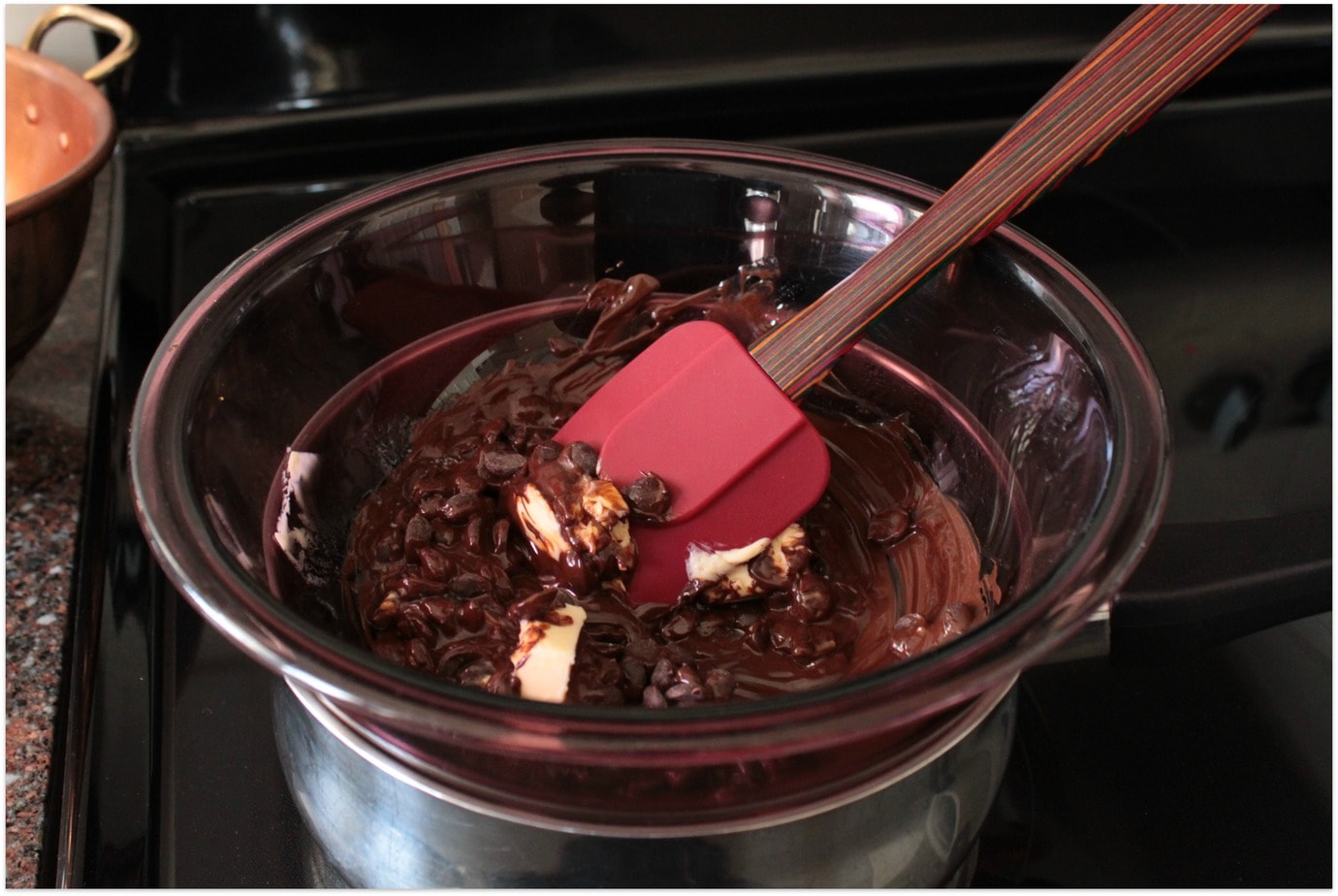 Here’s the chocolate and butter in the double boiler

I started out with the yolks in the Kitchen Aid mixer but there didn’t seem to be enough contact between the small amount and the beaters. I transferred them into the copper bowl and beat them by hand with the hot water and sugar. 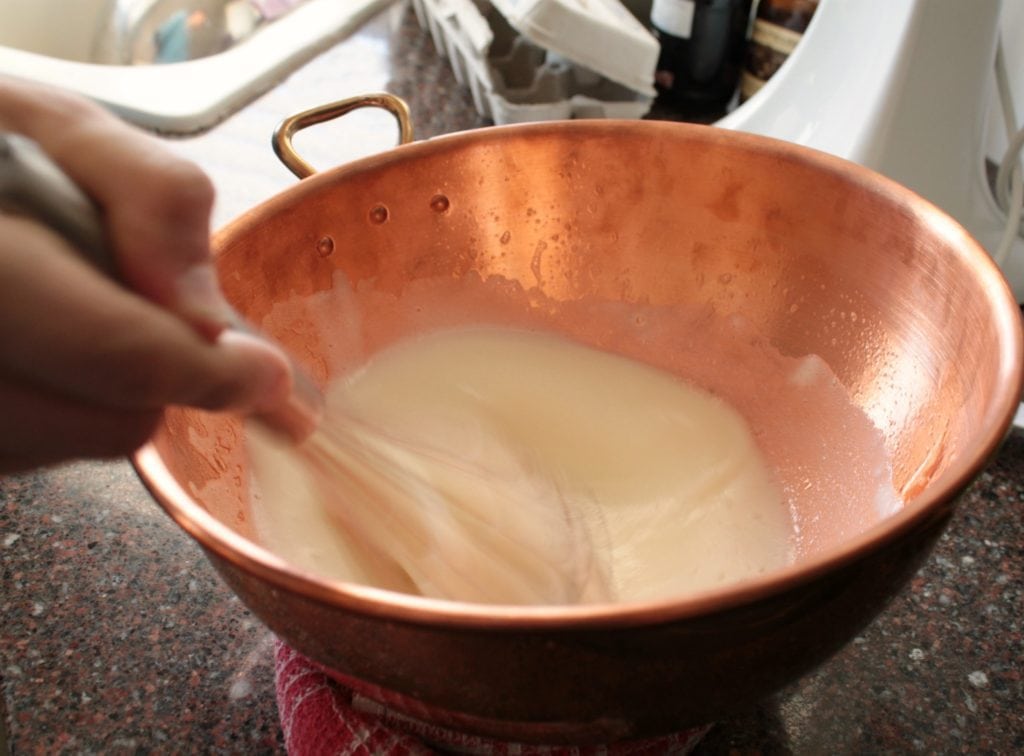 It took quite a while and we’ll just say my whisking muscles definitely need to be worked on. I got Hubby to do some of the beating as well. After the yolks were beaten into ribbons, I folded them into the cooled chocolate, cleaned THE BOWL and got started on the egg whites. These whisked up in no time though my muscles were aching….and I had to get kids number three and two to take turns. We’ll just call this the ‘Family Soufflé’ then or ‘the family that soufflés together, stays together’. I thought the egg whites took on a bit of a greenish hue but I wasn’t totally sure. Eventually they got to the stiff peak stage and I began to fold them into the chocolate mixture. 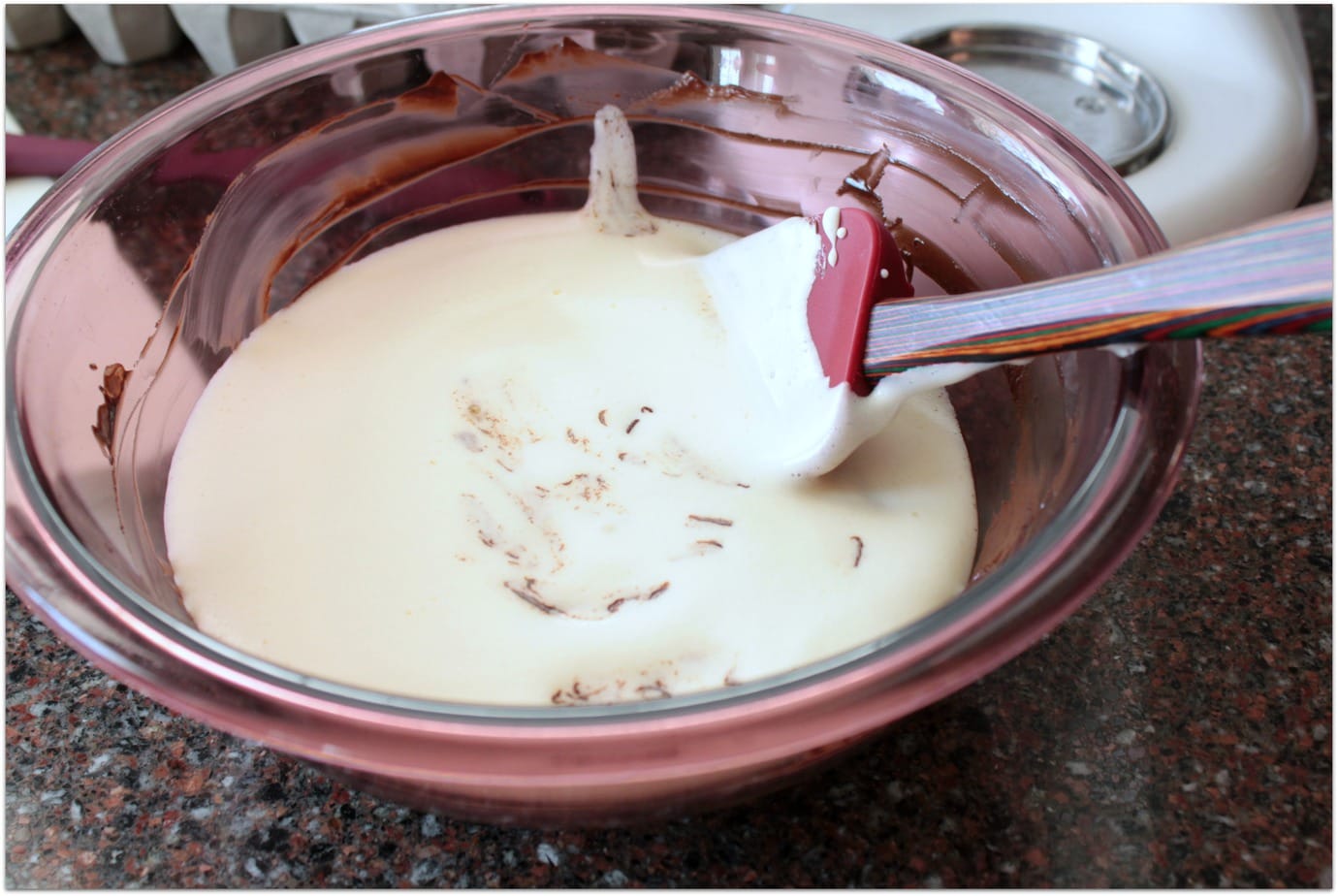 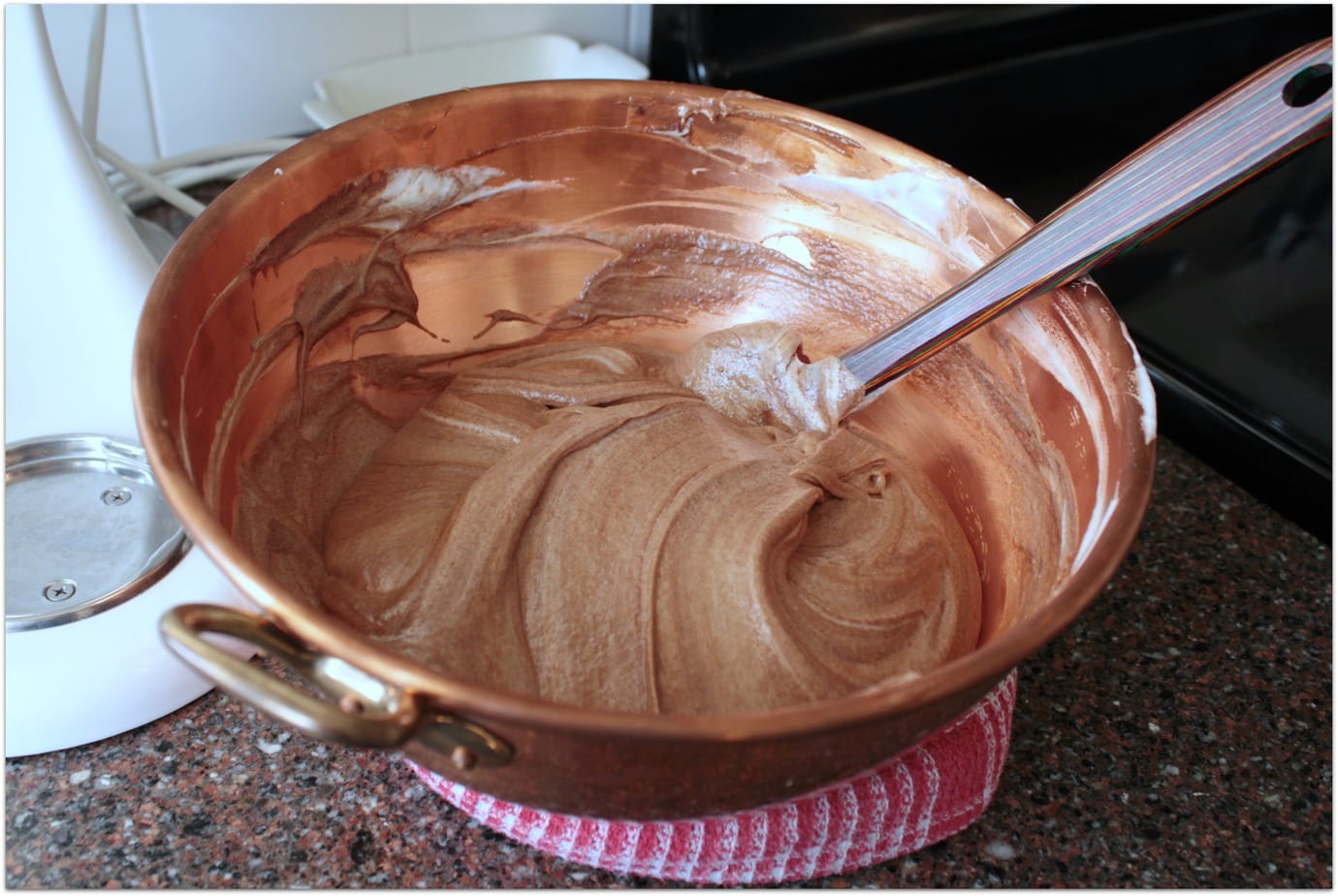 After the mixture was folded entirely it went into some greased and sugared ramekins. I didn’t fill them to the brim so I couldn’t really level the mixture off. I may try doing this the next time so I get a nice even top. 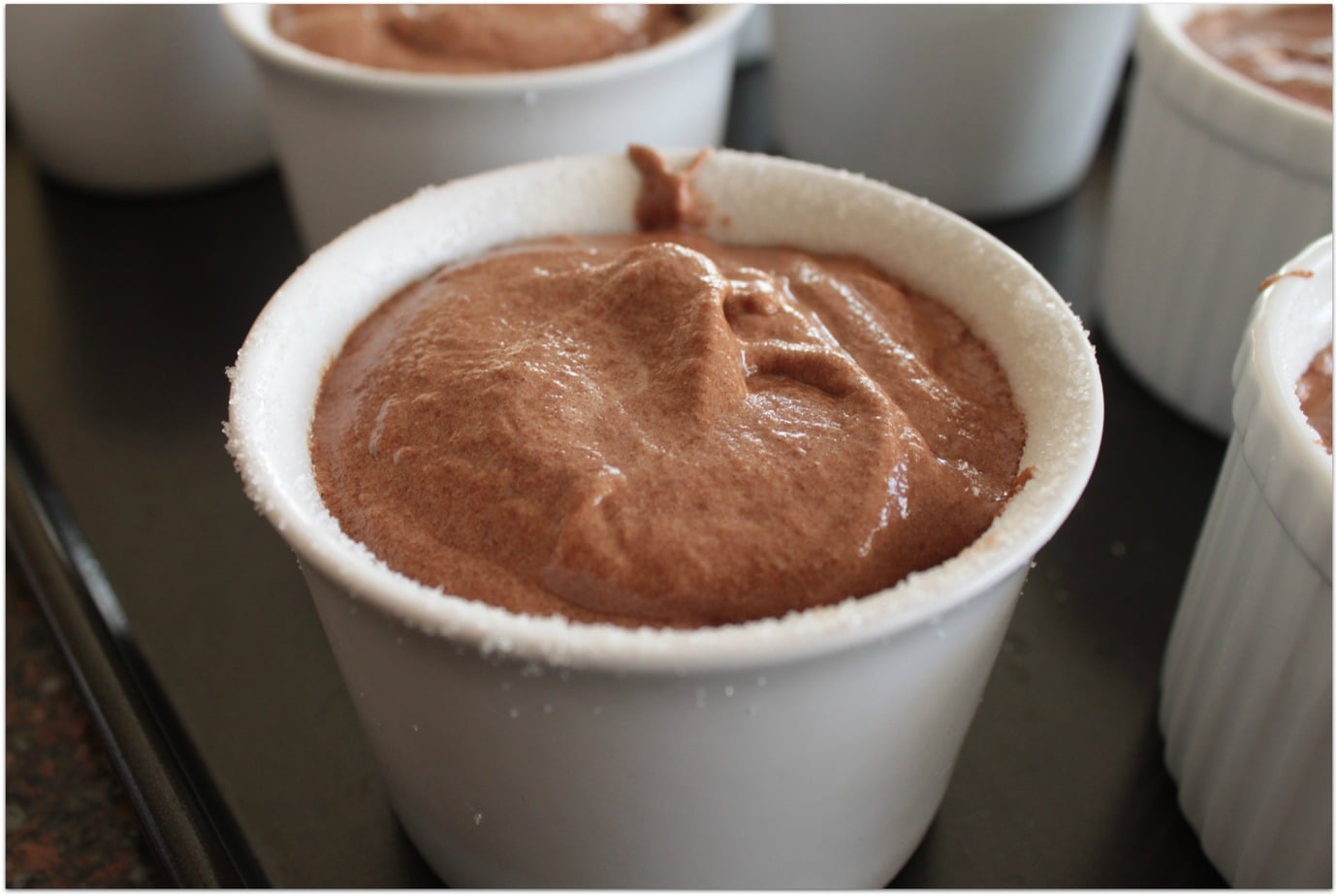 We all hung around anxiously watching the soufflés in the oven. 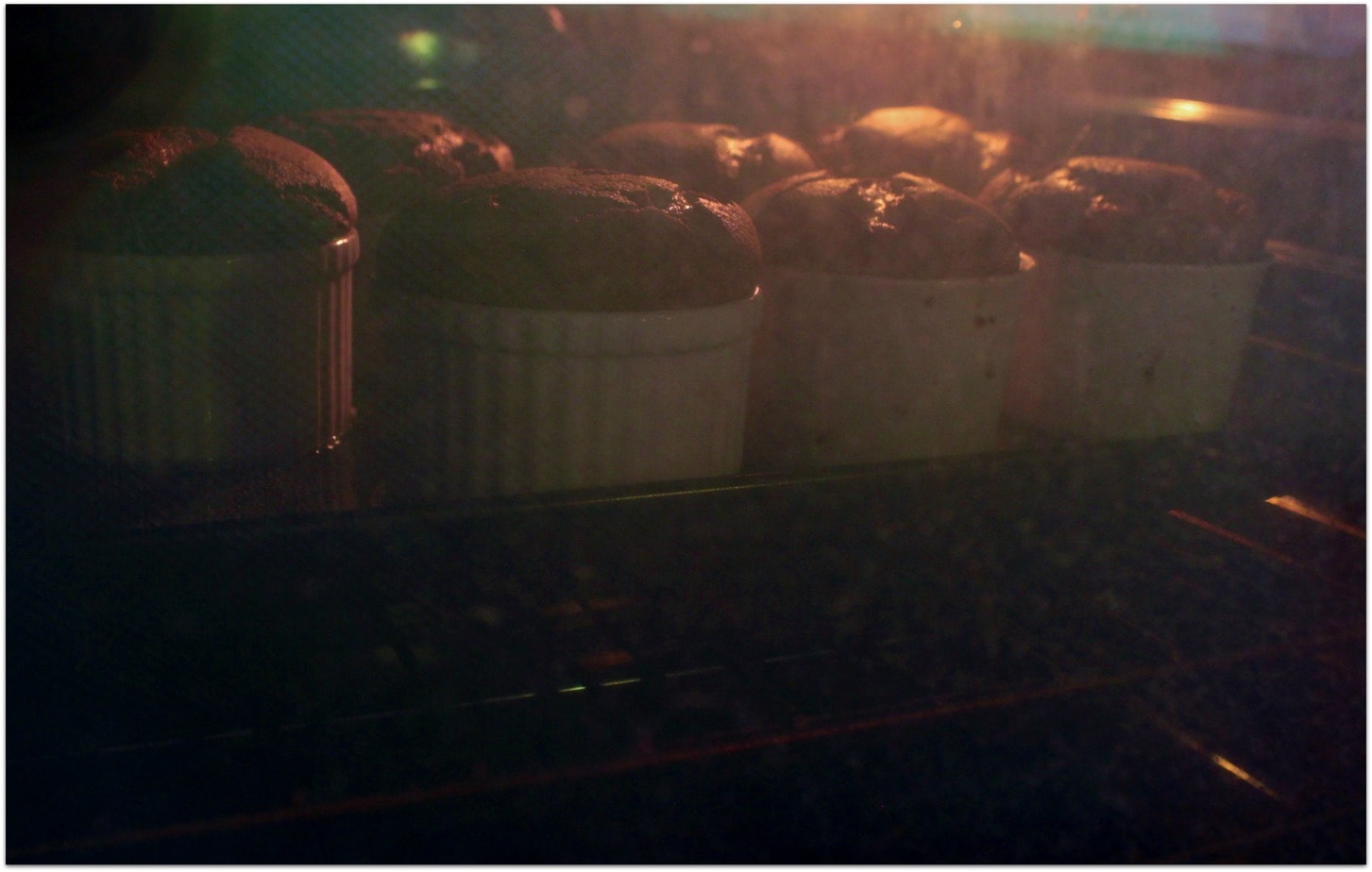 And meanwhile, I staged the scene for taking the final picture because I knew I wouldn’t have a long time to take pictures. I also whipped some cream and found some raspberries in the freezer to serve with the soufflé. 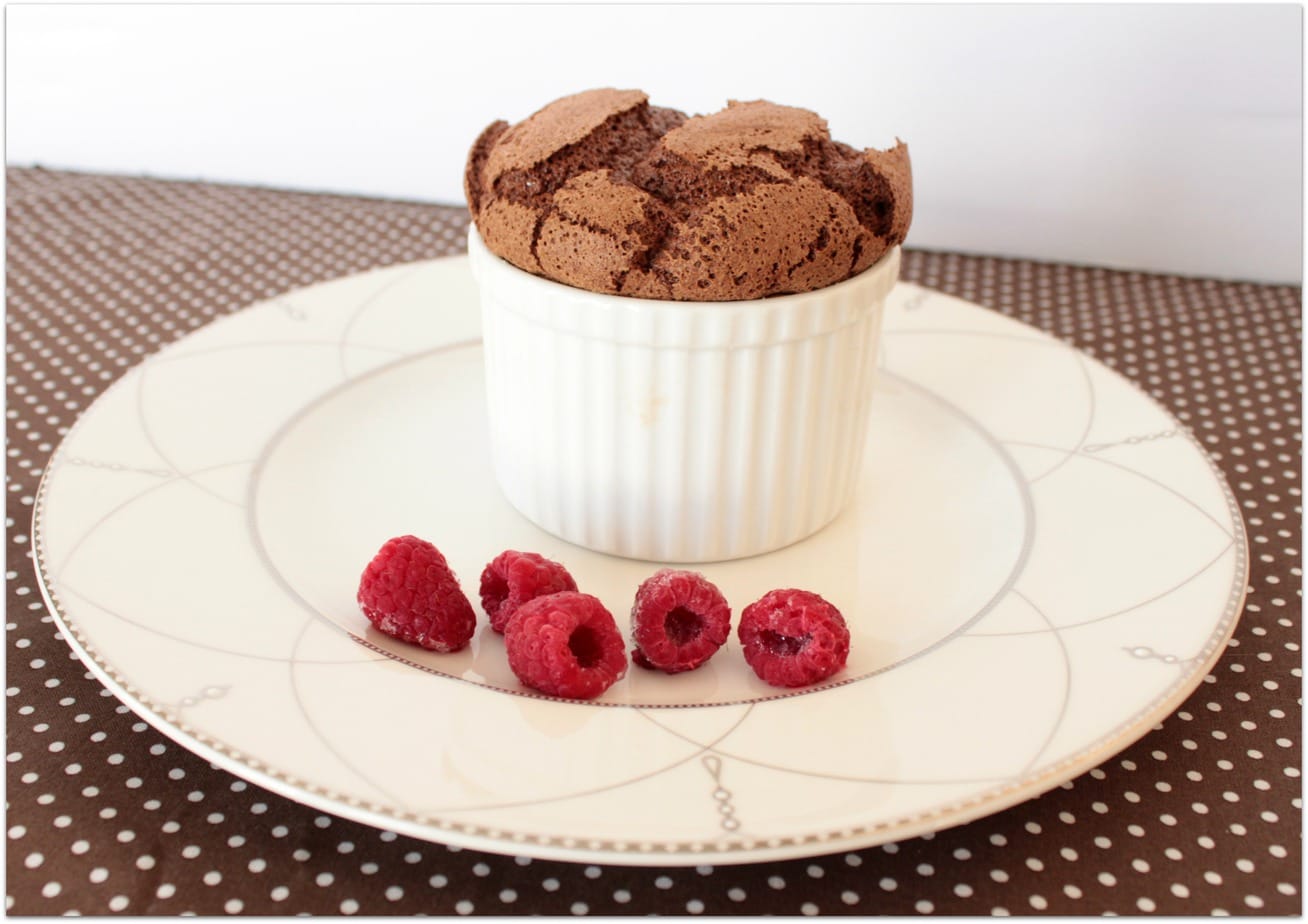 In all, I think my first attempt at making a soufflé turned out really well. They were nicely cooked and didn’t deflate for a good three minutes after I took them out of the oven. I would really like to try to make a cheese soufflé next time.

Other Chocolate Treats from Dish ‘n’ the Kitchen: 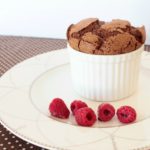