After all those beef related posts I really felt like eating, cooking and writing about something completely different. When I wandered into Blu Fresh Fish & Seafood I was looking for something I’ve never cooked before. I walked past the usual suspects; lovely red ahi tuna steaks, fresh Atlantic Salmon, Snapper and previously frozen scallops. Sigh. I really do miss the variety of the fish markets in Perth. In the back of the store I found a lonely little bag of frozen prepared langoustines and decided to cook them up. The kids and I had a pretty good discussion about what langoustines really were. I explained that they were a saltwater shellfish somewhere in between a prawn and a lobster as it is small in size but also has claws. Kid number two thought they were more like yabbies or marron, both freshwater crustacean species we had the pleasure to eat in Australia. Those little guys are great fun to catch! 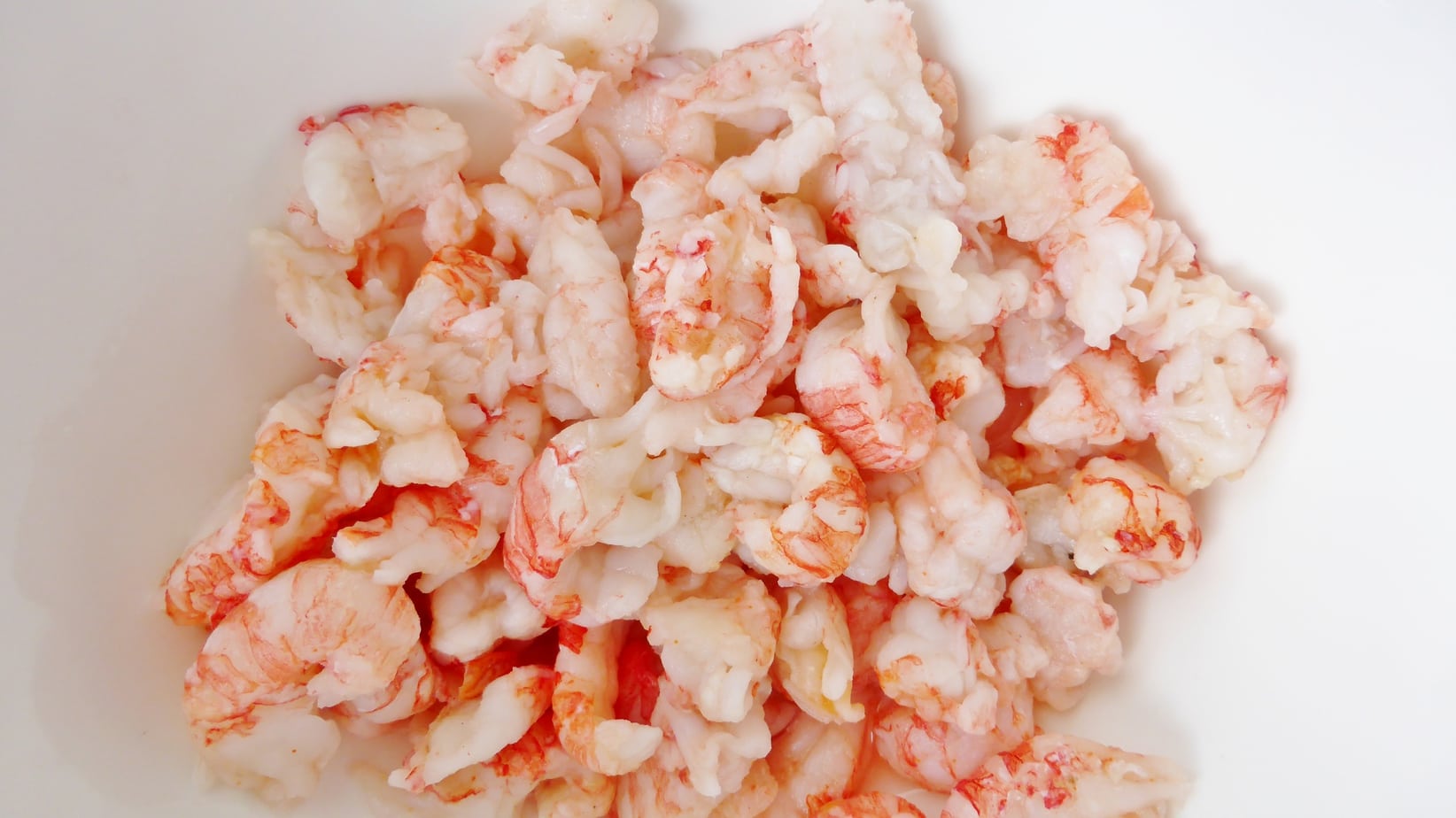 I thought finding a recipe would be easy or that I would just have them in a mascapone lemon cream sauce with fresh pasta. After searching online, I thought this non cream recipe from Emeril Lagasse looked really delicious…but Oh my goodness! Why is it that every recipe from Emeril makes me wish I had a sous chef? Really…fine dice a shallot, then an onion and mince all that garlic.  I’m still not the greatest at knife skills and I generally cook on the fly, prepping as I go.  This is often when I find out I’m missing some crucial and often irreplaceable  ingredient. However, when I finally decide on one of his recipes I’ve learned (the hard way) to do ALL my prep first.

I started off by making my own pasta and then doing the various dicing and slicing for the sauce. When it came time to roll the pasta, I really liked the texture of the dough. Everything was going just fine until I decided to use the angel hair (Capelli d’angelo) die to cut the pasta. The first pass of pasta I did was slightly cut but not all the way through. Now I remembered why I never use this die, d’oh! My choices were few. I could scrap that first bit of dough and use another cut or I could plod on using a different dough thickness. When the latter didn’t work, I just said ….(you don’t want to know what I said) and resorted to HAND SEPARATING EACH AND EVERY PASTA STRAND. I bet you didn’t know that was an option. I did have the time before dinner needed to be ready but I did think of about 10 other things I could be doing for that one hour of manual pasta separating. After a while though, it did become almost therapeutic. Almost.

I followed most of the recipe, except that I didn’t have any pancetta on hand. I think the dish was tasty enough without it though I had planned on throwing some slivers of prosciutto on at the end but forgot to do so. I also added some chopped spinach and tiny bits of sundried tomato which was largely unappreciated by my daughter. I won’t add the tomatoes next time and not because of her dislike, but because I think it threw the balance of the sauce off. It was way too acidic with both the lemon and sundried tomato. Next time capers might be a good addition as well. Since the langoustines were already cooked I just added them into the sauce after the wine had dissipated a bit, just enough to warm them up. 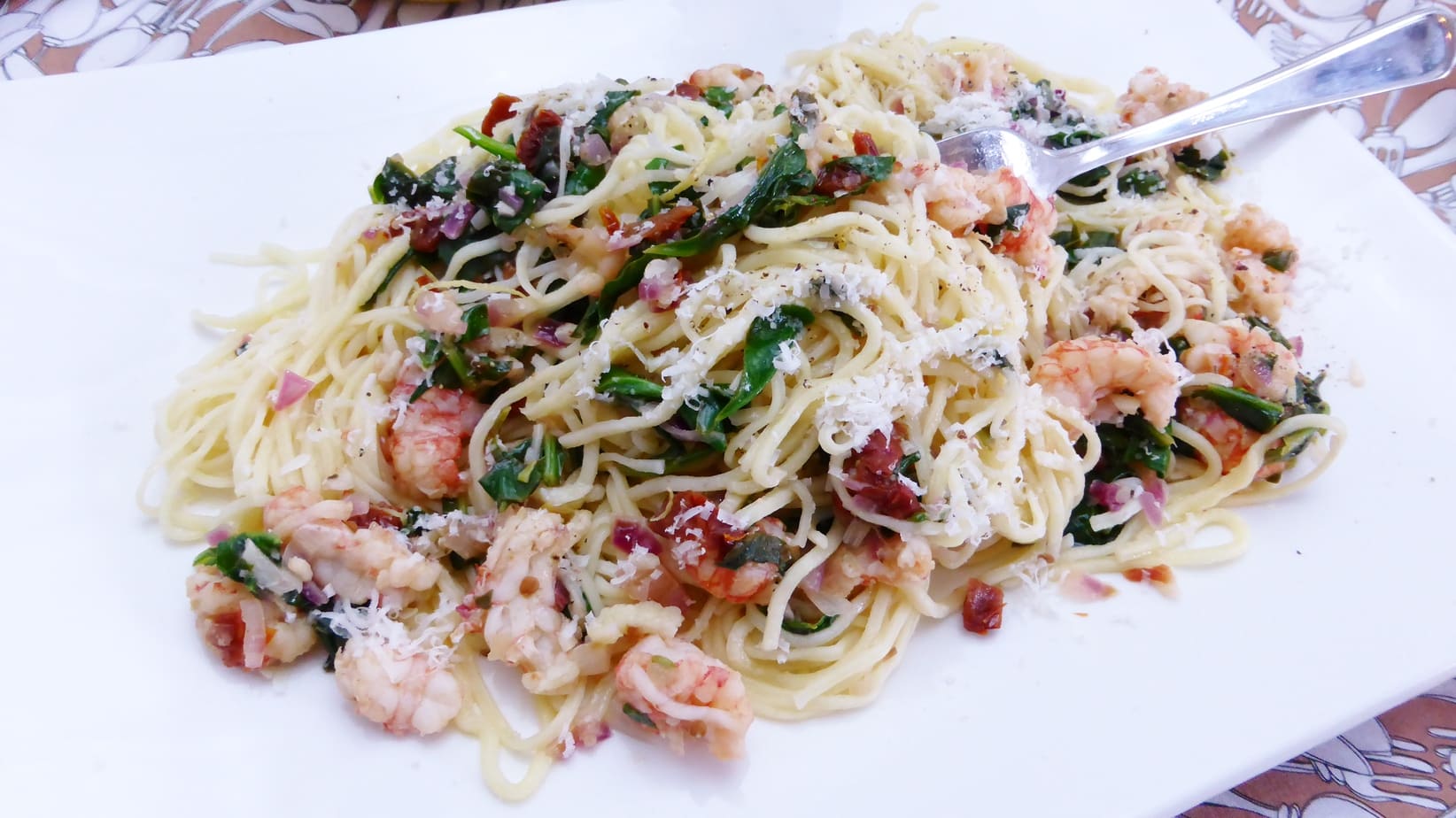 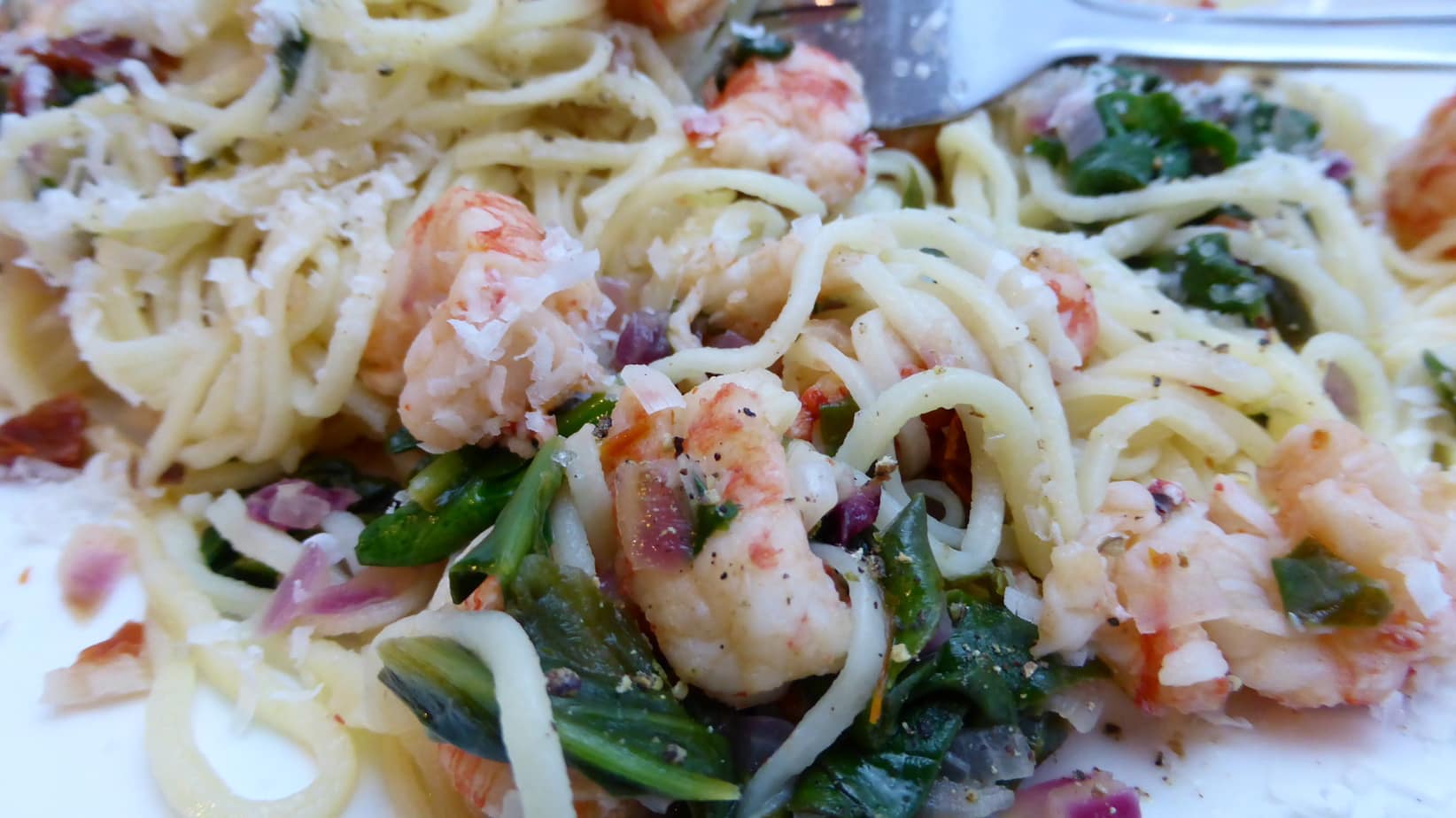