Fun Techniques to Try with Tomatoes and Green Beans

It’s 37°C outside and I’ve been frenching green beans in my underwear. It was slow going at first because I was really clumsy and didn’t know what I was doing. Then I figured out the correct technique and got a good rhythm going. Soon I had a large pile of finished beans. 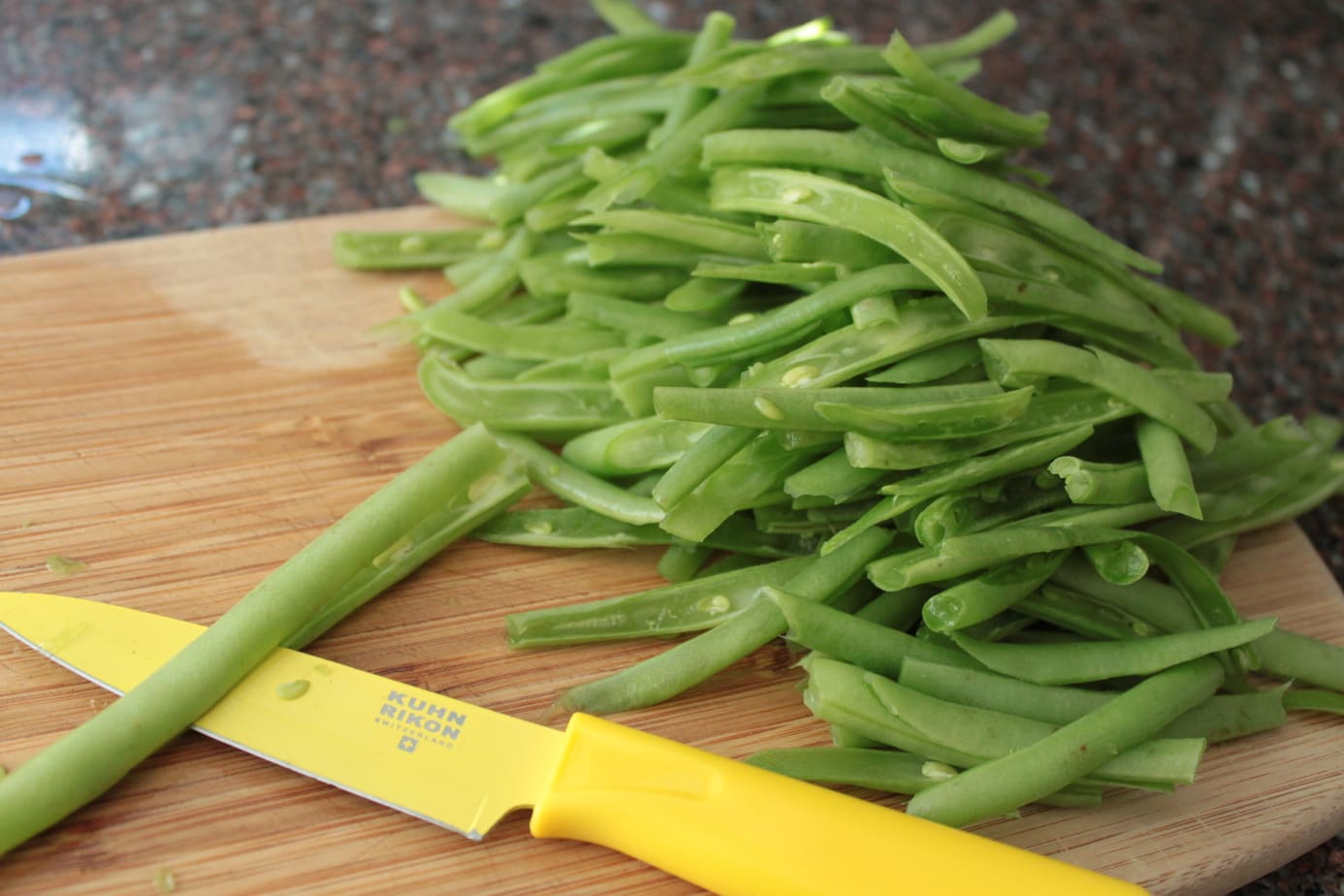 Ah  yes, please excuse the above sentences, full of double entendres and ‘cooking porn’. I usually don’t cook in my underwear but holy crap it’s hot! Here in Calgary, Alberta and we are really not used to such temperatures and I think it’s messing with my head.  Most people do not put in air conditioners because temperatures like these vary rarely happen and when they do they don’t last for long. We’re more likely to just go out and buy the last of the fans on the pallet at Costco and suffer through it or go out to eat in air conditioned comfort.  By the way, I love my new fan!

I had bought some new fresh green beans at the farmer’s market so I really wanted to use them while they were still fresh. Standing by the sink and preparing them was not too bad but cooking them was another matter.  I chucked them into a skillet, added a bit of water and put on the lid.  They steamed for a while until they were just soft, then I rinsed them with cold water so they stayed nice and green.

Then I was onto making the beurre noisette or browned butter. To be honest, I’d never done it before so this was all new to me. I don’t know why I waited so long though, it’s super easy. Just chuck some chunks of butter in a pan, melt and continue cooking until it turns a nice brown colour. At this point I also added some sliced almonds for extra ‘nuttieness’. Then I drizzled the sauce onto the beans and gave them a toss. Finished with salt and pepper of course. They were a lovely side dish to go with our barbequed tenderloin steaks. 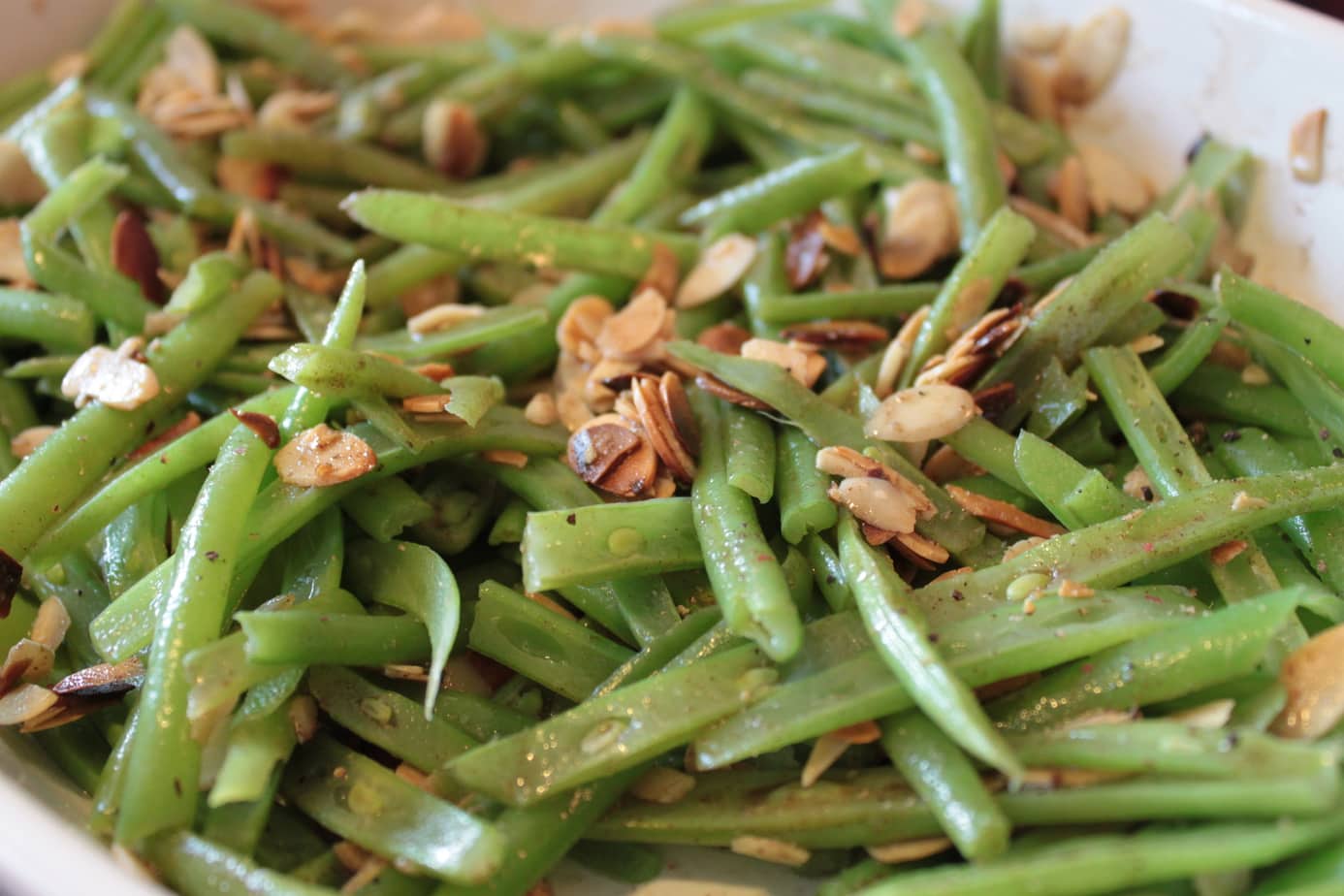 In a previous post I mentioned a cute little tomato technique I learned in Thailand.  On vacation  in Phuket, we decided to take a vegetable/fruit garnishing class as a family. The chef sat down with us and showed us several techniques that they used at the resort. I think they went easy on us though, some of the special vegetable/fruit carving I saw on the buffet lines and dinner plates were pretty intense.

To make a tomato ‘rose’, start by turning the tomato over and beginning at the little dot on its bottom, score the skin in a downward motion until you get down to the base. Do not slice all the way through the stem part of the tomato. Make eight of these ‘scores’. 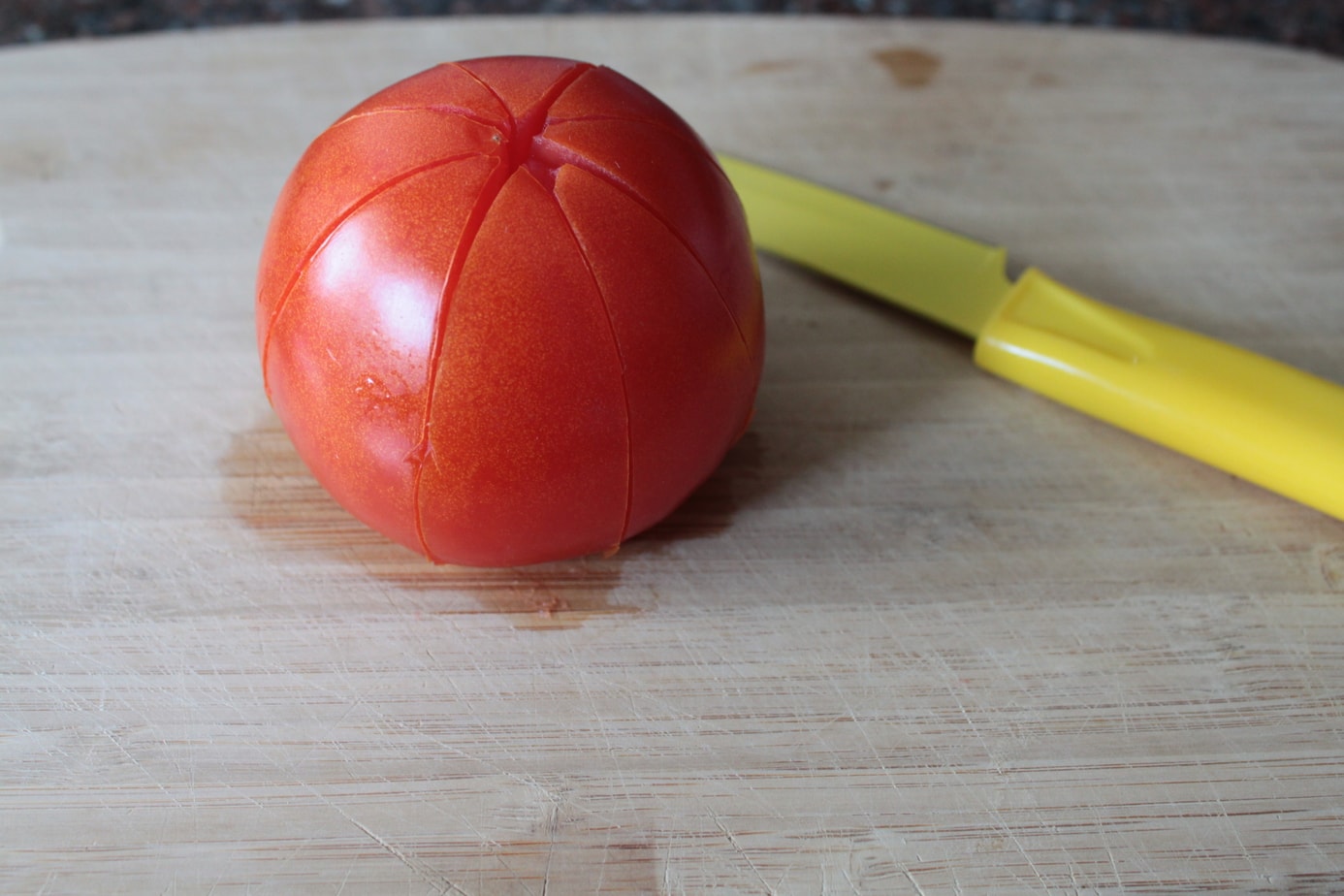 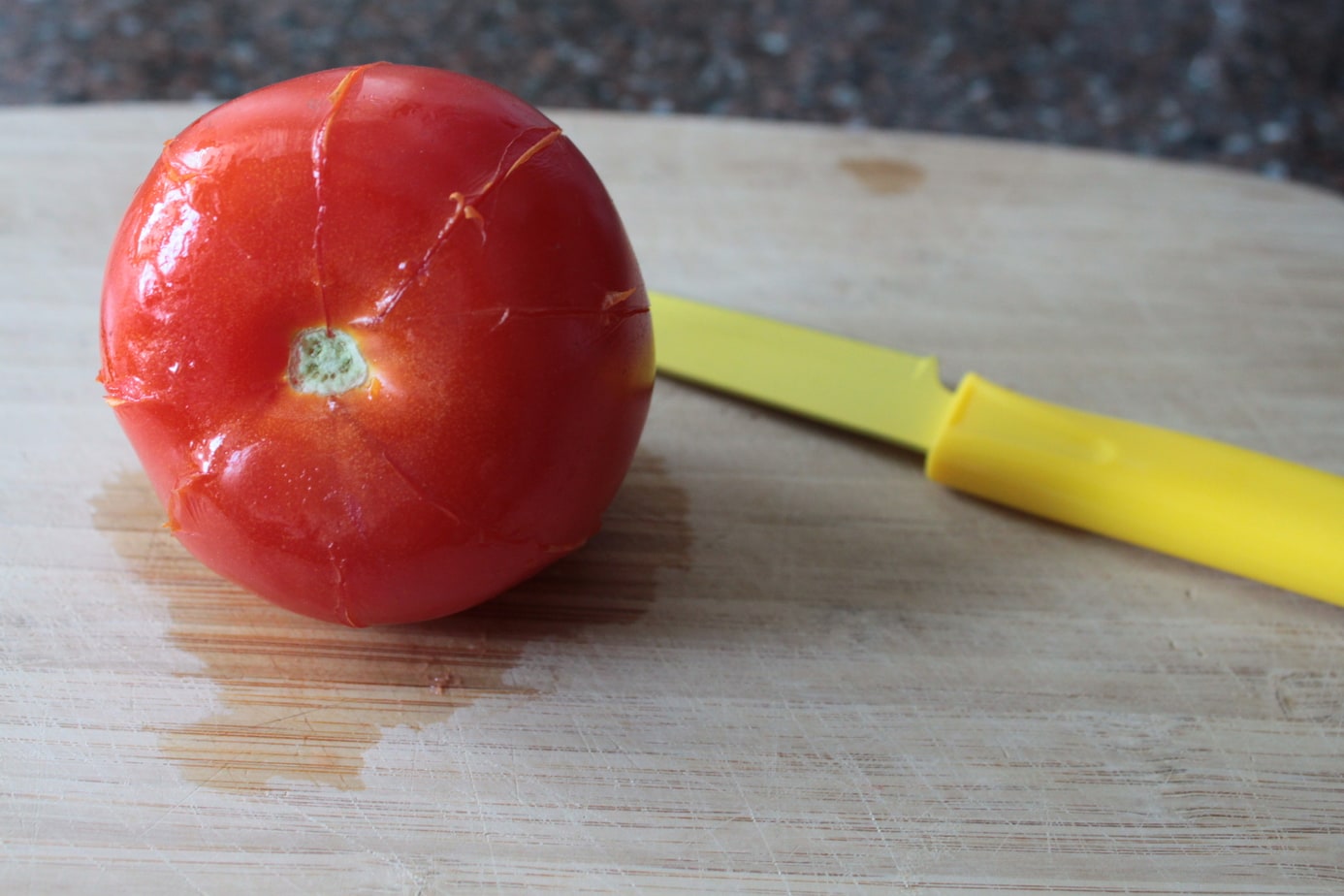 Next insert the tip of your knife  under one of the cut wedges and tease it downward so the slice comes off of the seed portion of the tomato. Repeat for the rest of the wedges. If you want to make a flower, use a smaller tomato for this technique. I do it just to core and seed my tomatoes for salads, etc. I’m not a big fan of tomato seeds. For salads, I always salt the small diced tomatoes for a couple of minutes before use. 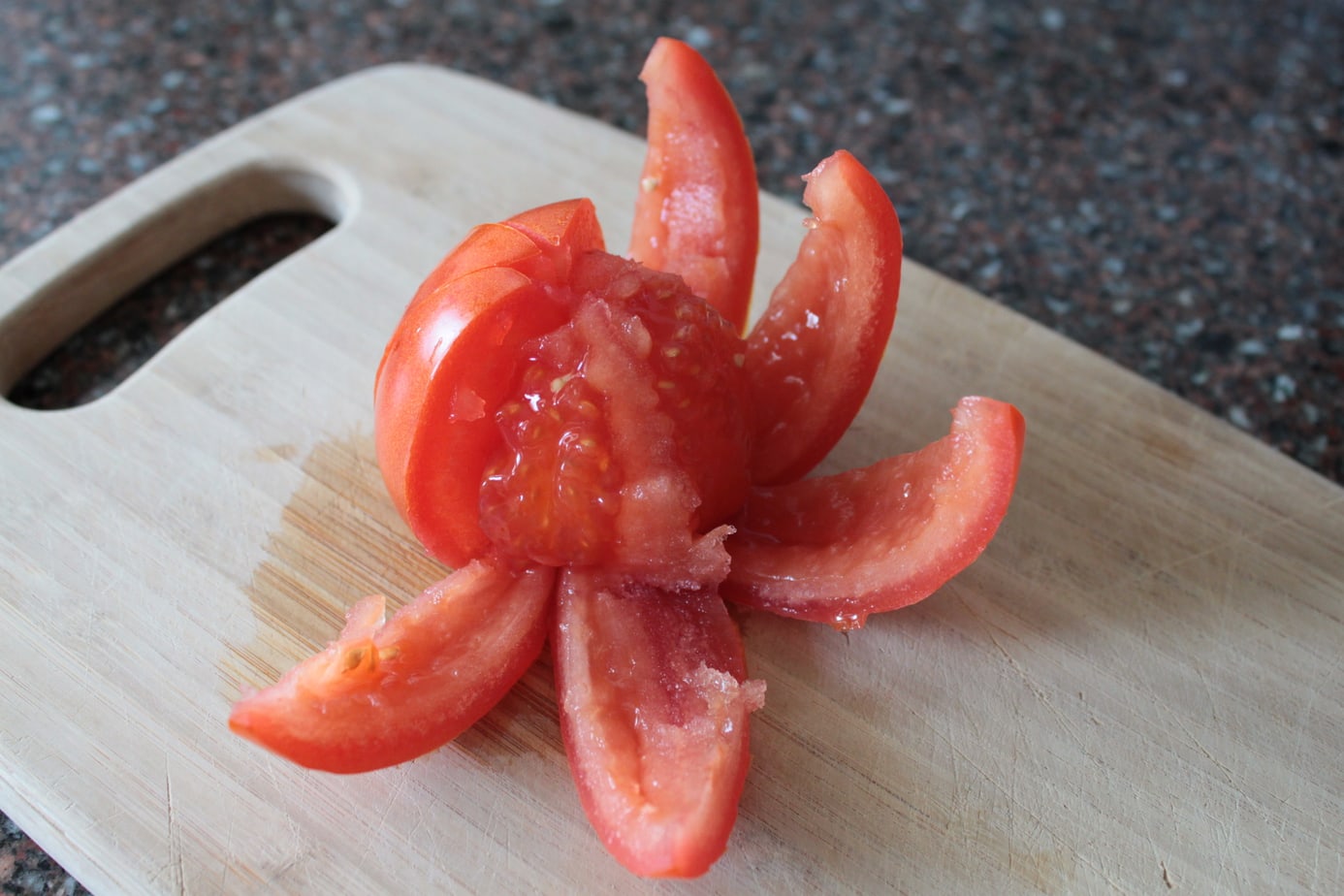 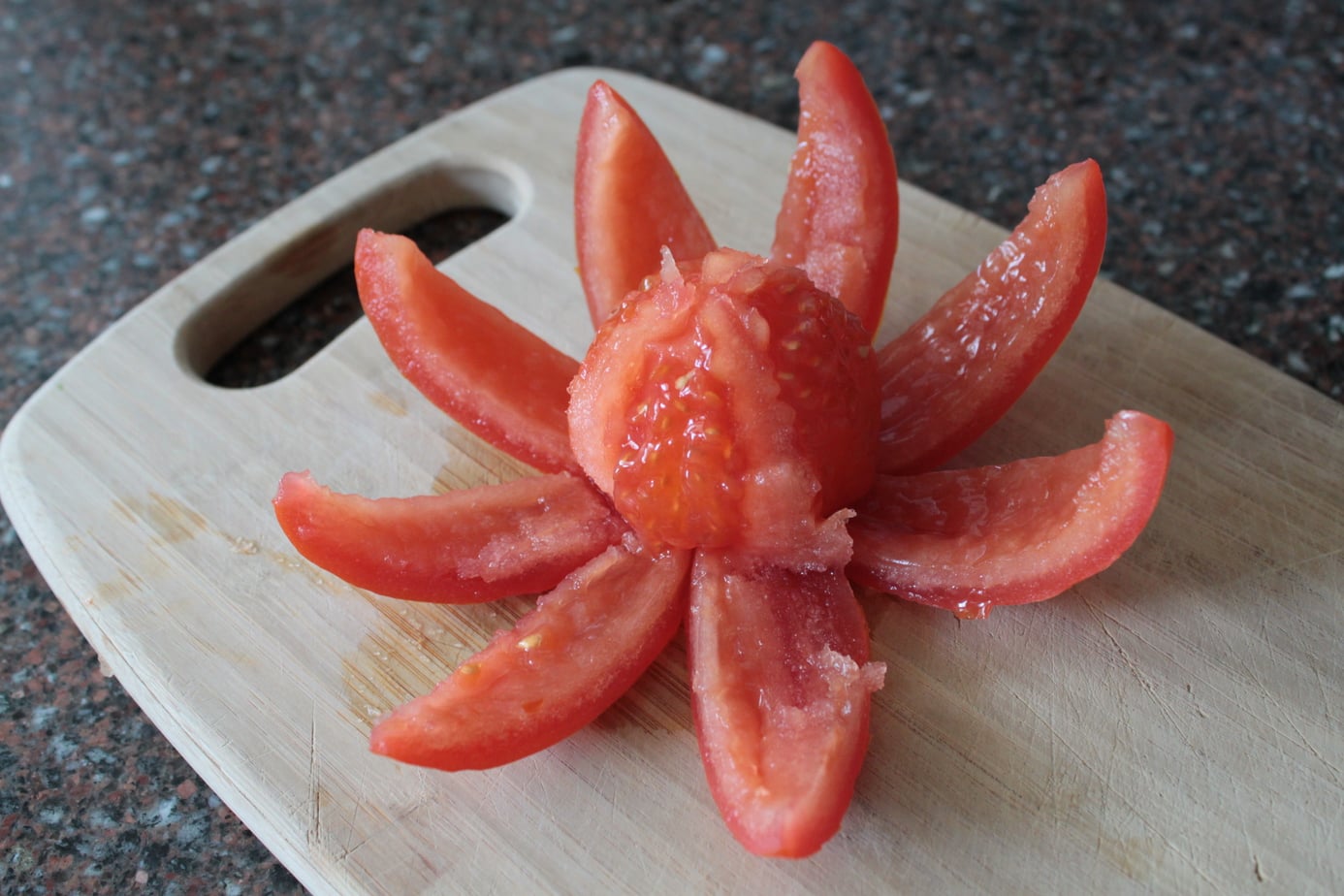 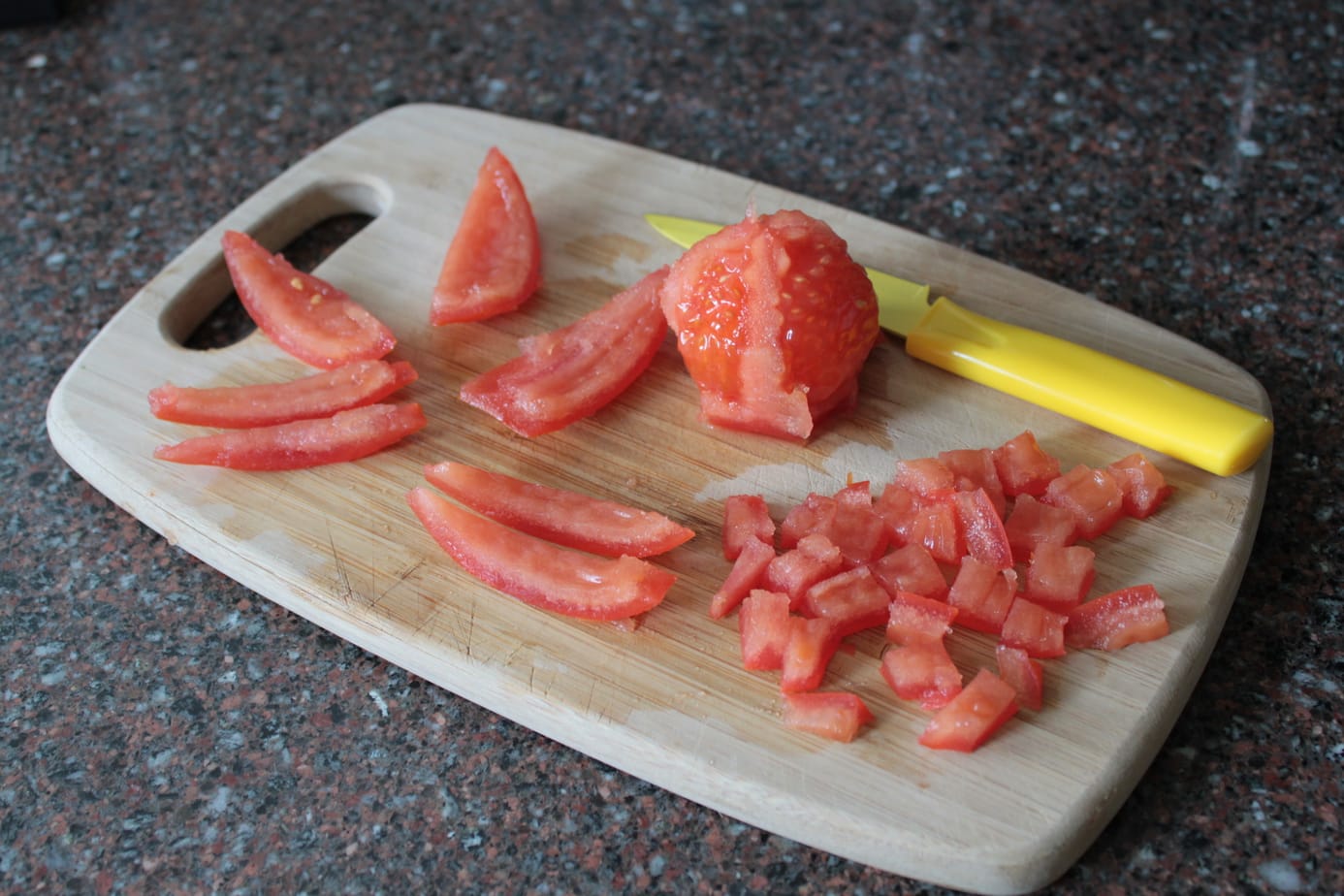