Disclaimer:This post has been sponsored by The Wild Mountain Music Festival. I feel very fortunate to have been given passes to the event and compensated monetarily for my time.

Summer season is here and music festivals are popping up all around the province! Last summer we were recovering after our son’s May wedding in Maui so we were pretty house bound but this year we’re going to be making the most out of Summer 2018 by getting out there and attending some amazing events across the province.  Soon we’ll be digging the old tent trailer out of storage and hauling it up to Hinton Alberta for the Wild Mountain Music Festival. Three days of camping in the fresh mountain air in the picturesque Alberta Northern Rockies (right at the doorstep of Jasper National Park), soothed by the sound of amazing Canadian artists is really exactly what I need right now. I’m going to slow right down, throw on a hoodie, and pop a cold one while I chill in my festival chair. Though I have a million things to do before then, I can almost feel my heart relax and become one with the beat already.

By the time we attend Wild Mountain Music Festival (July 13-15, 2018), we will officially be empty nesters! It’s a bit shocking to me as it feels like it was only yesterday that we were packing up the tent, camping gear, dogs, and kids then heading Eastward to my childhood home for the Ness Creek Folk Festival. Our oldest must have been around 10; old enough to be hungry all the damn time but young enough to worry about bears coming to eat us in our tent. So many memories of that time in our lives are coming back now…the younger kids crafting all day and getting painted up for the children’s parade, the oldest scowling in a blanket under the stars, the sounds coming from the vibe tent as we drifted off to sleep in the fresh air and the FOOD! Ha ha! Come on, you know food would come up at some point after all, this IS a food blog. That particular Festival was pretty bare bones but they had a communal kitchen where you could bring food and volunteer your time to feed yourself and your family. There were few food trucks back then but I’ll never forget the bliss I felt eating Sour Cherry Pie under the stars with my children all passed out on the blanket around me. There wasn’t anywhere else in the world I wanted to be at that single moment. So many people think that having kids slows you down but really they just keep you grounded in the most amazing way.

Food trucks are much more mainstream now and I’m looking forward to checking out the variety available at Wild Mountain Music Festival. I wouldn’t be a true food lover if I didn’t do my research ahead of time and I know that hubby will be most excited for tummy filling perogies and sausage while I am most intrigued by the ‘Tacos in a Bag’ concept. Let’s be honest, I’m pretty much up for Taco ANYTHING.

Today I took a look at the Festival line up and was excited to find Tom Cochrane with Red Rider as the Saturday headliner. I’m for sure dating myself here but I would be remiss if I didn’t reveal that  his catchy Canadian anthem ‘Life is a Highway’ was the theme to my high school graduation! Speaking of high school, one of the other acts on Saturday is Ayla Brook & The Soundmen. I went to high school with Ayla and he’s a true performer…it was a thrill to attend his shows back then because I had such a huge crush on him. In yet another bizarre high school connection, Winnipeg native and two time Juno Award winner Fred Penner will be performing at Wild Mountain too! No, I didn’t go to high school with Fred Penner (how old do you think I am?!) but my father in law did. Mr. Penner’s music was a prominent fixture in our home as our children grew up and I’m honoured to have the chance to see him perform live right here in Alberta. Here’s a list of the amazing 2018 Wild Mountain Music Festival Lineup…there seems to be a little something for everyone! 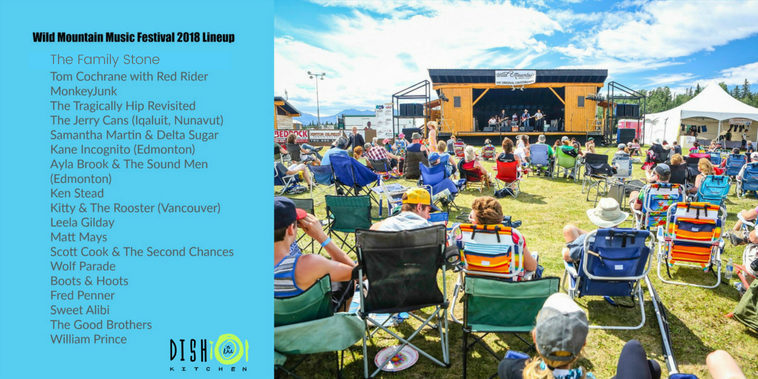 Those are just the artists that I know and there’s so much more to discover; I’ve been listening to some of the ‘new to me’ artists online as I write this post and really, this festival is such a unique opportunity to listen to music from all over Canada from Manitoba to Vancouver to Nunavut! If you’re like 2017 me and dreading another beautiful summer weekend being stuck at home, grab some weekend passes to Wild Mountain Music Festival, organize that camping gear and meet me there; I’ll even have a cold beer waiting for you! Passes are available for the full weekend and on a daily basis but with this lineup I think you’ll won’t want to miss a beat.

Did you read that whole post with the words Sour Cherry Pie stuck in your head? You’re in luck because today I’m sharing with you the recipe for these sweet little (shareable) Sour Cherry Cheesecake Hand Pies. They taste just like the ones I associate with my most cherished music festival memory. They freeze well so make a batch and share them with old and new friends at your next music festival.

Get Pie-eyed with these Dish ‘n’ the Kitchen Pie Posts: 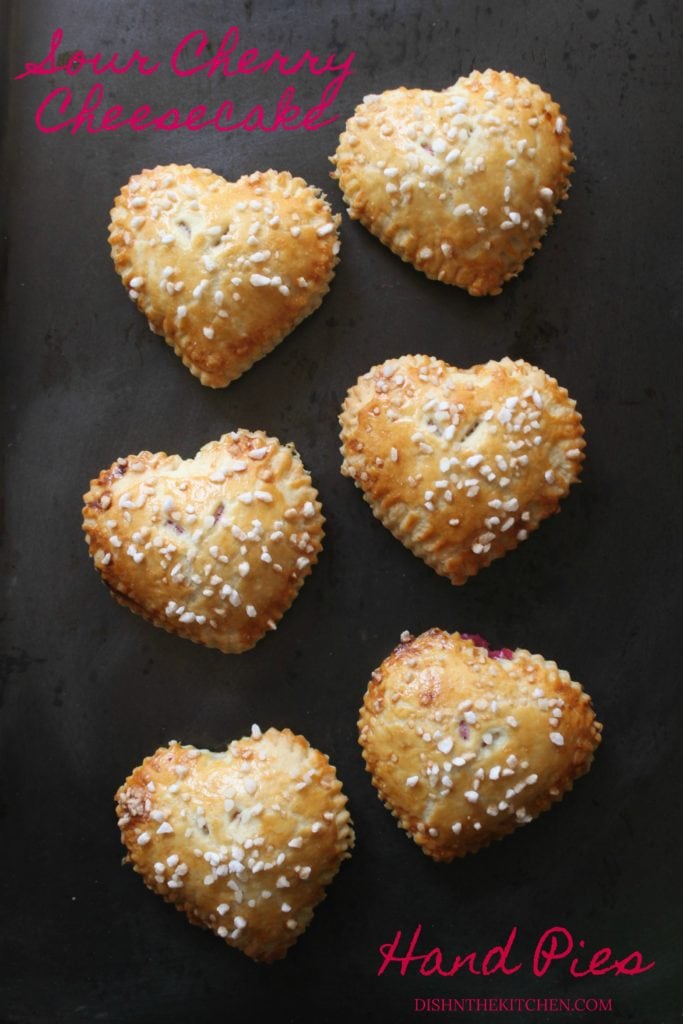 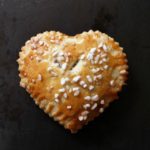 5.0 rating based on 1 rating
Sour cherry season doesn't last for long...capture their flavour and combine them with cream cheese in these rocking hand pies.

FOR THE PASTRY FOR THE FILLING