Growing or Selecting Your Borscht Beets

As soon as the beets leave the garden soil, the kids started requesting home made borscht. The year I planted ‘candy cane’ or Chioggia beets, they were disappointed to learn that they weren’t destined for borscht. Chioggia beets are equally delicious and much less messy than regular beets. I do suspect that they would probably make one strange looking bowl of borscht. After much begging, I finally gave in and bought a bag of red beets from the Farmer’s Market, along with some oh-so-seasonal purple cabbage.

Borscht is Just Not the Same Without Fresh Dill

Finding the fresh dill so late in the season is sometimes an issue. My mother would just shake her head and roll her eyes at me if she was reading this; she has so much dill in her garden! After much searching I ended up finding some fresh dill at the grocery store. While I do prefer fresh dill, I have used dried dill (thanks mom!) in this recipe before and it is still a very tasty soup. 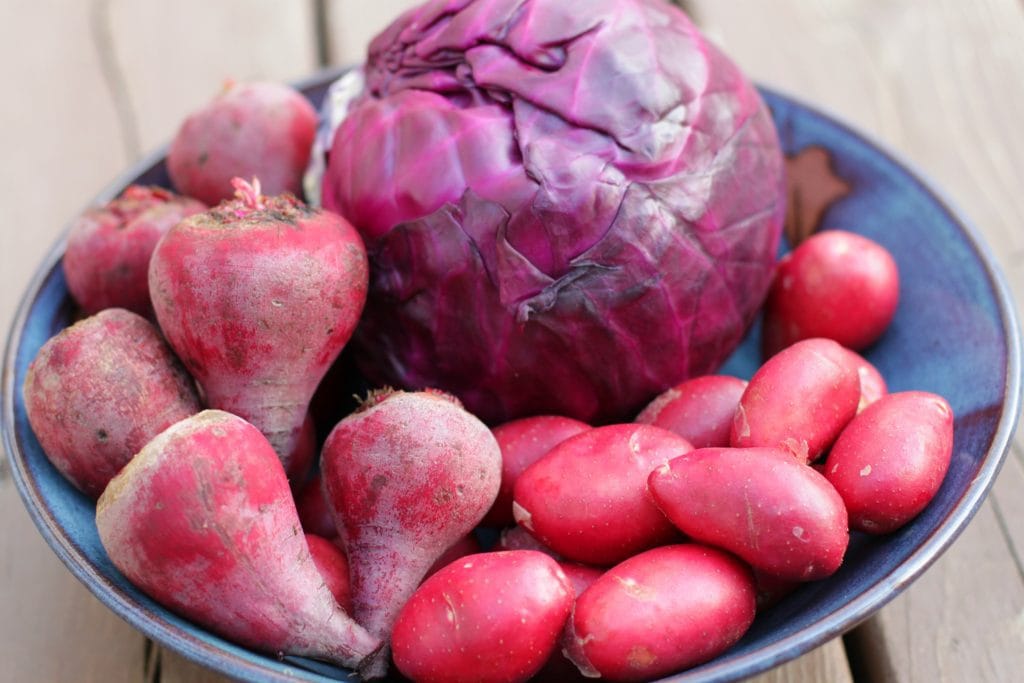 With all our scheduled family activities, dinners are usually late during the week. Sports are very demanding and it is difficult for the kids to eat a large dinner before all that physical activity. On most days, they just end up having a quick snack when they come home from school. Then we all eat a lighter dinner much later, around 9 pm most nights. Having dinner so late in the late fall and winter complicates taking food photographs. Sigh. It’s almost time to set up the soft light box again. 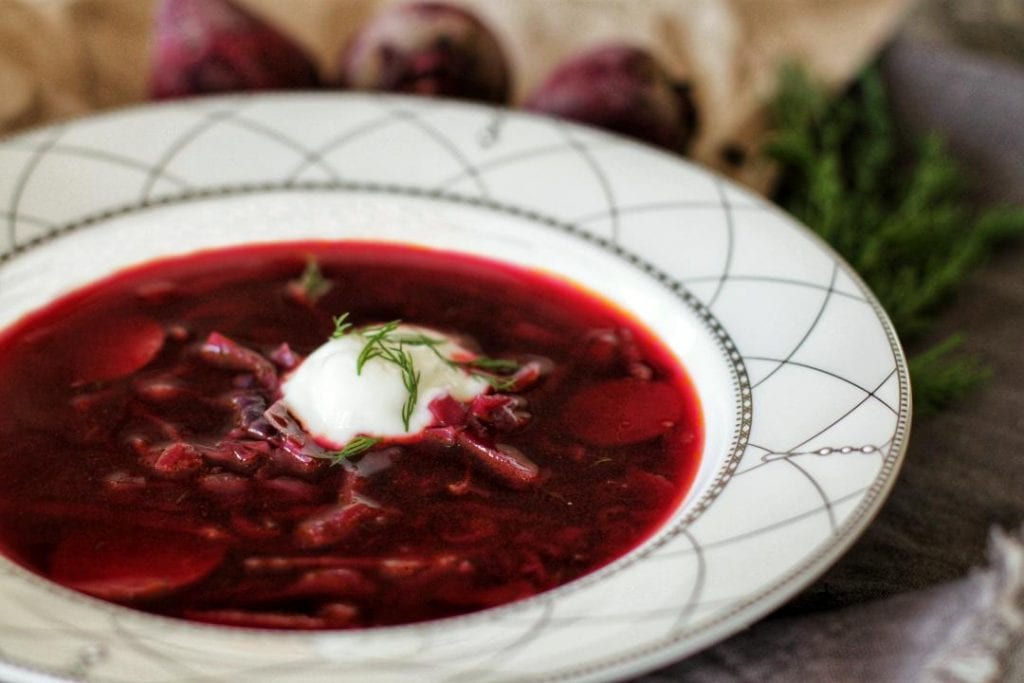 On borscht nights everyone looks forward to this special treat when they got home. They reminisce about ‘All the Borscht’s they’ve loved before’ and discuss them all on the ride home. They all agree that they prefer their borscht chunky with a thin broth, just like I make it.  Borscht doesn’t take much time at all to make so really it is something we should all enjoy more often. 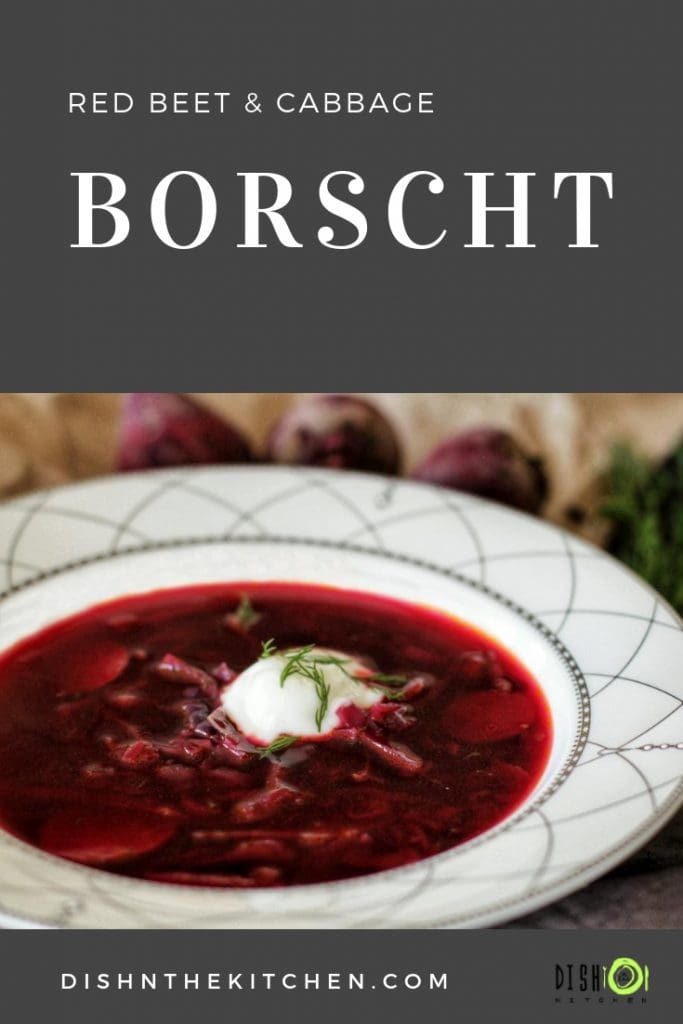 Go a Beet Crazy with Dish ‘n’ the Kitchen 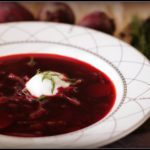 0.0 rating
There are so many versions of borscht...this one contains beets and red cabbage.