Here it is, a Sweet n Sour Chunky Style Rhubarb Barbecue Sauce. It’s great on pork chops on slathered onto a burger…it’s such a great way to use up your rhubarb harvest!

The daylight hours are shortening and I have picked the last bunch of rhubarb from my very productive plants. Since I’ve been busy making  jam, pickles, and preserving right now I was also in the right frame of mind for doing something special with the last of the rhubarb. Not that Rhubarb and Strawberry jam or Rhubarb Muffins aren’t special, I just wanted to try something…new. I’ve never made my own barbecue sauce before and I was thinking that maybe the tartness of the rhubarb might bring something special to a home made sauce. After a quick google search I found out I wasn’t the only one who thought so. This made my decision to try making my own Rhubarb Barbecue Sauce an easy one.

This recipe also uses no tomatoes (for you tomato free people out there) and doesn’t rely on using ketchup, which many recipes do. I think that’s cheating. 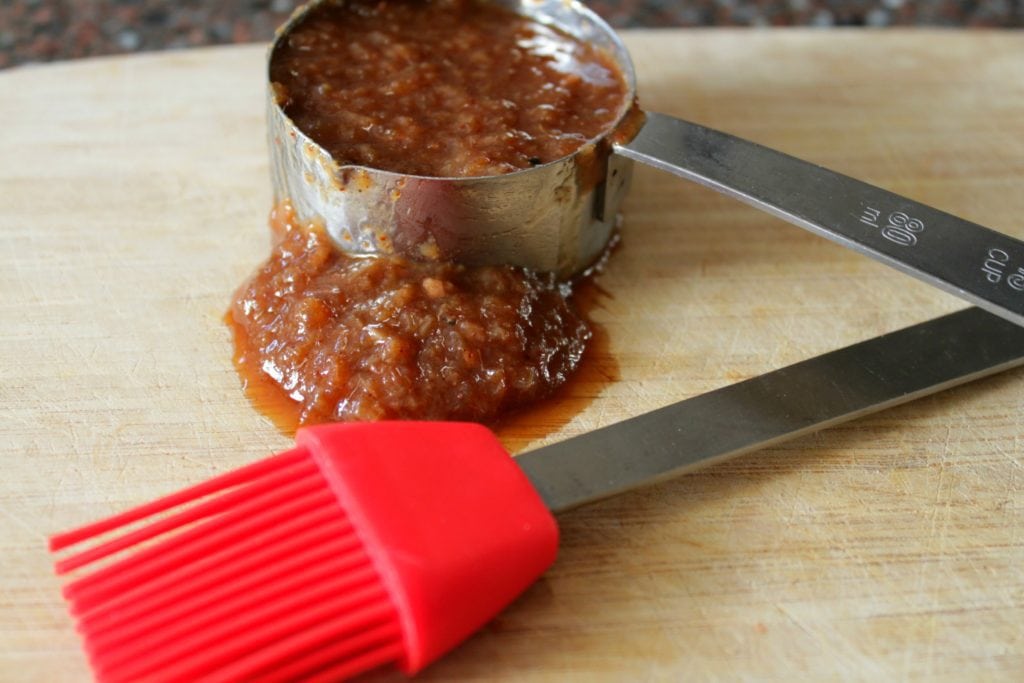 I’m not going to show you lovely pictures of bubbling brown goo because that is what the barbecue sauce looked like while it was cooking on the stove. Plus we all know what rhubarb looks like right? (read: I forgot to take a before and during shot!). I’ve been dreaming up ways to use this slightly spicy and sweet, tart barbeque sauce.  I thought it would go with pork best of all so I had hubby grill me up some pork chops and slather the sauce on while they were grilling. He doesn’t always do such a photogenic job while barbecuing but since I told him these were for a blog post he upped his game a bit.I’m not sure what to do with the sauce next but thought of pulled pork are running through my head. Do you ever get a dish in your mind that won’t leave until you make it? 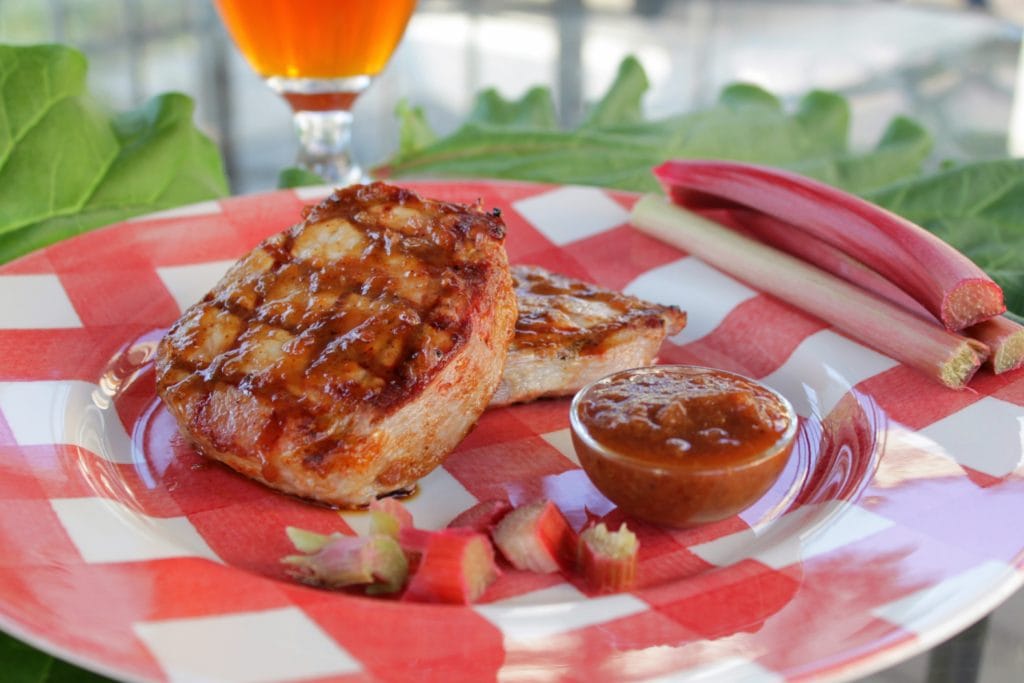 Plus…a thought about the word ‘Barbecue’.  I’ve always thought there was a Canadian and American spelling of the word like there are for many other words. For example, neighbour/neighbor or exercize/exercise. I just assume that spell checker is set to highlight American spelling and ignore it. However, today I looked this word up because it intrigued me. It seems that the shortening of the word Barbecue to BBQ confuses some people (myself included) into thinking that there is an alternative spelling to the word and it includes a ‘q’ as in Barbeque. So now we know the presence of a ‘q’ in place of ‘c’ in the word Barbecue is not correct. 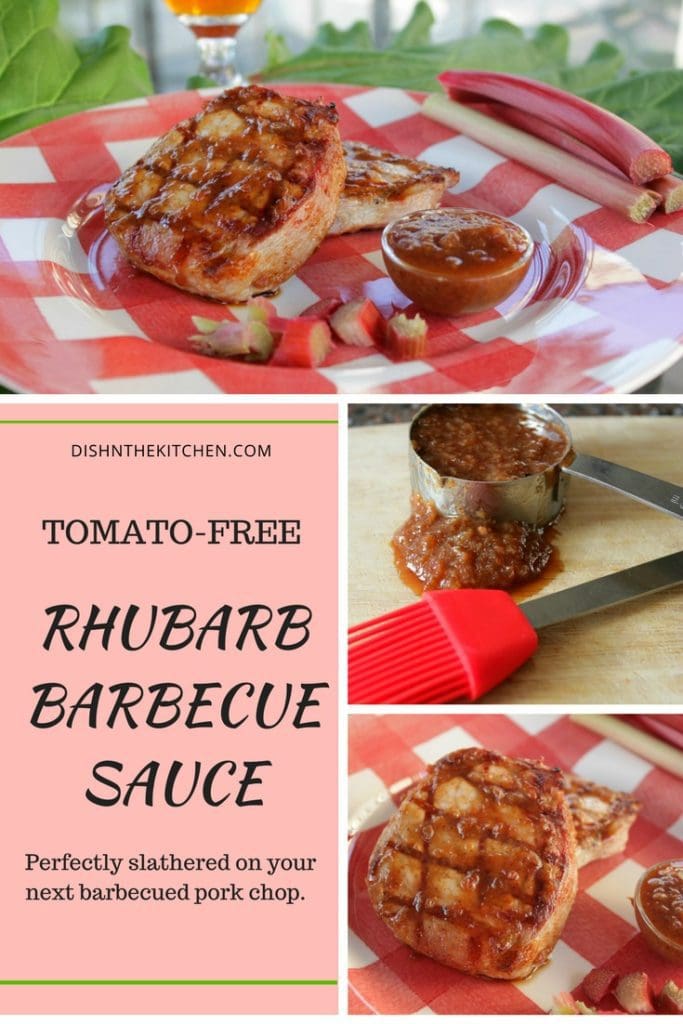 Get Saucy with Dish ‘n’ the Kitchen: