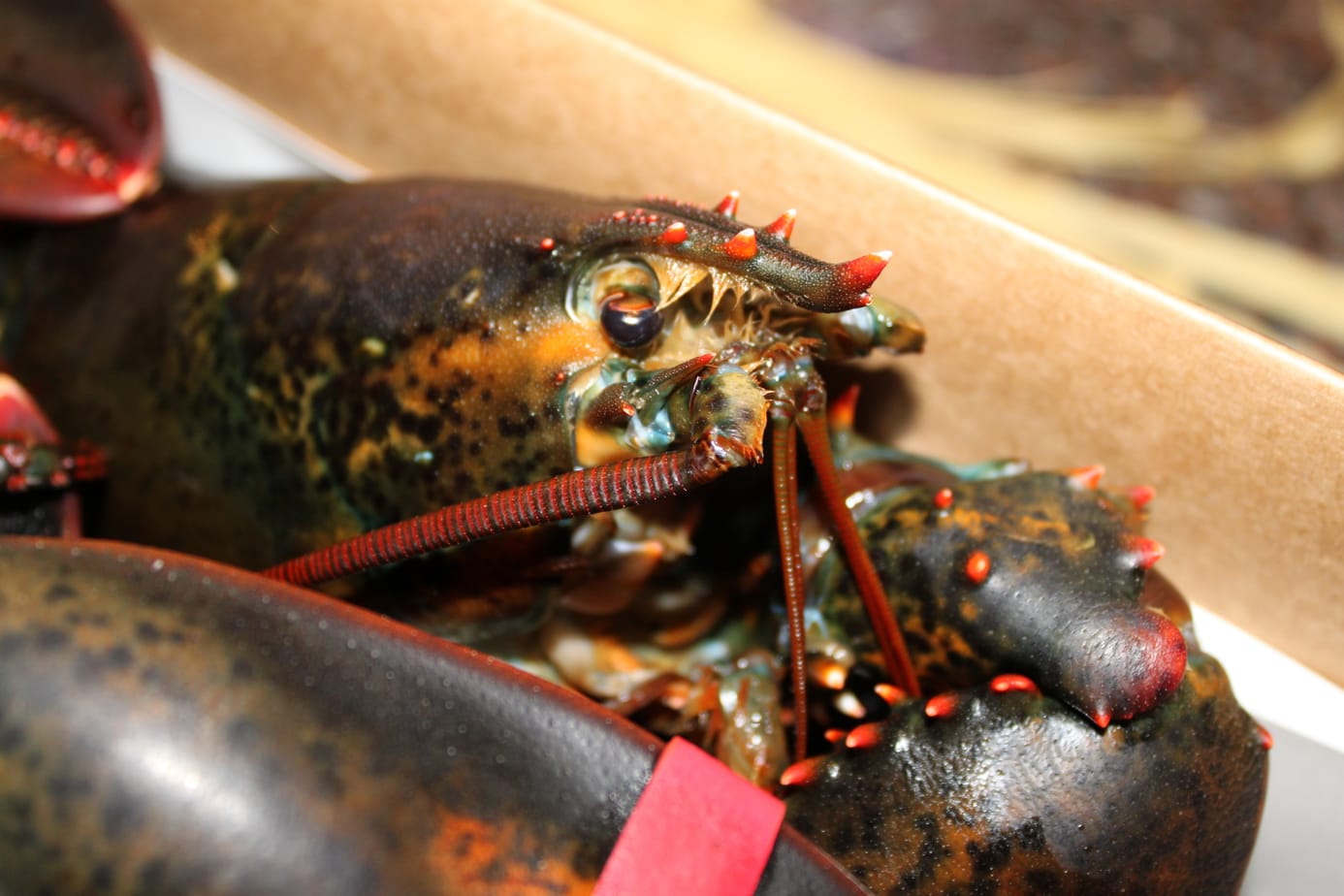 This is not the most ‘everyday cooking’ type of post but I’ve been craving shellfish for a while now and soon it will be my birthday (and Valentine’s Day). The store my son works at has lobster on special right now so I decided to splurge. The grand occasion of cooking live lobster demands an extra ‘something special’ so I have decided to make fresh fettuccine with Carbonara. Having the Carbonara sauce on top is just ‘icing’ on the cake as in all honesty, we may eat it about once in every 5 years!

I’ve been making fresh pasta since university and believe me, that was a long time ago. It was one of the first ‘kitchen skills’ I learned and it wasn’t perfect from the start.  I have done the dough by hand and it’s not that hard, but most of the time I use my bread machine on the dough setting. It really is the only thing I use my bread machine for now! Once the dough is done I let it rest for a while and then I get to work with my pasta roller. No fancy KitchenAid attachment for me. This is also usually the point when the kids, especially kid number one comes into the kitchen to ‘help’. It used to be a disaster but now he’s actually kind of good at it. 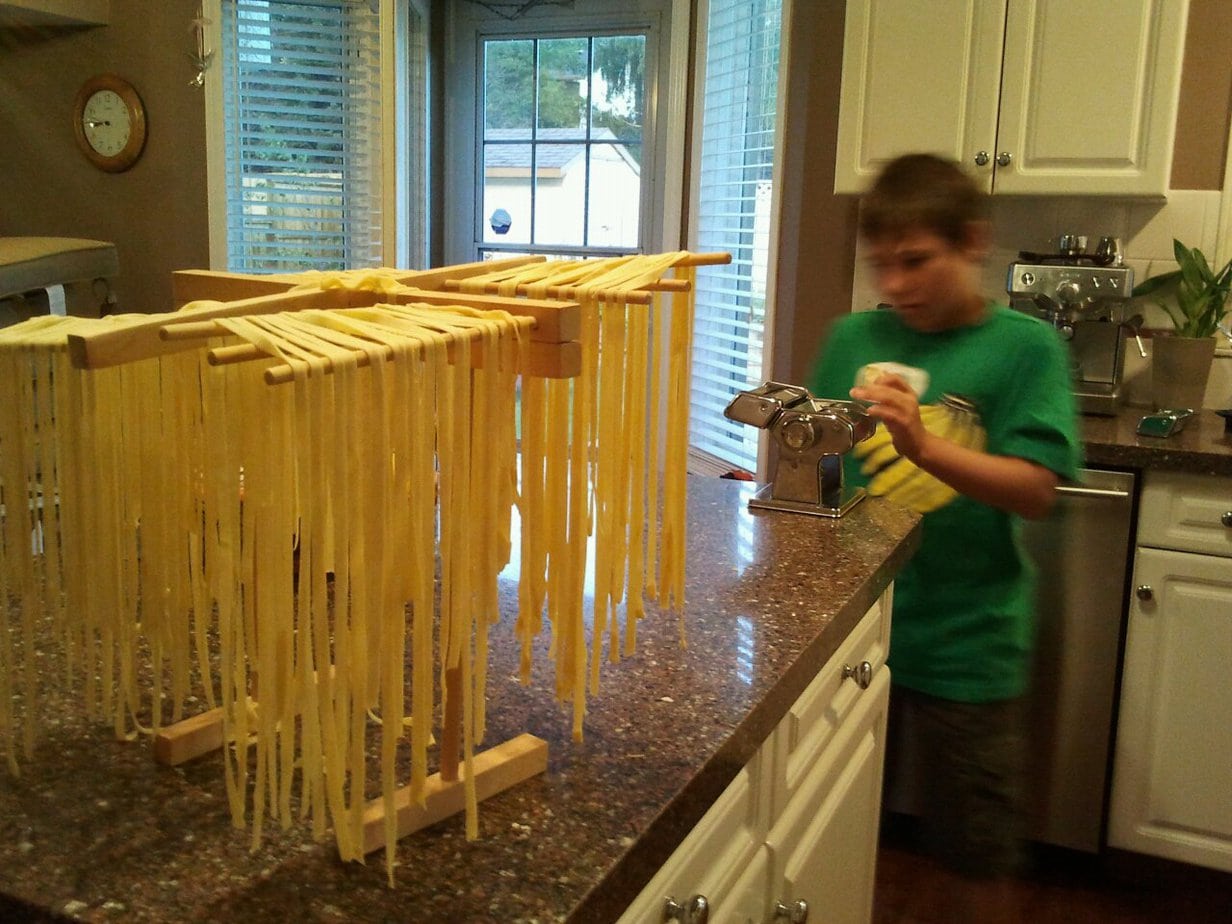 After the pasta was dried, we boiled it until done (5 min?). I just check it as I go. Tonight this fresh pasta deserved a gorgeous, decadent sauce. For the Carbonara I fried up some bacon (drained off the fat), then added 3 cloves of garlic and finally about 3/4 cup of whipping cream. Wait a minute, didn’t the previous post say I cringe at the idea of whipping cream? I am such a food hypocrite!!   When the pasta was done I drained it and put it back in the pot, adding three beaten egg yolks (and some pasta water) stirring vigorously until glossy. Then I added the bacon/cream sauce and about 1/2 cup of grated Parmesan. I was going to add some peas in there somewhere but forgot. 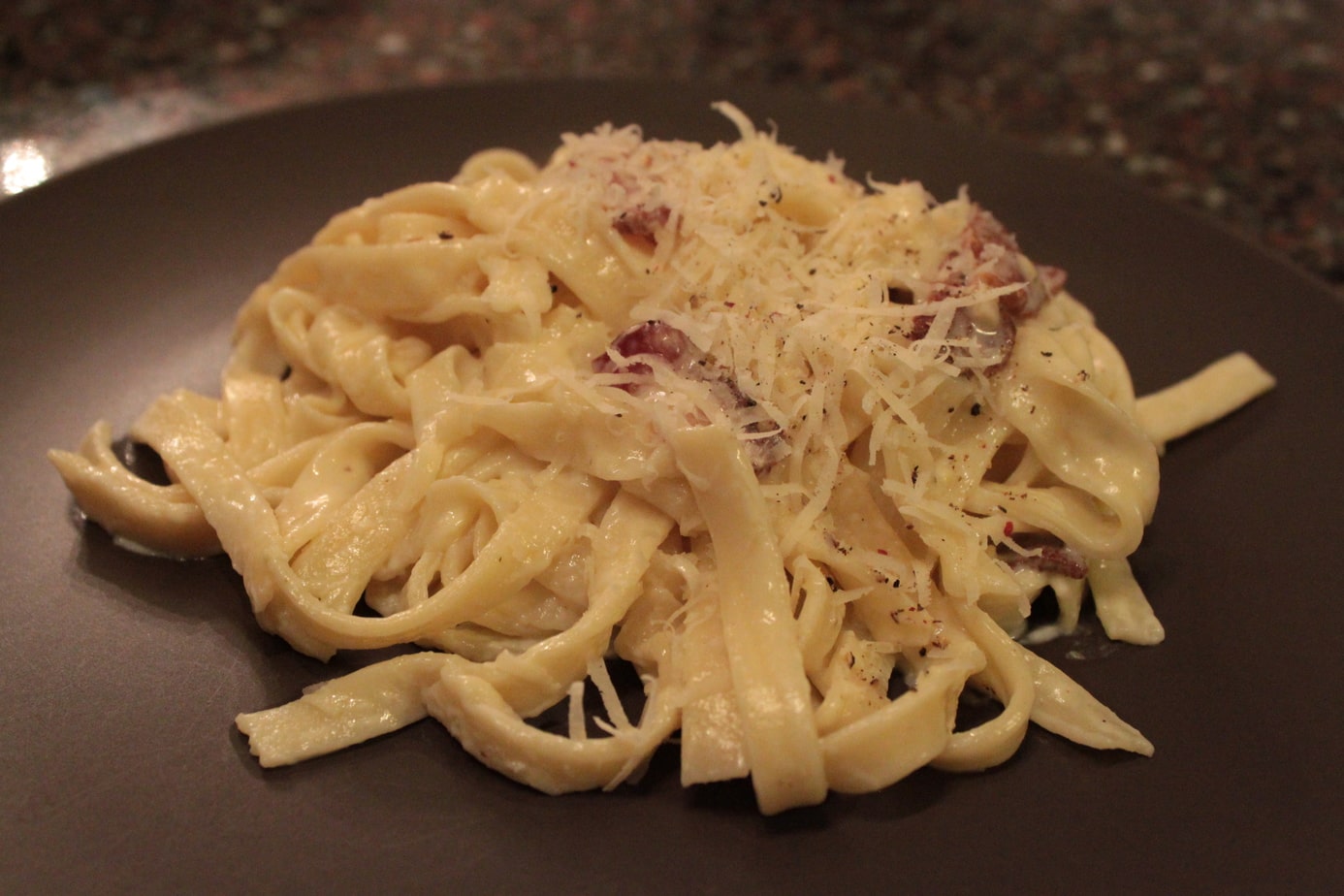 Since I was so busy with the pasta I had my rarely heard about oldest son (let’s call him kid number 3) on lobster duty. He is quite confident in the kitchen. I remember a couple of years ago teaching him how to make risotto to impress his girlfriend. It turns out that is his ‘go to’ dish now! Boiling crabs and lobster doesn’t daunt him in the least and he usually does a great job. We figured out the lobsters were just under two pounds each and that they needed to be boiled for about 10 minutes.  That timing was perfect as they were all cooked and not dry and rubbery at all. It turns out that he now has a second dish to impress the ladies! 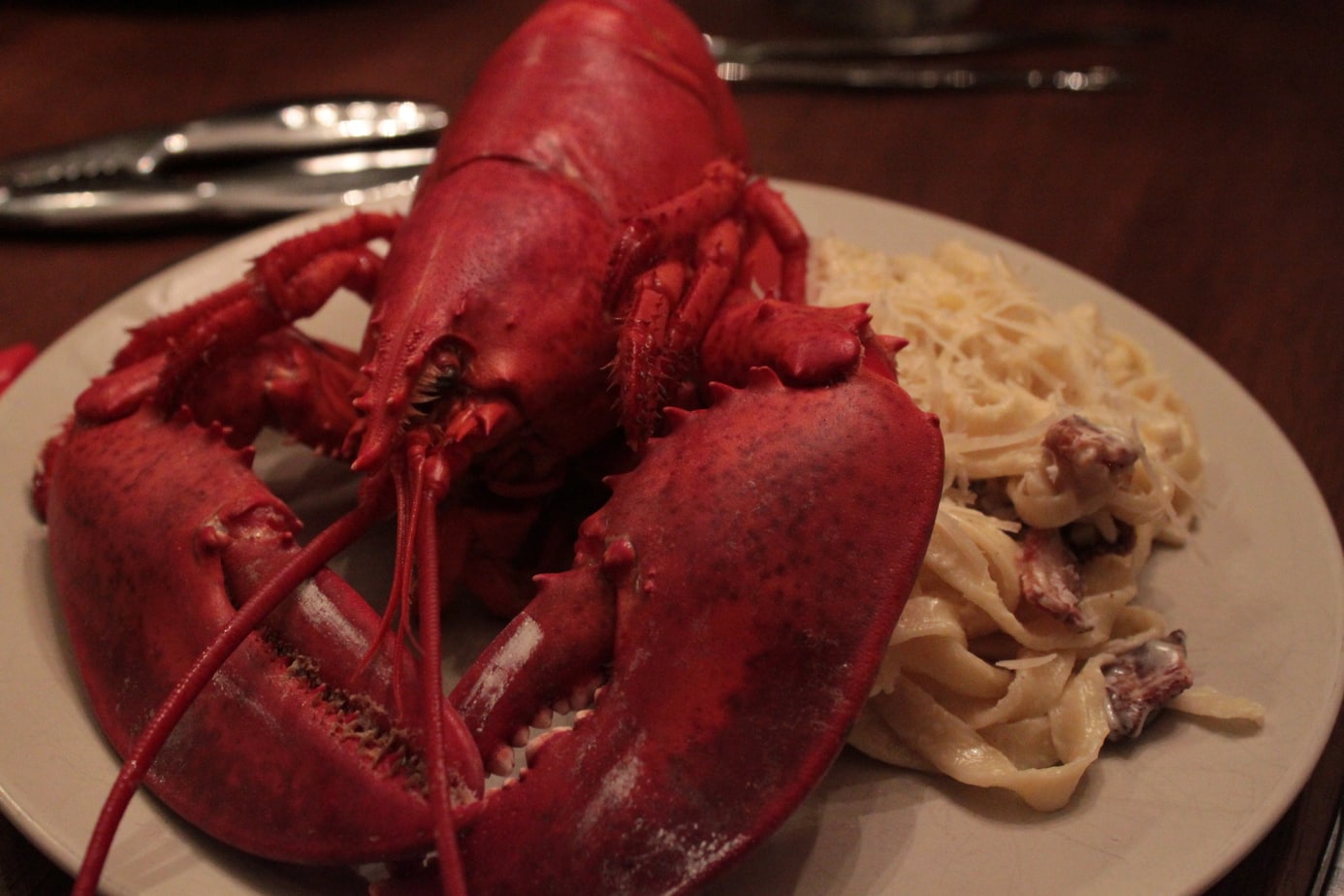