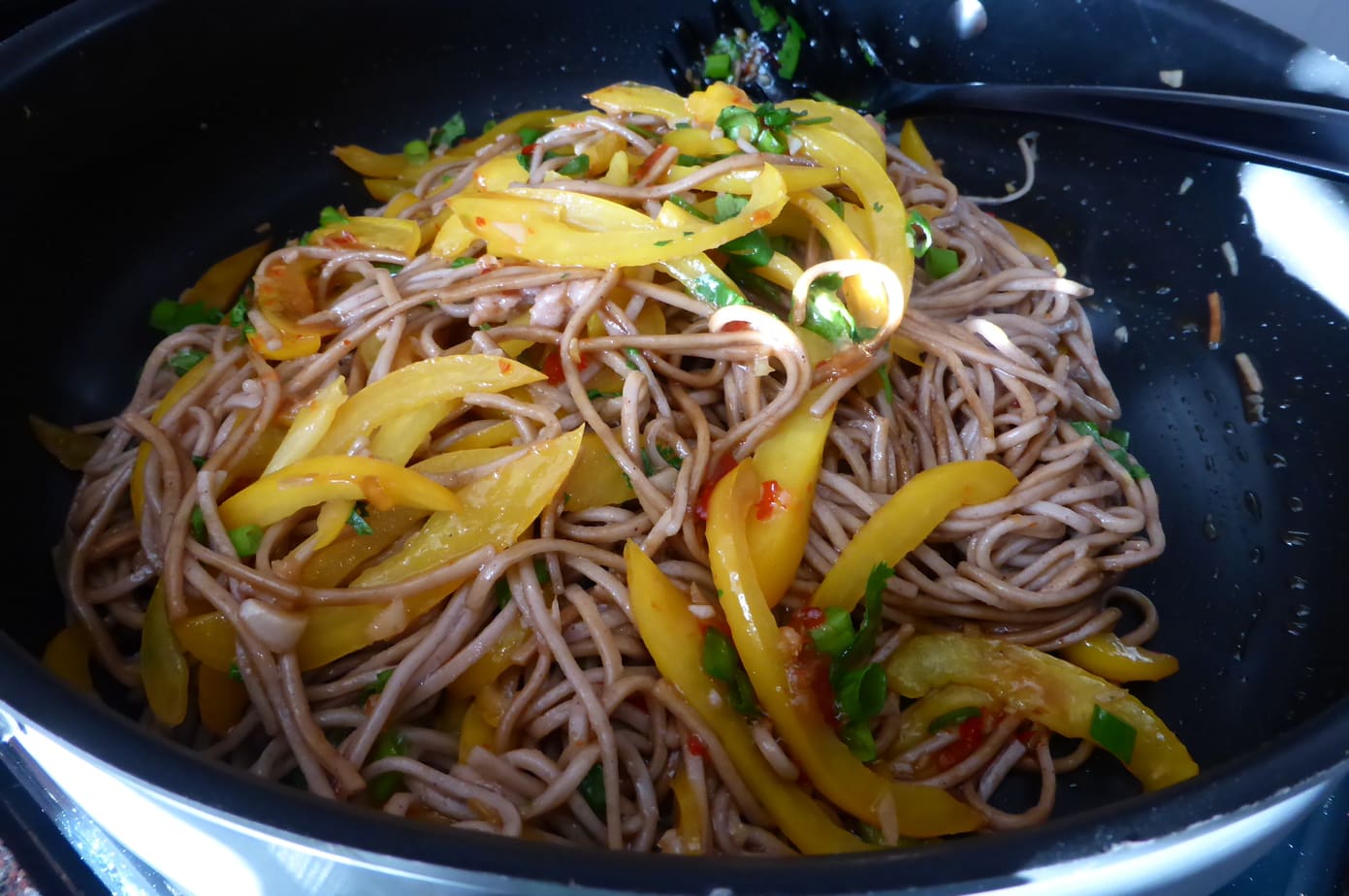 After seeing a recent fellow blogger post pictures of some delicious looking Thai-style meatballs I decided to make a dish of my own. I’ve made the meatballs before and used soba noodles and the dish was okay but not really a make again, rock your world type of dish. So… what do I do? Make it again with improvements!

For the meatballs I used ground white meat chicken though I would have preferred a mix of white and dark chicken. White was what was available at the store.  All I did was add about a tablespoon of chili flakes, a sliced green onion, cilantro, an egg, a third of a cup of bread crumbs and seasoned the mixture with salt and pepper. I somehow ended up cutting my finger while chopping the cilantro so hubby ended up making the meatballs and placing them on a wire rack on top of a cookie sheet. I baked the meatballs  at 375°C for about 15 minutes.

Meanwhile, I cooked a package of soba noodles and drained them. I slivered a yellow pepper and stir fried it. When they were done, I added the noodles along with some soya sauce and more chili flakes. I didn’t really write down what else I threw in for a sauce which is really a pity. I know I also put in some hot Vietnamese chili oil, sweet chili sauce. To serve I garnished the dish with chopped cilantro and cucumbers.

Kid number two had a friend over and I convinced her to stay for dinner instead of having to walk home right away. She was a real trooper, but I’m afraid the dish may have been a bit too spicy for her taste. The rest of us finished the dish in record time so this dish is truly a ‘make again’. 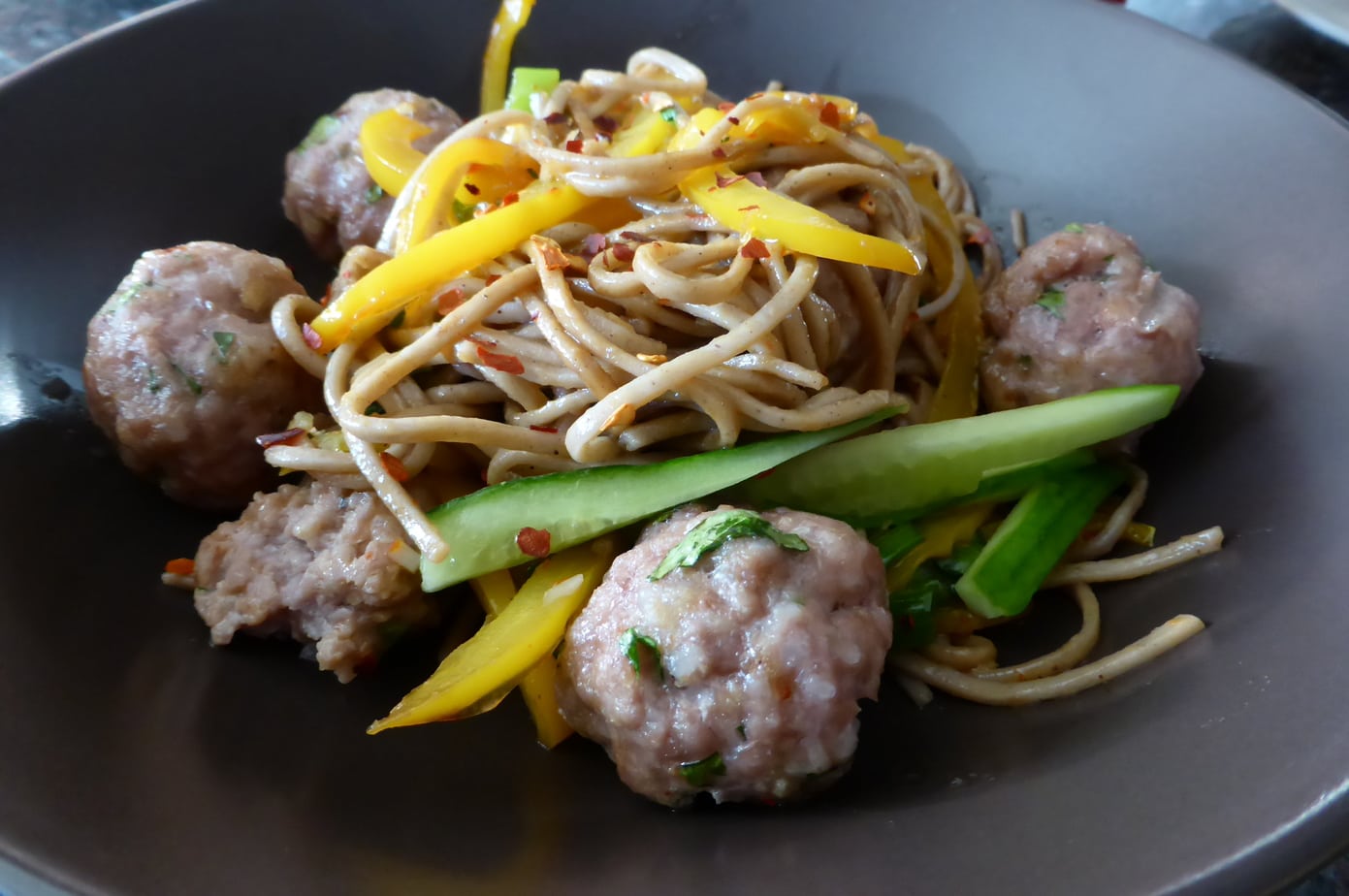 Summer Weekend Freshness – From Vernon, BC.