Normally the kids are dead set against having any sort of breakfast type meal for dinner but breakfast meals are often some of my favourite things to eat. I love eggs any done anyway; baked, boiled, fried, scrambled, poached. Eggs are so versatile. Then there’s bacon. Who would have anything against bacon? For the record they don’t hate bacon but of course if it’s part of a breakfast dish for dinner then there is a problem.

On Good Friday we made sure to attend mass and cut out meat except for fish. I remember my mom telling me that when she was young, they observed this tradition every Friday except for my Grandma was not really imaginative in the vegetarian cooking department. Even though she makes some of the best baked beans I’ve ever tasted, every Friday night they would have pancakes and chocolate pudding for dinner.  This may sound okay to some but for my mother it was torture. She preferred to offload her dinner to her siblings and go hungry. I guess she was one of those ‘no breakfast for dinner’ sort of people too.

After indulging in Fish and Chips for lunch we had a lovely (and sunny!) walk with the dogs at the park. Later, Hubby and the kids decided to watch Captain America 2 at the theatre while I stayed home for some quiet time. I mentioned I might make pancakes (no chocolate pudding!) for dinner and there were no major disagreements so I took that as a sign to proceed.

Plain old pancakes…I could do better than that! I hunted around in the pantry until I found a lone sweet potato and remembered the amazing sweet potato waffles that kid number one had ordered at the Jaegerhaus in New Orleans. I figured if I could replicate those no one would even dare to complain about breakfast for dinner! I peeled the sweet potato, cut it into cubes, and steamed it until the cubes were soft (about 15 minutes). Then I hunted on the internet for an acceptable recipe.

I found exactly what I was looking for on the Bon Appétit website but I added some roasted walnuts for a little more of a protein kick. To be honest, these waffles are delicious even without the syrup so if you are watching your sugar, by all means omit the syrup and enjoy the waffles au natural. 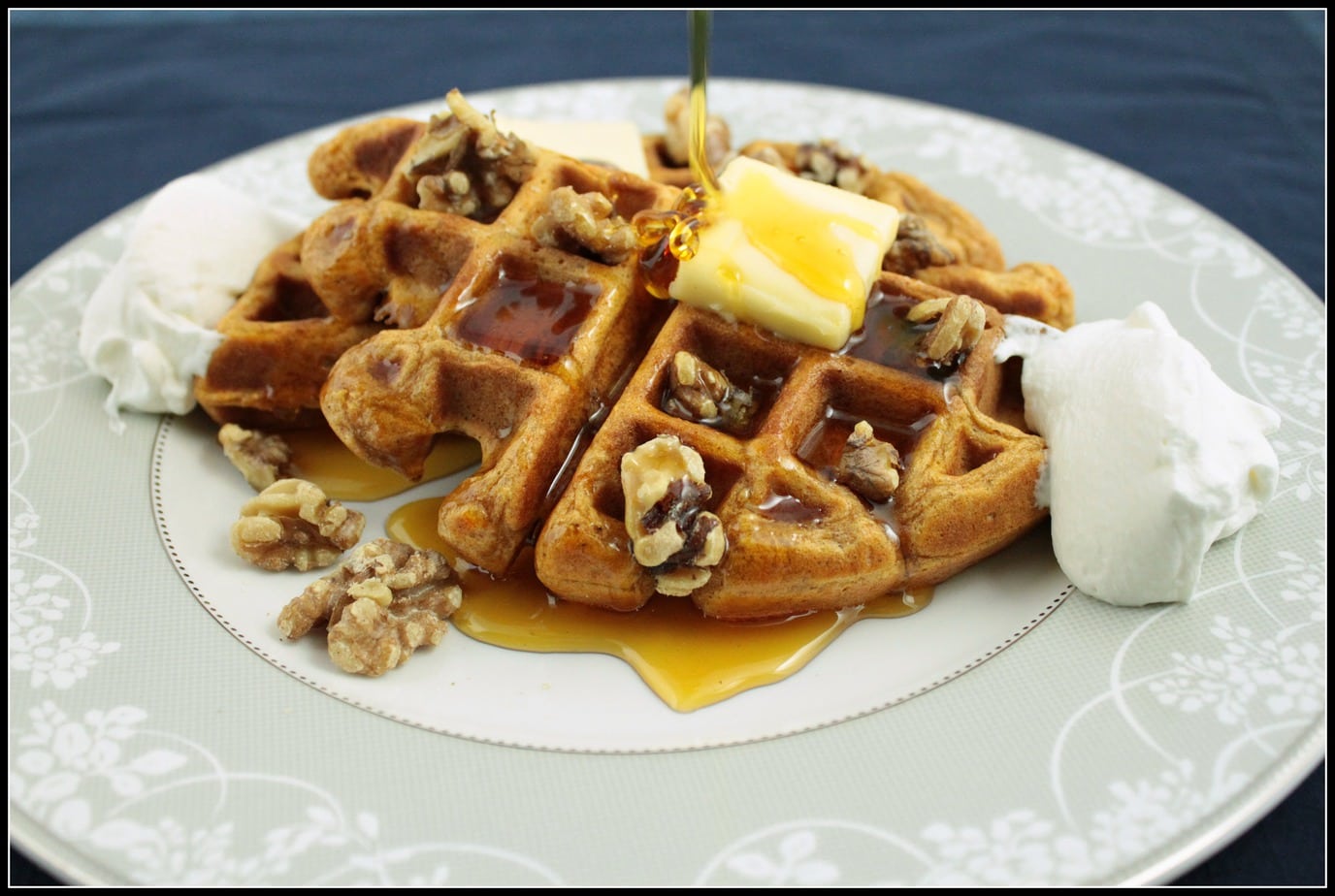