Foraging has been Around Since the Dawn of Man

The first thing I learned when studying the rise of humanity in Archaeology class was that bipedal locomotion made the human condition possible. Walking upright on two legs instead of four enriched our brains and allowed us to view the world in a way no other animal could. This new world view allowed exploration and brain development at a rapid rate and humans quickly became quite adept at surviving and thriving. Diets evolved and expanded to include not only hunting, but gathering as well. Human curiosity, reason, and memory play an important role throughout the history of humanity right up until the present day and including the wild foraging movement. 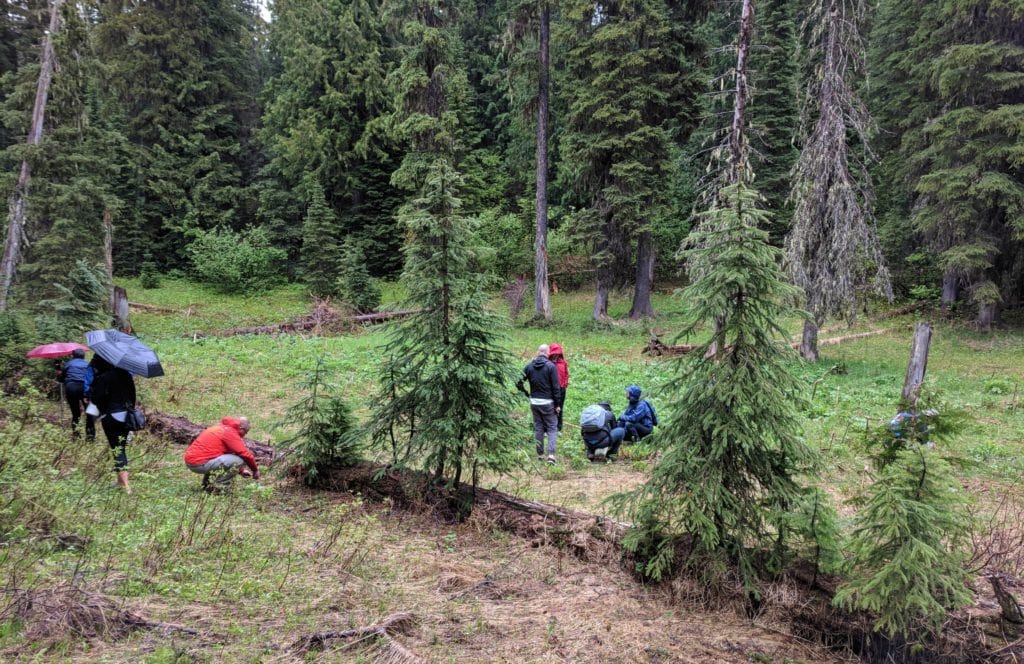 Foraging has been around for thousands of years but the necessity to forage for sustenance has devolved into more of a hobby or ‘authentic experience’ for most enthusiasts. A quick search on Facebook will bring up many ‘Wild Edible’ groups that offer plant identification and arrange wild forays. Most people have lost the knowledge of plants that has been passed down through generations and if you’re interested I would strongly suggest that you go with someone that knows what they are doing. Not only is it safer for you to know the proper identification of plants and how to prepare them but responsible harvesting practices ensure that everyone can enjoy foraging in the area for years to come. You might be surprised how many common plants (some that we think of as weeds!) are edible and even delicious!

When I was invited to attend the Island Lake Lodge second annual Untamed Kootenays during opening weekend, I jumped at the chance to go foraging in beautiful British Columbia with the participating chefs. I was the annoying one in the group because I asked A LOT of questions about what plants were edible and which were not. We’ll just chalk it down to energetic enthusiasm and a desire to learn, shall we? Executive Chef Keith Farkas led the foray into his own backyard at Island Lake Lodge, accompanied by visiting chefs JP Pedhirney (Exec. Chef Bridgette Bar; Calgary) and Blair Clemis (Chef de Cuisine Model Milk; Calgary). 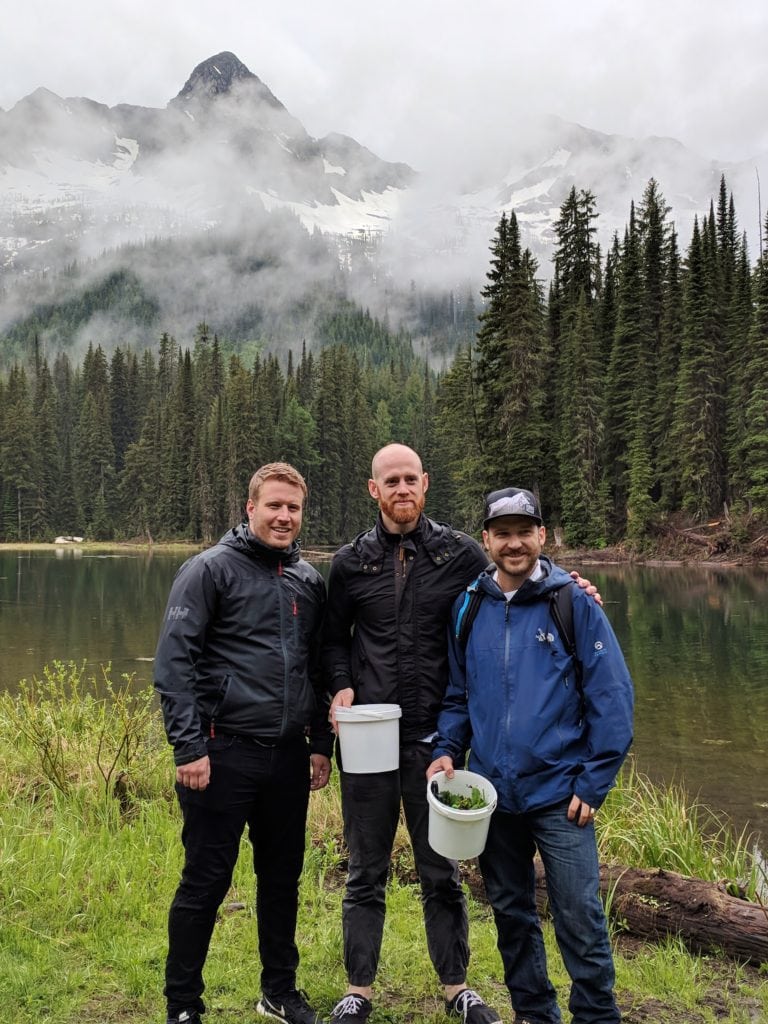 A Forager’s Snapshot of Fernie

The mountainside forests that only recently shed their drifts of snow have begun to bloom and grow in the last few weeks and it’s about to become prime picking season for green shoots of fiddleheads, Devil’s Club, and Stinging Nettle. Edible garnishes such as clover, horsetail, and buttercups are also readily available in the area. Other than the garnishes that just need a quick rinse (horsetail, clover, and buttercups) there are specific ways that most of the foraged ingredients should be prepared. Devil’s Club can be eaten raw or cooked with no preparation but Stinging Nettle should be soaked in cold water for at least six hours before being cooked. Be sure to wear gloves during the handling and preparation of the uncooked leaves and stems. You can use it in place of spinach in most dishes and I’ve even had it flash fried and used as a garnish. Everyone’s favourite, fresh fiddleheads must be cleaned thoroughly in running water. The outer brown husk is removed and a quick blanche in boiling water followed by a plunge in a bowl of ice cold water is perfect. Sauté in a little butter, add them to your pasta, or coat them in tempura batter and fry them. They’re delicious! 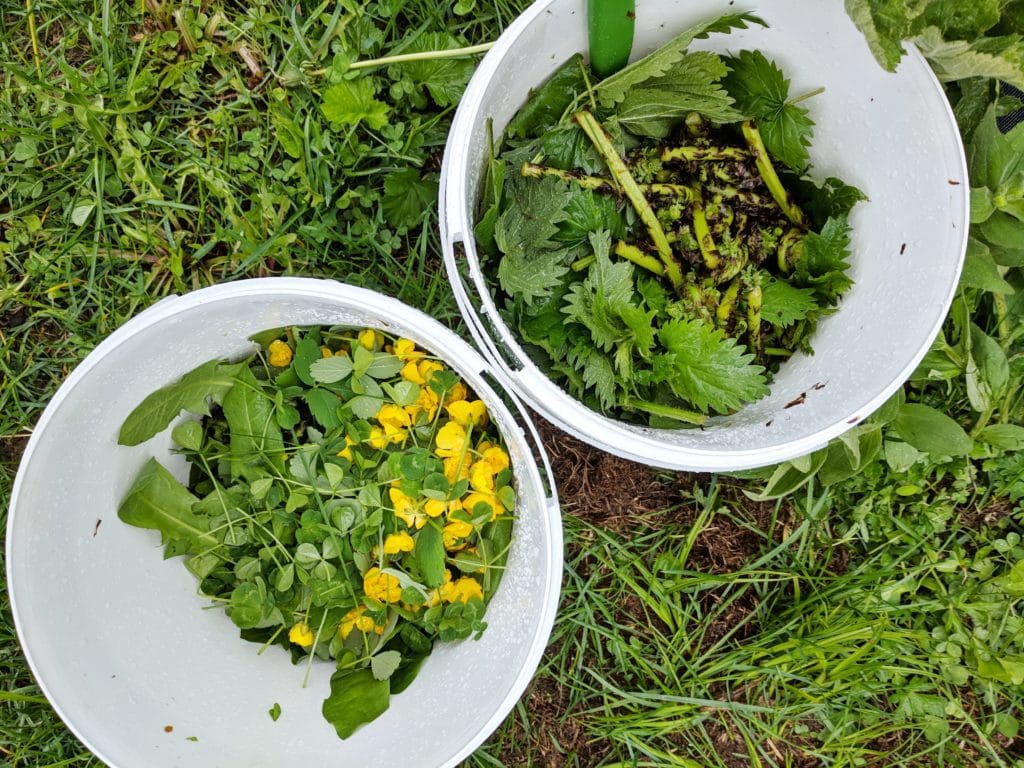 We didn’t have to go far to find everything we needed for dinner (plus a little extra to take home) but the lodge does boast an extensive network of 15 hiking trails covering around 100 square kilometres. They are open to lodge guests and to the public, from the day-trippers to the adventurous at heart. Many of the notable ‘Iconic Spots of Island Lake’ in the area have been marked with a numbered plaque, each with it’s own special hashtag. This year there are 20 iconic spots in total, placed in terrains ranging from an mild walk around the lake to the highest peak of the Lizard Range; Big White Summit. Find them all, post them to your social media, and you can win one of several prizes from the Lodge. We were pretty busy foraging and eating so we didn’t get much of a chance to check out the trails…all the more reason for a return trip! I did manage to get a photo at two Iconic Spots, #1 The Boat Launch and #2 Dew Point so I really only have 18 left to go! 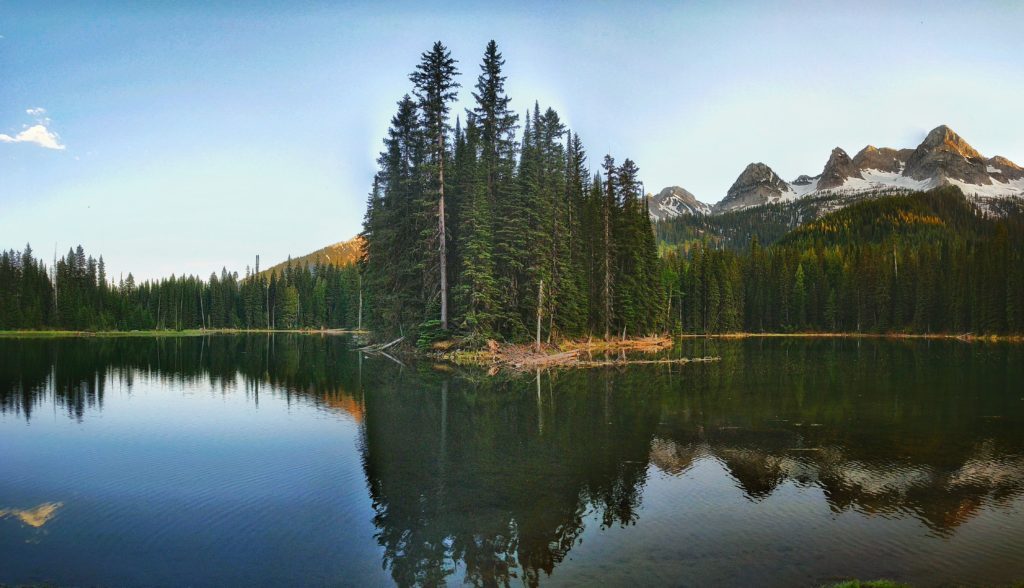 The Island at Island Lake Lodge – A Moose cow calves there every Spring and this year there are two calves!  The 3 pointy

peaks to the right of the island are Mama Bear, Baby Bear, and Pappa Bear.

There are very few places in Western Canada that offer foraging excursions as part of a lodge stay, not to mention as part of a weekend long food event.  Mike McPhee, Director of Sales and Marketing says the chefs and staff at Island Lake Lodge are inspired every day by their surroundings and have been steadily increasing their foraging knowledge. They wanted to share the experience with others staying in their special lush raw forest, filled with unique ecosystems and resulting edible bounty and so, Untamed Kootenays was born. 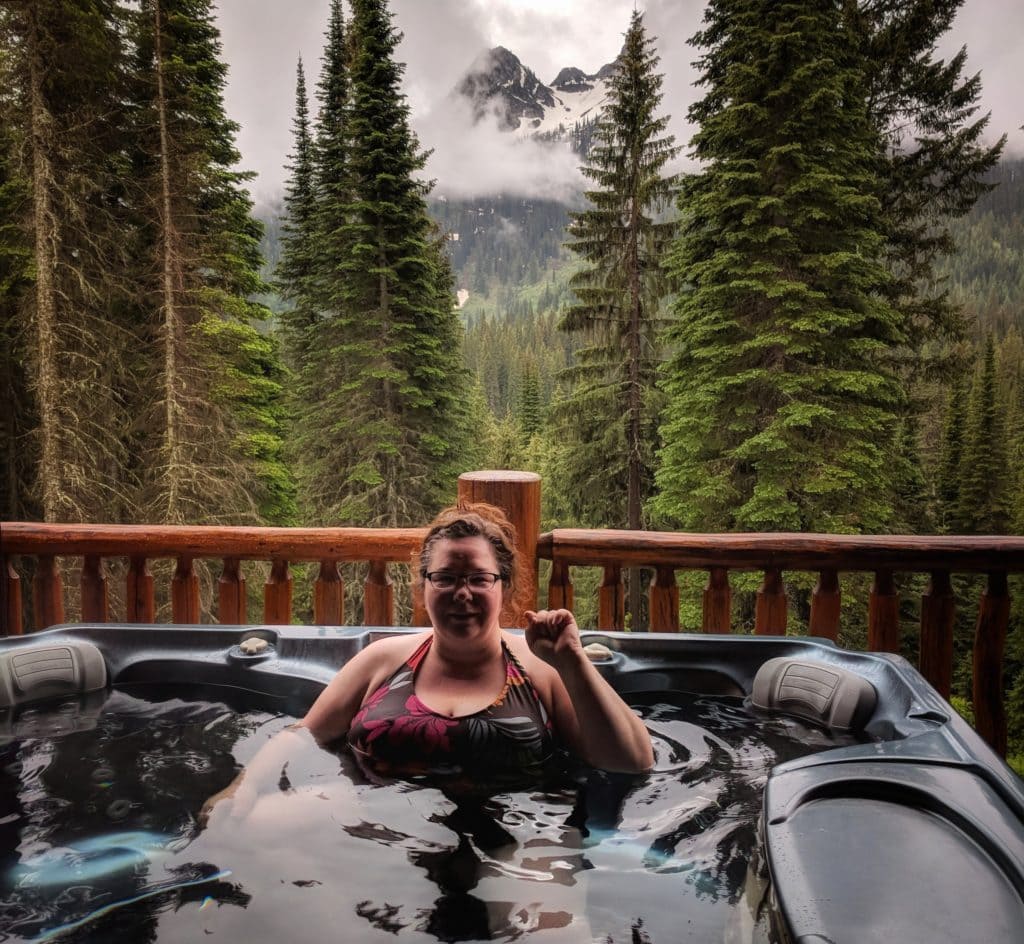 Disclaimer: My stay and meals during Untamed Kootenays were hosted by Island Lake Lodge. All opinions are my own because it was bloody brilliant…and I can’t wait to go back!