One of the best things about being involved in blogging is reading what others have to say. There are many amazing cooks around the world willing to share their special local recipes with you and who are most willing to offer advice and encouragement if you decide to try them out for yourself. While browsing through some blog posts through my Reader page, I stopped at a mouth watering looking picture of marinating meat. If the marinating meat looked that good I just had to find out what the finished dish turned out like. So I clicked the link and was brought to Cooking in Sens. This blog is written by an American who’s eclectic cooking is shown through gorgeous photography. I had a glance through the blog site and read her description of the Georgian meat dish, Ojakhuri. It turns out that she had found the dish on one of her favourite travel/food blogs, Georgia About. So, in a long winded way I discovered a great Georgian recipe from someone living in France. Blogging is truly remarkable.

A day later, I started marinating my very own Ojakhuri. I went back and forth with the two posted recipes and ended up doing a couple things on my own as well.

Combine all ingredients, let marinade for what seems like forever or at least 12 hours.  The last two ingredients are where I’ve deviated. Not because I had to be different, but because I was out of ground coriander and had recently purchased a freshly roasted coriander/cumin blend from a friend of mine. I tried to grind the barberries but they still  had too much moisture in them to grind into a powder. I added them whole. It’s going to be interesting because I tried one on it’s own and wow, are they ever tart! The effect was my mouth filled instantly full of saliva. 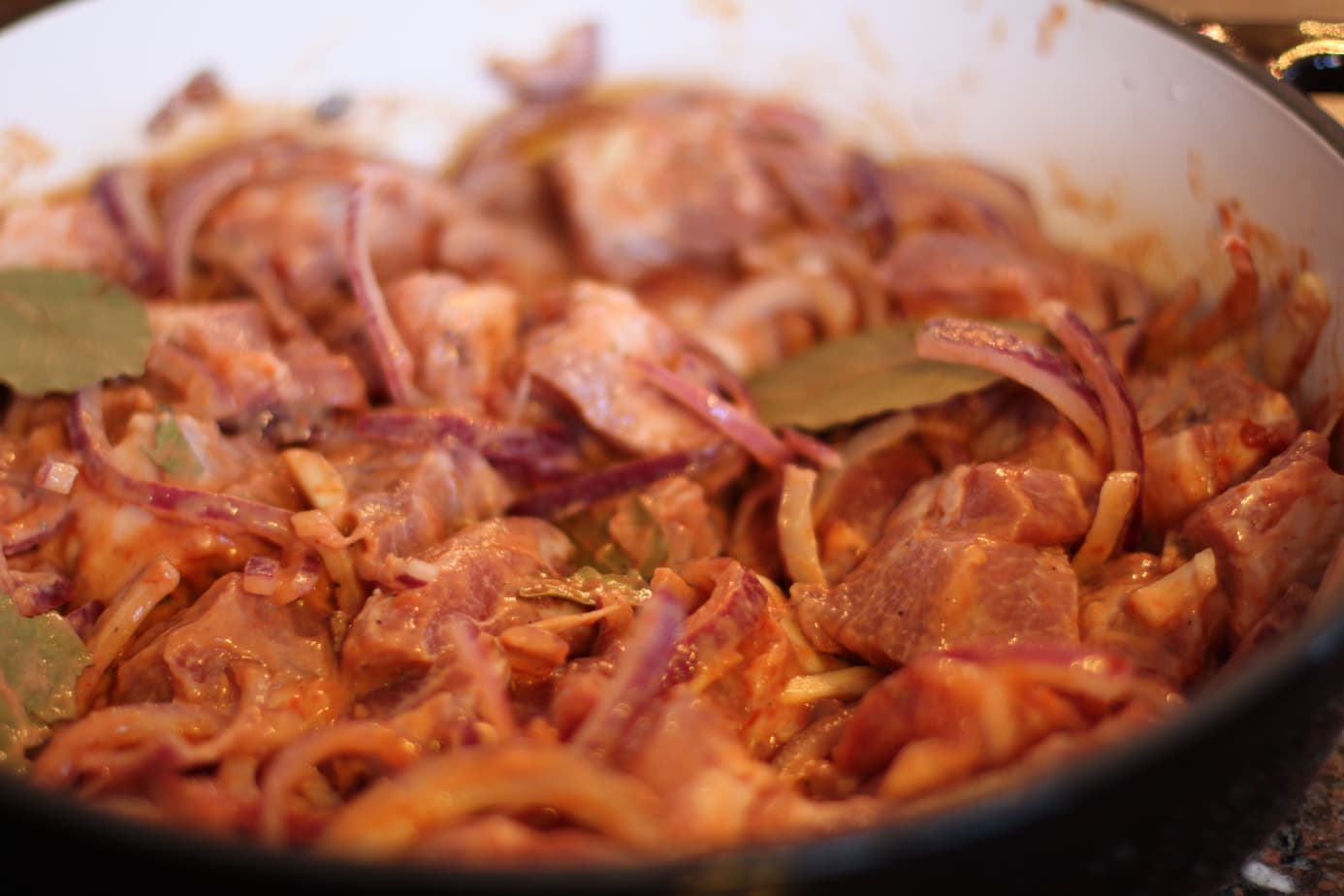 In the end, I ended up marinating the pork for about 28 hours. I decided against simmering on my stovetop and put it in the oven to braise for 4 hours.  Even though my nose is still plugged and most of my sense of smell and taste is gone I was able to smell the pork cooking and the smell was heavenly. It smelled awfully familiar.  Then it dawned on me. Part of my family is of German descent and we make a very similar meat dish that we call goulash.  Instead of pork, we use wild meat such as deer, moose, elk, bison or even goose. I have made it with beef but it doesn’t have the same flavour as wild meat. Goulash is very similar to the Ojakhuri since it contains vinegar, onions, garlic, and tomato paste. It does not have sour cream, bay leaves or barberries and we don’t marinate it. Since we use fairly lean wild game it also isn’t as fatty as Ojakhuri. At any rate, they are both amazing dishes.

As a side I decided to do something rather different than the fried potatoes from the ‘About Georgia’ post. Something a bit more ‘German’. I thought spaetzle would be a perfect accompaniment to the rich pork dish. Any time I make spaetzle I make a huge mess. It isn’t a tidy dish to make but any negatives are outweighed by the eggy taste and fluffy texture of this treat.

The batter should be quite gloppy. Use a spaetzle maker to drop bits into salted boiling water. Boil until the bits fluff up and then skim off the top and repeat. After, heat up a frying pan and add butter. Fry until slightly browned. 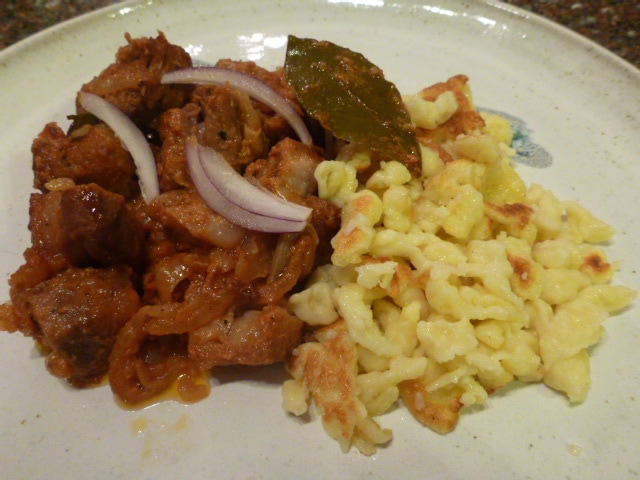 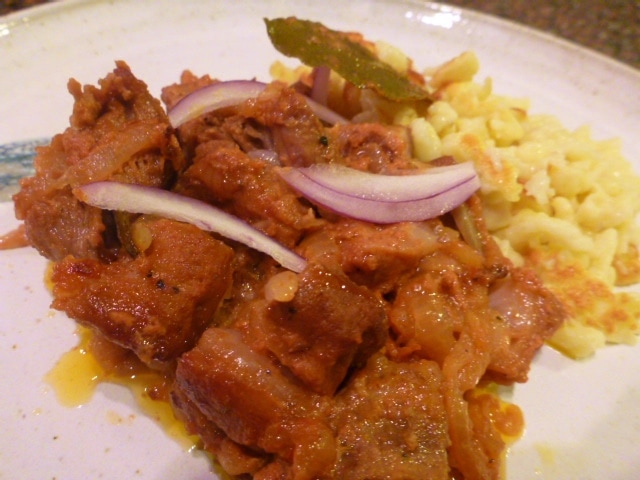