Do You Remember Cuban Lunch?

Ever heard of a Cuban Lunch? It was a chocolate confection that was around when I was a kid in the 80’s. Like my hubby, they were made in Winnipeg and mostly distributed throughout Western Canada. There was really nothing special about them since all they consisted of a good chunk of dark chocolate dotted by Spanish peanuts, the kind of confection easily made at home. Take a look online…you’ll find countless recipes and most of them for some strange reason include ripple chips even though the original never did.

I don’t think ‘Cuban Lunch’ ever really had anything to do with Cuban cuisine and I especially don’t think that Evelyne of Culture Eatz had this in mind when she chose Cuban Cuisine as February’s theme for the Eat The World Recipe Challenge but that’s where my mind immediately went. I’ve never travelled to Cuba, nor have I really had any idea about what the cuisine is like. Fortunately my fingers went a bit further and found a great personal blog called “My Big Fat Cuban Family’. With a name like that how could I go wrong? You should check this blog out…it is the real deal and I was salivating all afternoon as I debated which dish to make for the collaboration. 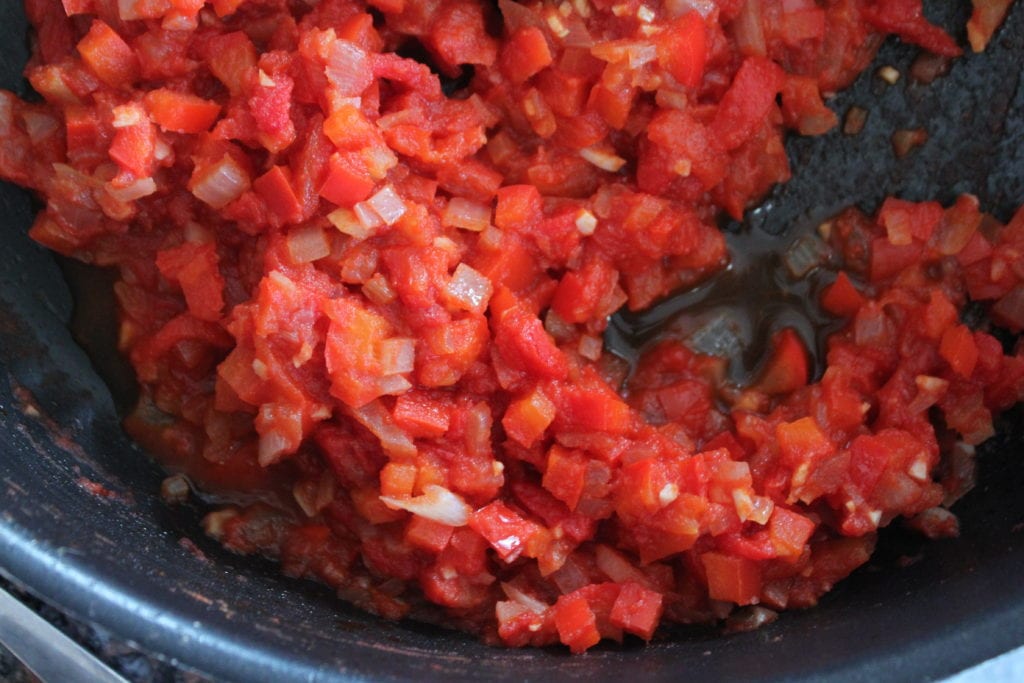 By the way, as I sit here typing it’s -20 degrees Celsius here in Calgary. We’ve just had the largest snow storm since 1989 with over a 56 centimetres of the white stuff falling all over the place. The roads have been absolutely treacherous with a 40 car pile up on the freeway a mere 2 minutes from my house. I really didn’t want to leave the house today and I could have just made the Huevos Habaneros with what I had in the pantry (what? don’t you keep a jar of pimentos in the pantry?!) but I wanted to have a complete breakfast to present. Fried plantains and chorizo seemed like great options so I sourced both of them out at Superstore. Cuba sounds really nice about now… 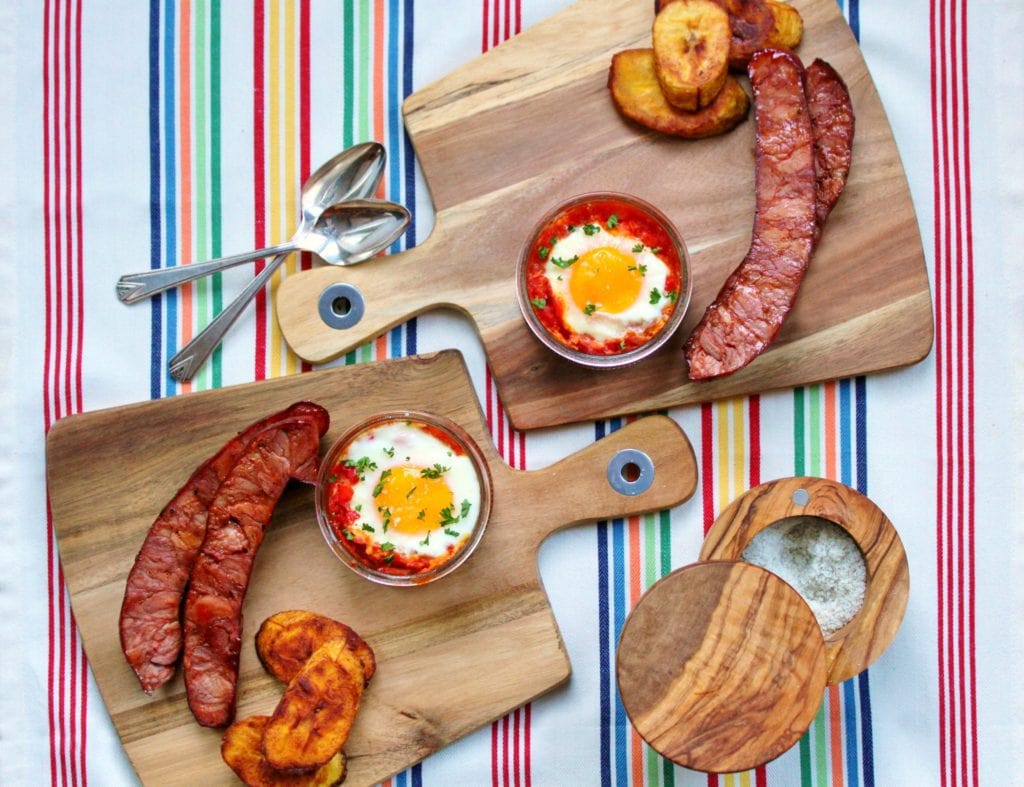 Rise and Shine with Dish ‘n’ the Kitchen

Check out all the wonderful Cuban dishes my fellow Eat the World blogger friends have prepared #eattheworld: 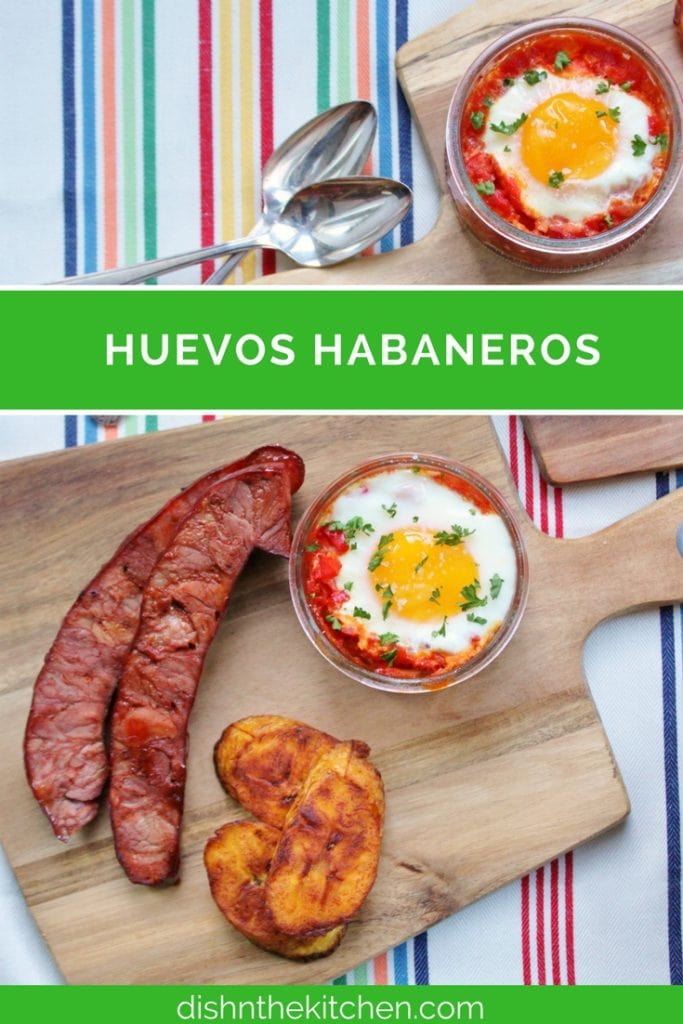 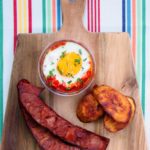 by: Marta Maria Darby from My Big Fat Cuban Family