Around the World, Baking/Desserts, HolidaysJanuary 6, 2018December 4, 2019 Bernice Hill
Get the Recipe

Rugelach is a decadent cookie made with cream cheese based pastry. Fill the tender, flaky pastry with a filling of poppyseeds, raisins, and orange rind or create your own flavour combination.

Christmas in the Okanagan

This post is coming to you via my sister’s basement in ‘sunny’ Vernon, British Columbia. It’s the 30th of the month and though the recipe is made, I’ve left the post until now to complete. We had a wonderful but quiet Christmas at home. Then we packed it all up and traveled across the Rocky Mountains to be with my family for New Year’s.

It’s quite the undertaking for the host family (and I do it a lot because I live in the ‘half way’ spot between British Columbia and Saskatchewan) because there can be anywhere from 10-15 family members sleeping over for an extended amount of time. That’s a lot of hosting, cleaning, entertaining, and cooking. 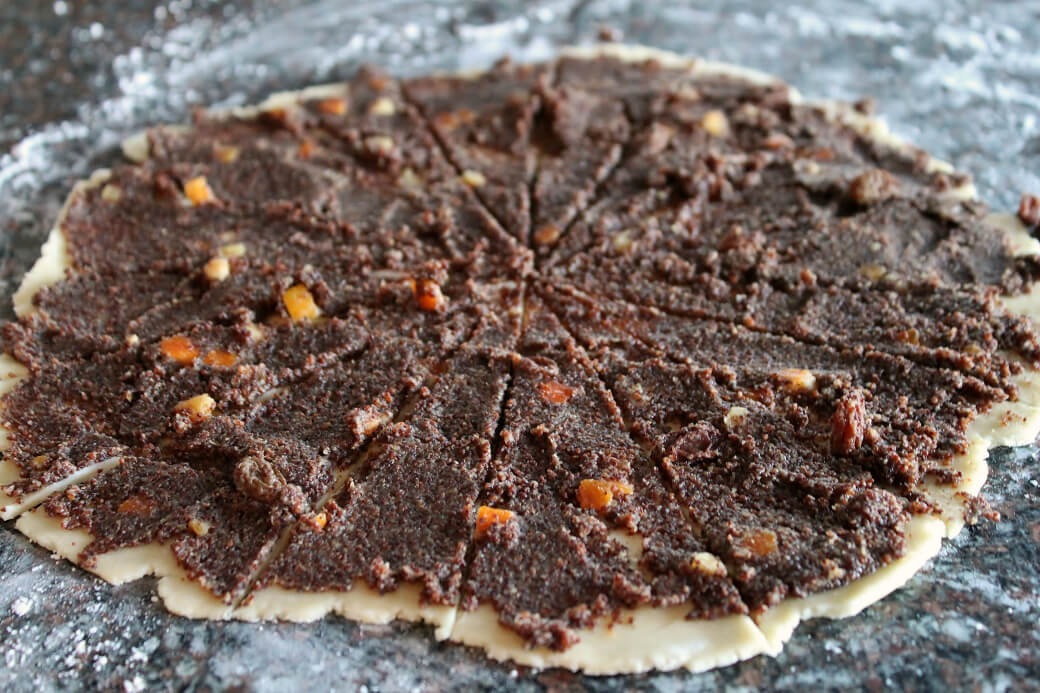 Everyone Pitches in at Christmas

The great thing is that we all do our part to relieve some of the burden. We each take turns doing grocery runs, alternating shifts for cooking and dishes. It’s usually my (unspoken) job to provide the sweet treats for the goodie tray and every year I bake up several family favourites along with some new ‘experiments’. 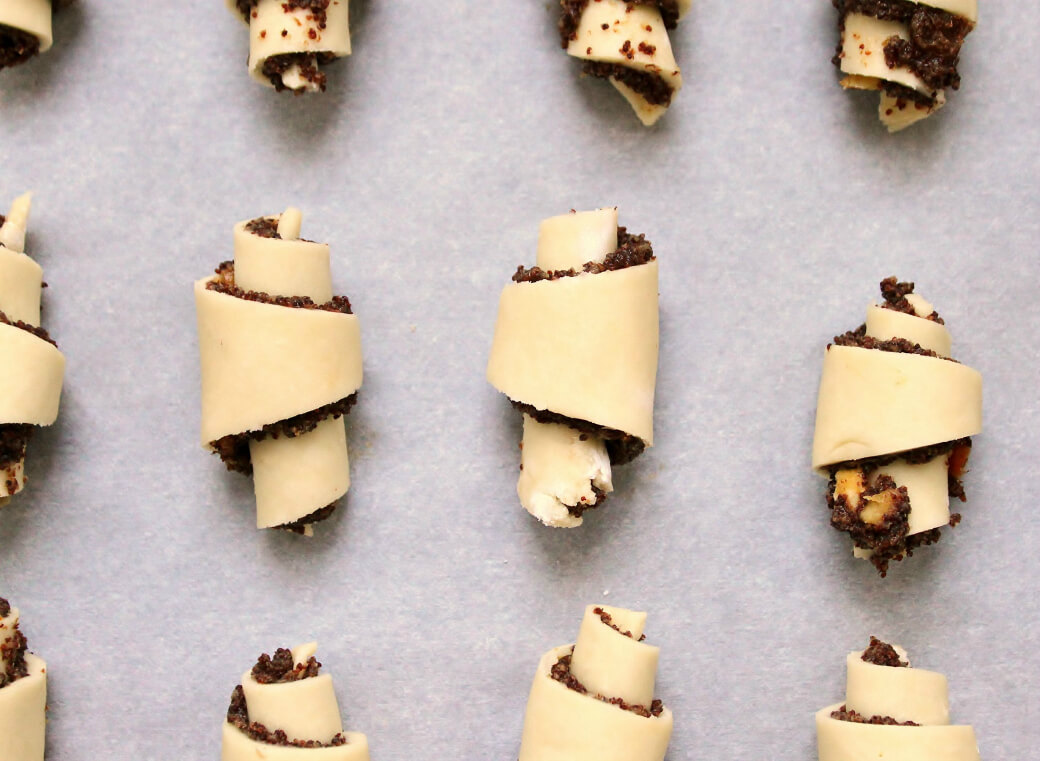 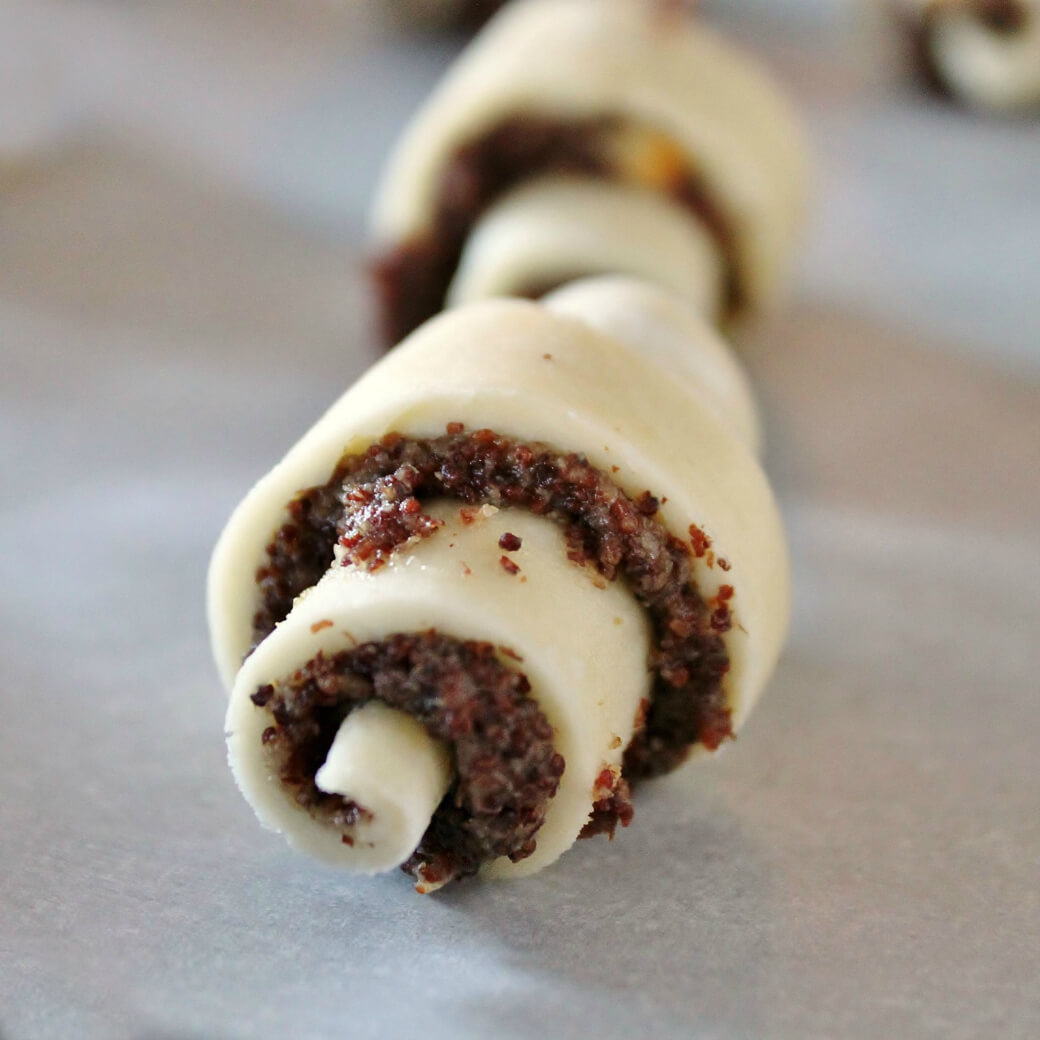 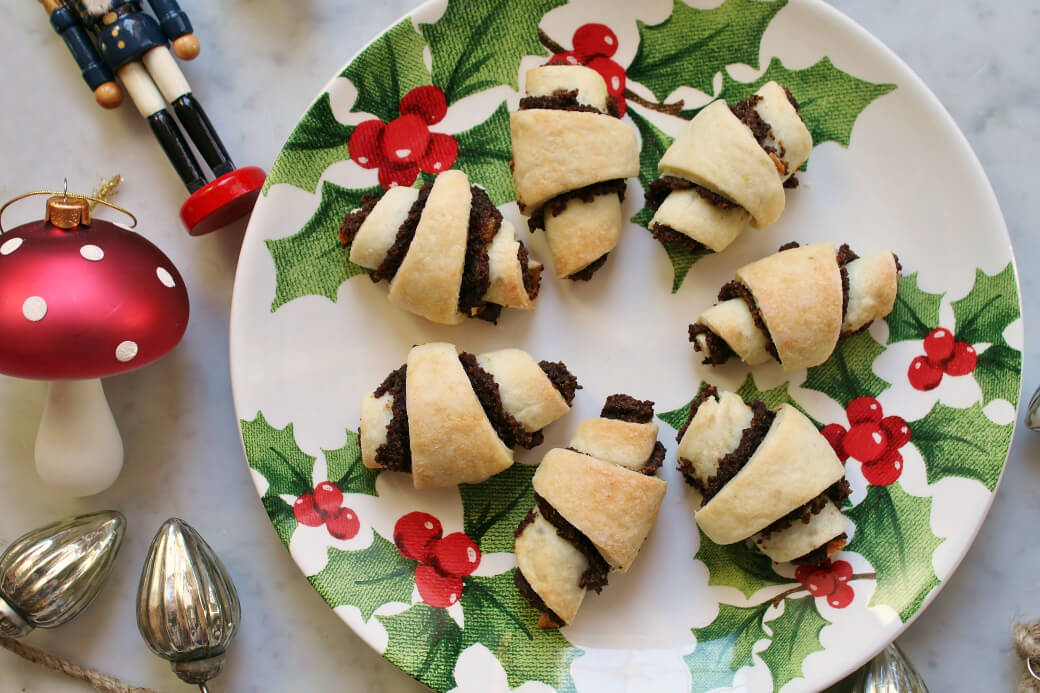 This month’s ATW12P country was Hungary (as voted on by all the participating bloggers who chose between Malaysia, South Africa, and Hungary) and I was excited to bake my family something new and Hungarian for our time together.

Bear with me here. I know that Rugelach is not Hungarian. It’s actually a Jewish pastry usually made with sour cream or cream cheese and filled with any number of fillings such as raisins, walnuts, cinnamon, chocolate, marzipan, poppy seed or fruit preserves. 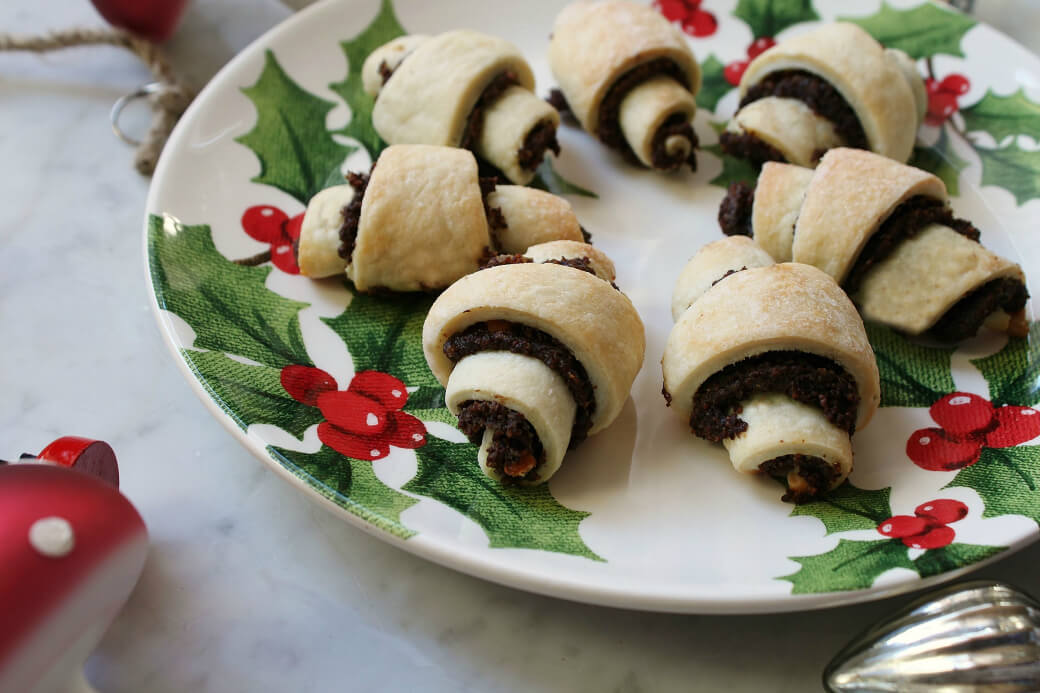 What I really wanted to make, to pay homage to my Hungarian grandmother, was a poppy seed roll. It’s one of the very few Hungarian dishes I ever remember her making and I thought it would be a great way to begin exploring my Hungarian culinary heritage. However, I didn’t think one large poppy seed roll would be practical or be as pretty on a goodie plate as individually rolled poppy seed rolls. The canned poppy seed filling I had in my pantry contained a delicious mixture of poppy seed, raisins, and small bits of orange rind and I think it was much more flavourful than just poppy seed. 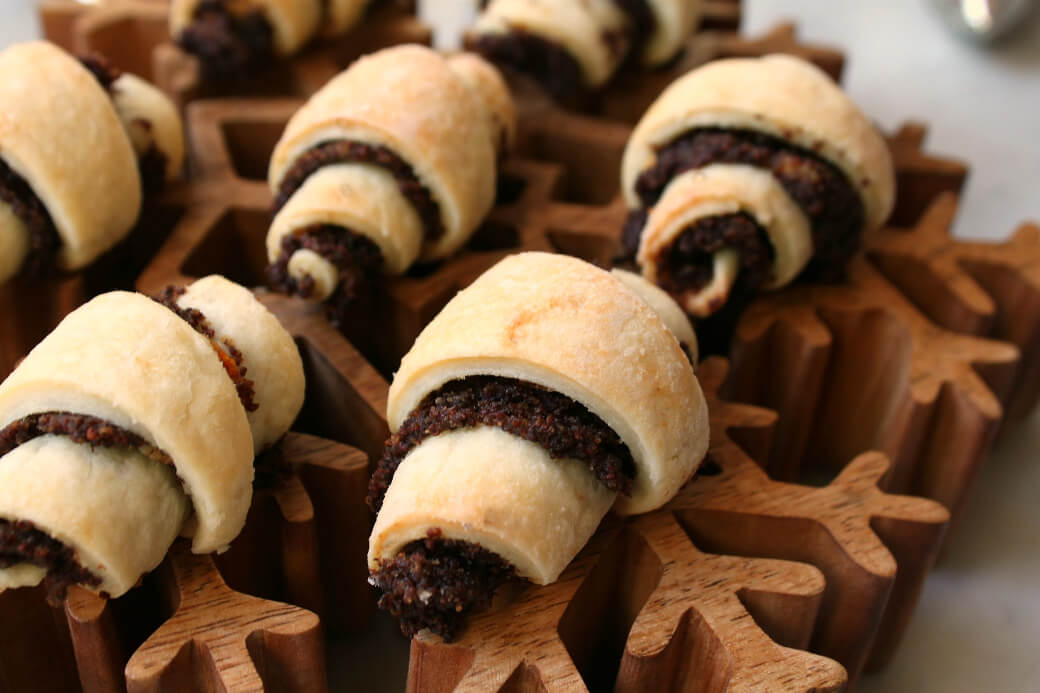 It’s funny how memories are coming back to me as I write. I was lazy and used canned poppy seed filling but my grandmother had no such luxury. I can still see her now, filling her grinder with poppy seeds and hand grinding them until they formed enough paste to spread over the dough. It took a great deal of time and made a bit of a mess, especially in her later years when she was not as dexterous as she was in her younger years.  I have the feeling that if she had had access to canned poppy seed filling, we would have had poppy seed roll more often. Then again, would it have been such a treat?

Other Holiday Favourites from Dish ‘n’ the Kitchen

This dough requires at least 2 hours or up to 3 days, or freeze for up to 3 months (thaw in the refrigerator before using).