Stuck in a Rut Steak/Pork Chops with Chimichurri

I am currently in a funk that I just can’t seem get out of. I’ve reverted back to ‘meat starch veg’ type plates that are uninspired and quick…as my time in the kitchen has become a ‘need’ and not a ‘want’. Not so great for a food blogger, hey? What do I need to do to get inspired? Does this happen to everyone?

I had some lovely tenderloin steaks in the fridge on Friday; which is a good habit to get into…start the weekend with steaks in the fridge and you’ll have a ready made meal in no time. Well, that’s almost true except for the fact that I salt my steaks and let them come to temperature before I even allow hubby to fire up the barbeque. Unfortunately he and I aren’t on the same wavelength and he has an annoying habit of entering the kitchen every ten minutes to ask if the steaks are ready yet. It’s irritating as hell because as we all (except him) know you can’t hurry a great steak. I’ll admit that the salting and resting maybe should have started earlier than six and I guess he was starving so that might have had something to do with his persistence. In order to make up for the lateness of the hour he tried to speed up the arrival of food in his belly by half cooking the steaks. Nope, I don’t mean med-rare….I mean this cow was still mooing. So frustrating. I ate my steak in seething silence. 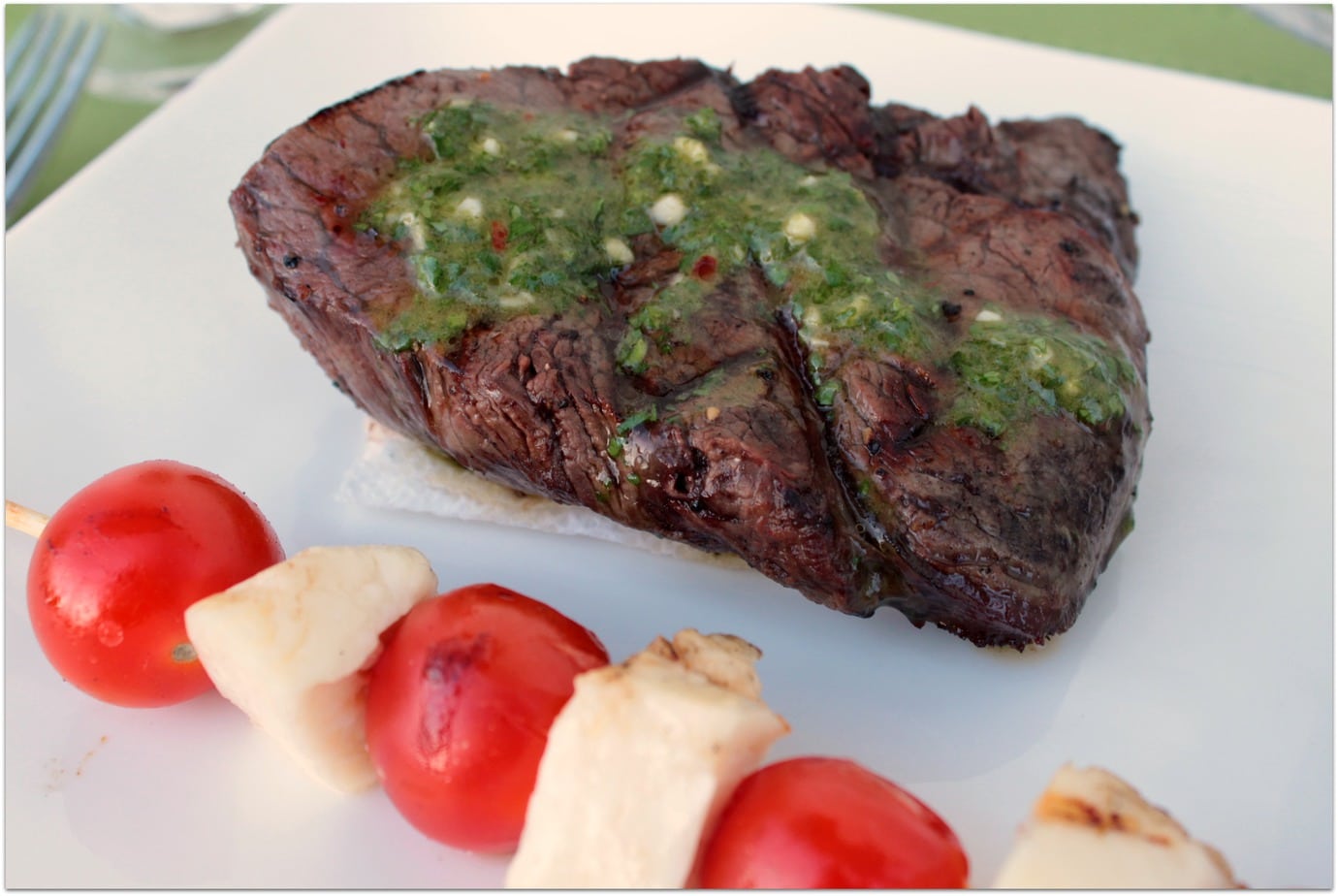 At least had some foresight to whip up some chimichurri to go on those and make them at least palatable. We began with a lettuce and bits salad, then had the steak/chimichurri with skewers of grilled haloumi and cherry tomatoes. Then we sat around for the rest of the night patting our bellies. 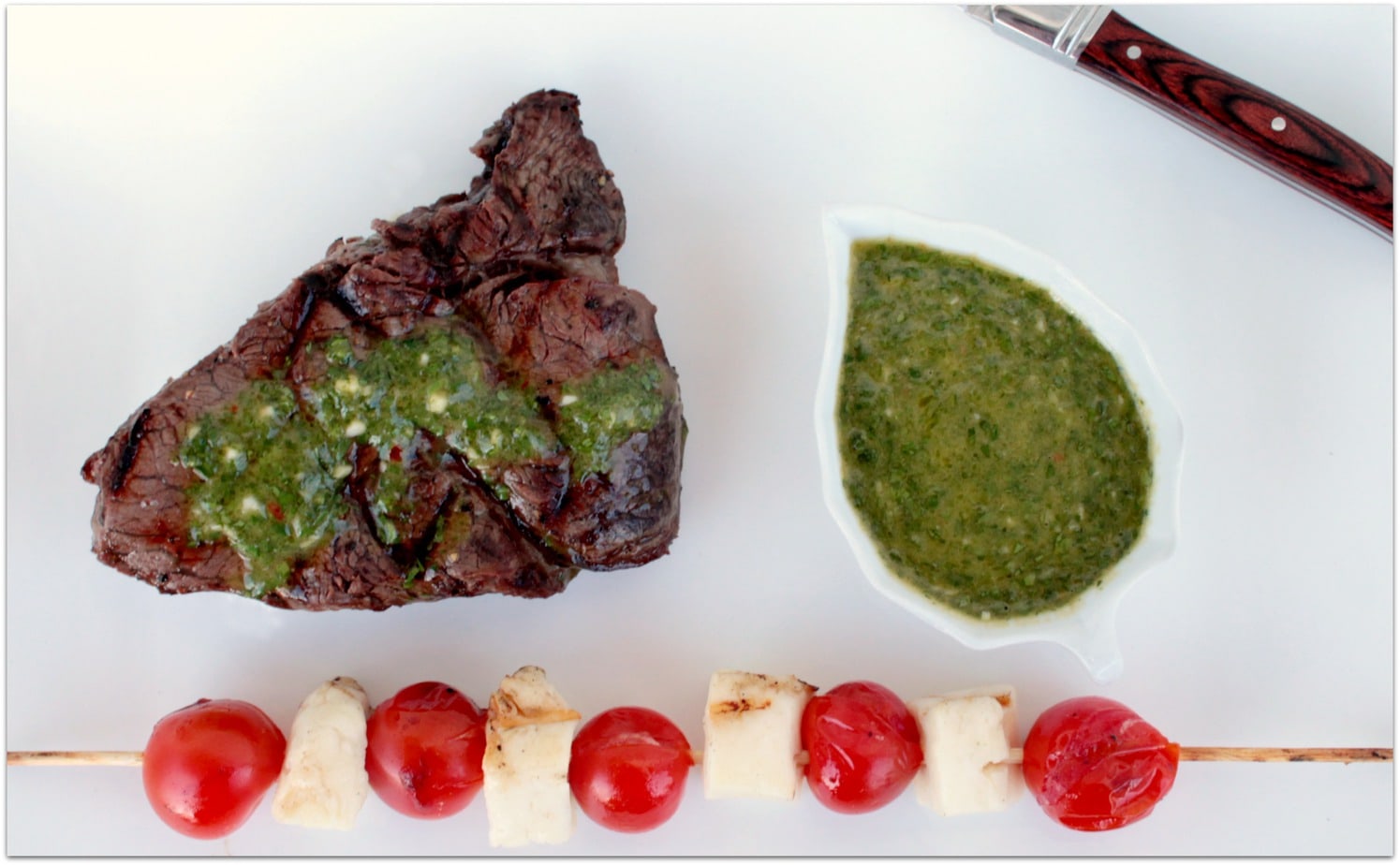 Come Monday night I still had half of the chimichurri left so I decided to pick up some pork chops and see how those went with the chimichurri. Hubby was busy being ‘taxi dad’ so it fell to me to make dinner and do the barbequing. I figured I had it all under control…then I turned on Top Chef Canada. After the grill was heated up nicely I threw the chops on then settled on the couch while they scorched. Yup, I thought I would have just enough searing time in between commercial breaks, but it was not to be. I got out there and there were some pretty intense flames and slightly (!) charred pork. I don’t know if I sub consciously meant to do it to avenge the undercooking of the beef the previous night or if this just happened. At any rate, be forewarned…chimichurri does not mask burned pork taste. I’m going to have to take extra special care with dinner tonight to make it up to my poor children. Or maybe we’ll go meatless.

Throw it all in the food processor and buzz it until it’s a sauce. 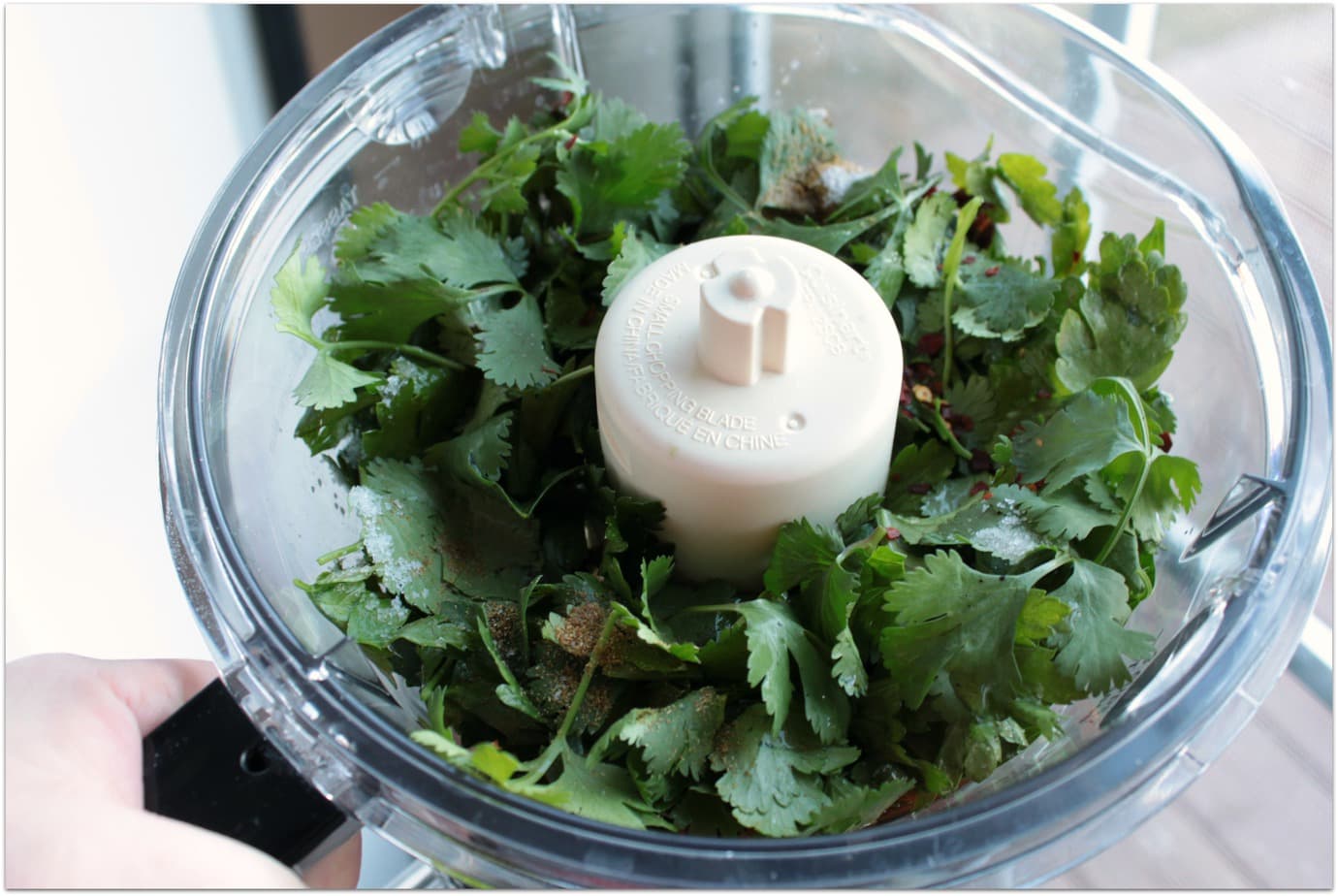