Sometimes on the weekends we’ll have a large lunch like when we go out for Dim Sum in Chinatown or I’m too tired to cook a proper meal after a long hike…so we take it a bit easy on the food front.

I made this quick and family favourite tomato and bocconcini salad and whipped up an herbed crêpe batter.  I was never ‘allowed’ to make crepes before because kid number two had a disturbing  crêpes experience on Quantas Airlines that she will apparently never forget. The steward told her they were pancakes but when she got them, they were  crêpes with (gasp!) ricotta and raisins (NOOO!). We finally had to cure her of her crepiphobia by taking her to France. It was an expensive cure. 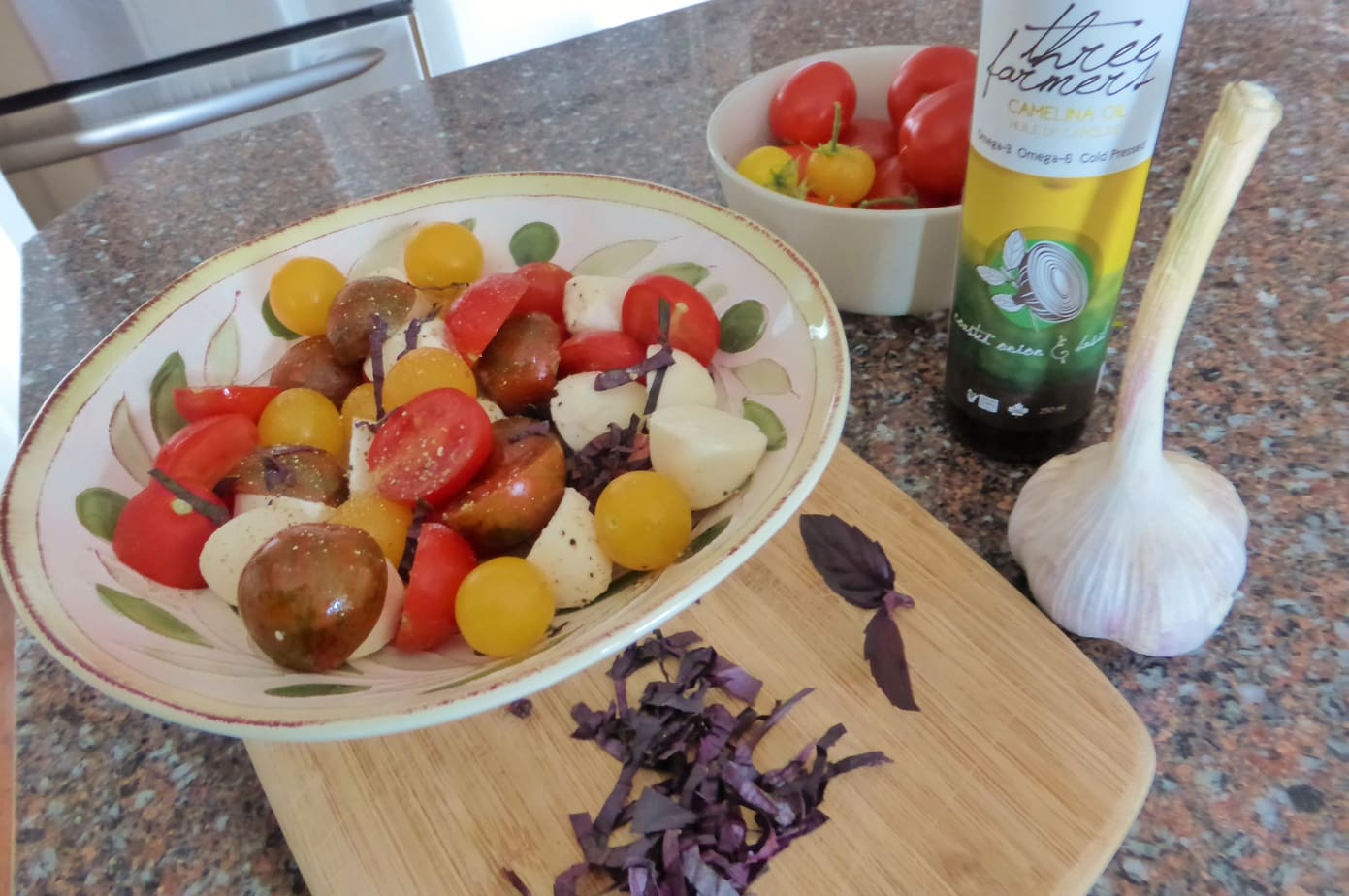 On Thursdays or Fridays I try to visit the Farmer’s Markets because 1) the produce is still fresh at the beginning of the weekend and 2) There are fewer people.  On Friday I had managed to find some really amazing chanterelles which I immediately forgot about (for a week!) while at home. 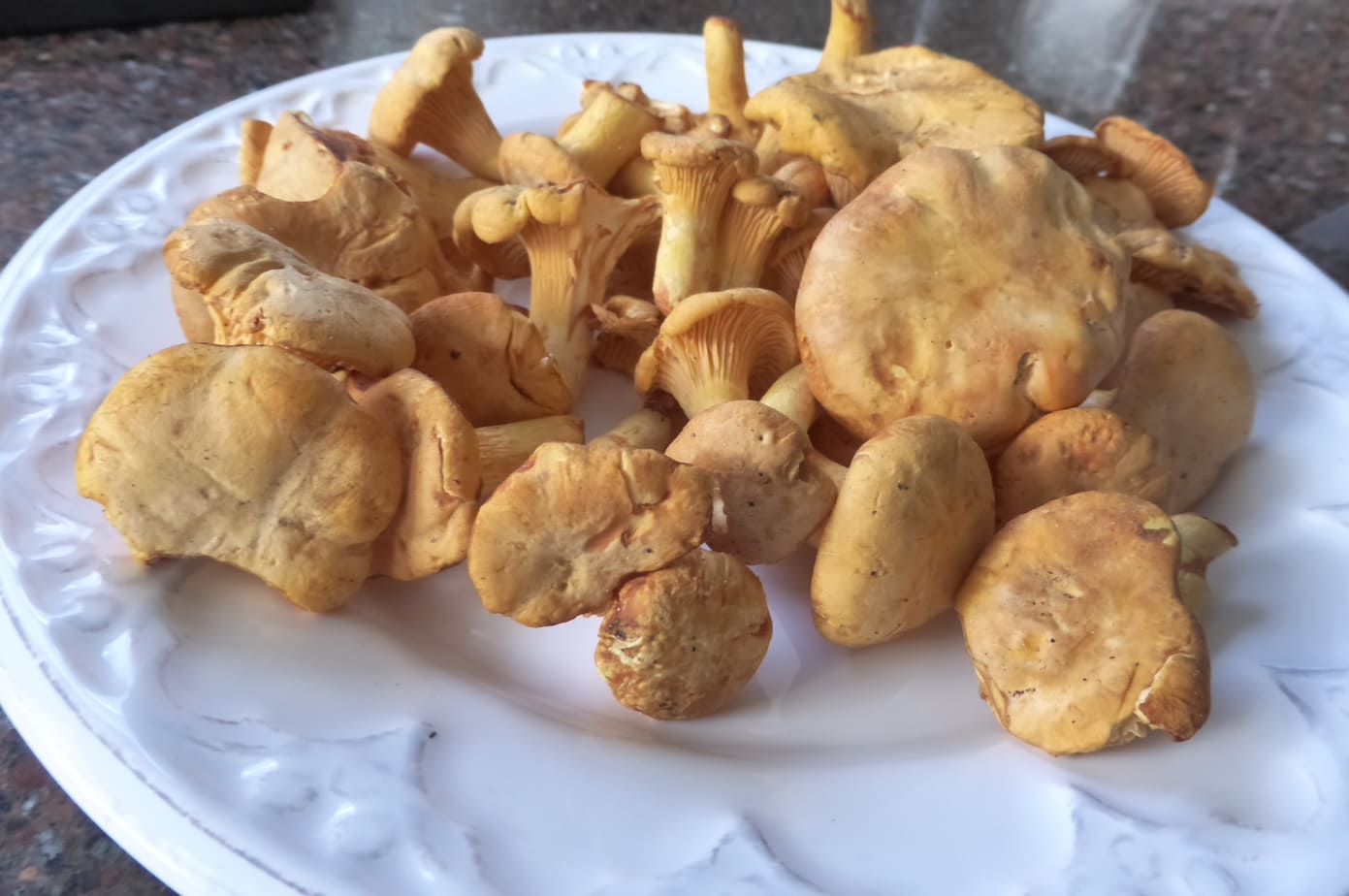 When I was making the crêpes,  I had to hunt around in the fridge for a filling. It was then that I spied the lonely chanterelles in the back corner and  I knew that crêpes slathered in chèvre and filled with these fungi would rock my world…and they did!  The kids had theirs with the usual ham and cheese. 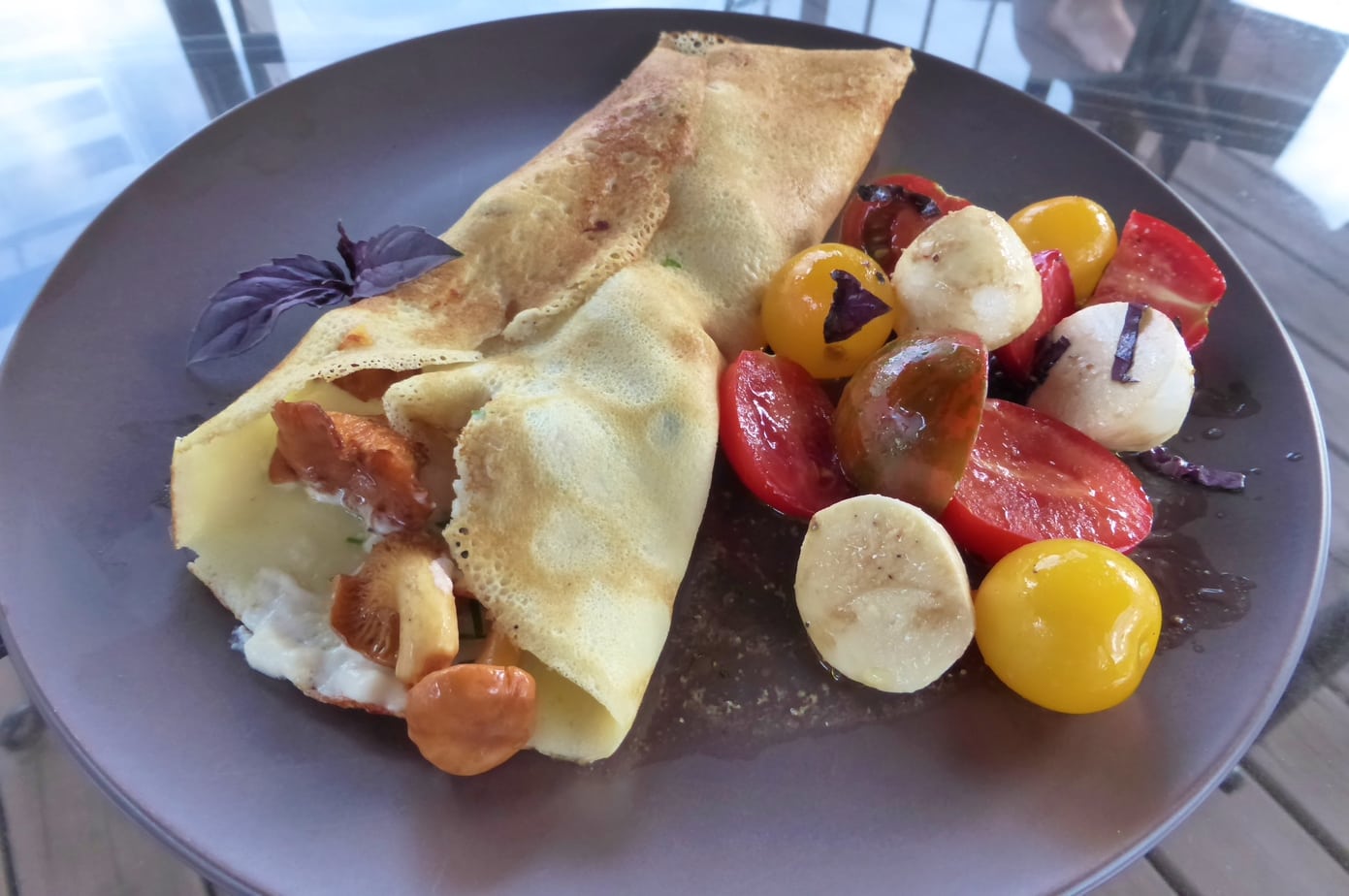 My backyard cherry tomatoes have been producing like crazy and I still had to use the rest of them up ASAP!! I made two baking pans full, cutting and de seeding the tomatoes then drizzling them in olive oil, salt, and pepper. Into the 400F oven for about 40 minutes and they come out like little flavour bombs that we especially like to use on homemade pizzas.