These Vegan Shiitake Mushroom Barley Arancini are a Japanese twist on an Italian favourite. This recipe uses nutritional yeast and seaweed to replicate the umami flavour of traditional Parmesan cheese.

During our late August summer holidays there were a few projects that got away from me. I had every intention of keeping to a strict schedule of posting and completing projects this summer but our week of holidays at the farm ended up lasting much longer than intended due to so many circumstances. 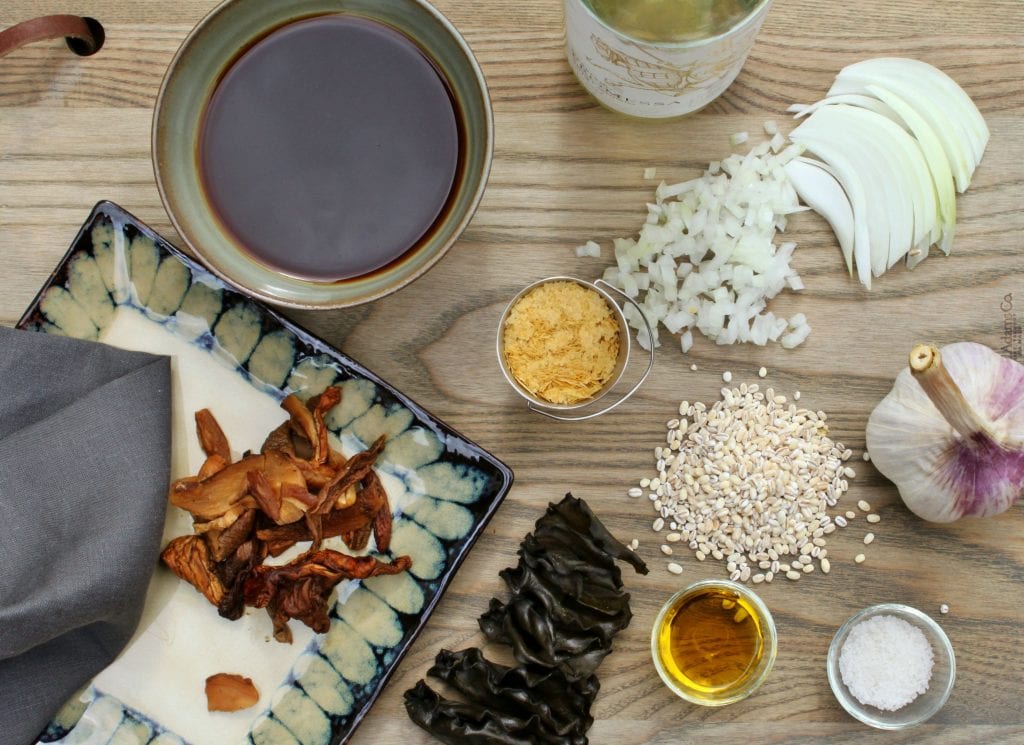 One of the projects that got away from me during my internet-free farm visit was the Mushrooms Canada appetizer contest. I had just arrived back home in Calgary began checking through emails (yay internet!) right away. Another reminder for this contest popped up and the deadline was at midnight that same day!  I absolutely love cooking with mushrooms so I just couldn’t pass up the opportunity.  The thought of possibly having my fellow food bloggers try my appetizer at the Food Bloggers of Canada conference was inspiring. Turns out that I was in a bit of a creative state of mind because I hadn’t cooked in my kitchen for a while.  I decided to go for it. 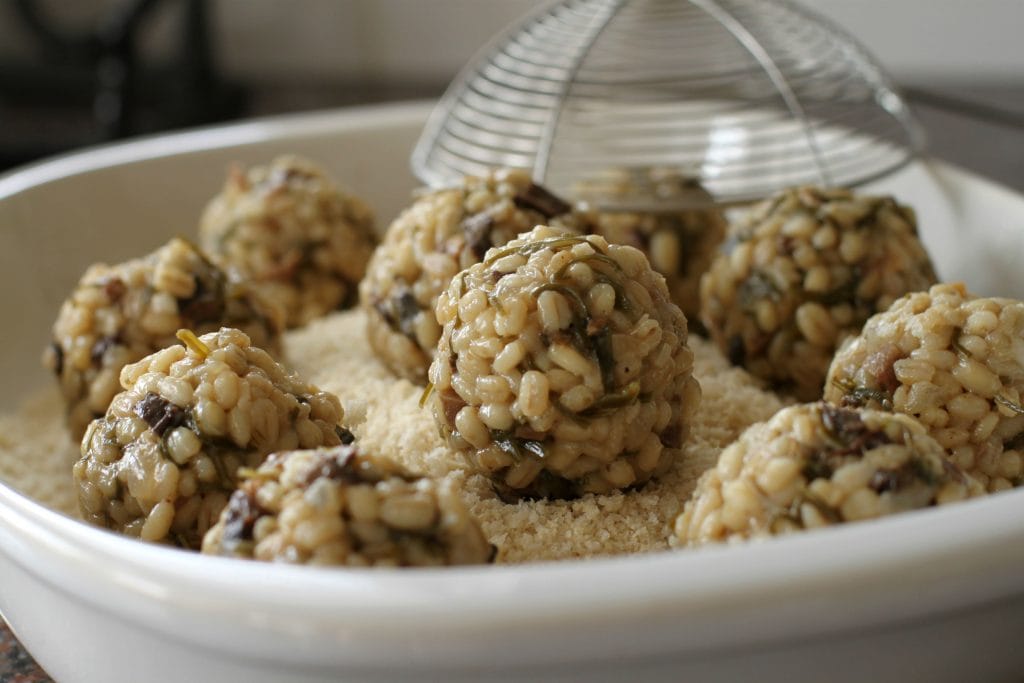 It didn’t take me too long to settle on a theme. I love how well mushrooms and barley go together in a risotto.  My family really loves arancini and I had wanted to develop a vegan arancini recipe especially for my daughter. My original arancini recipe is definitely not vegan because it includes smoked salmon and it has cheese in the risotto. 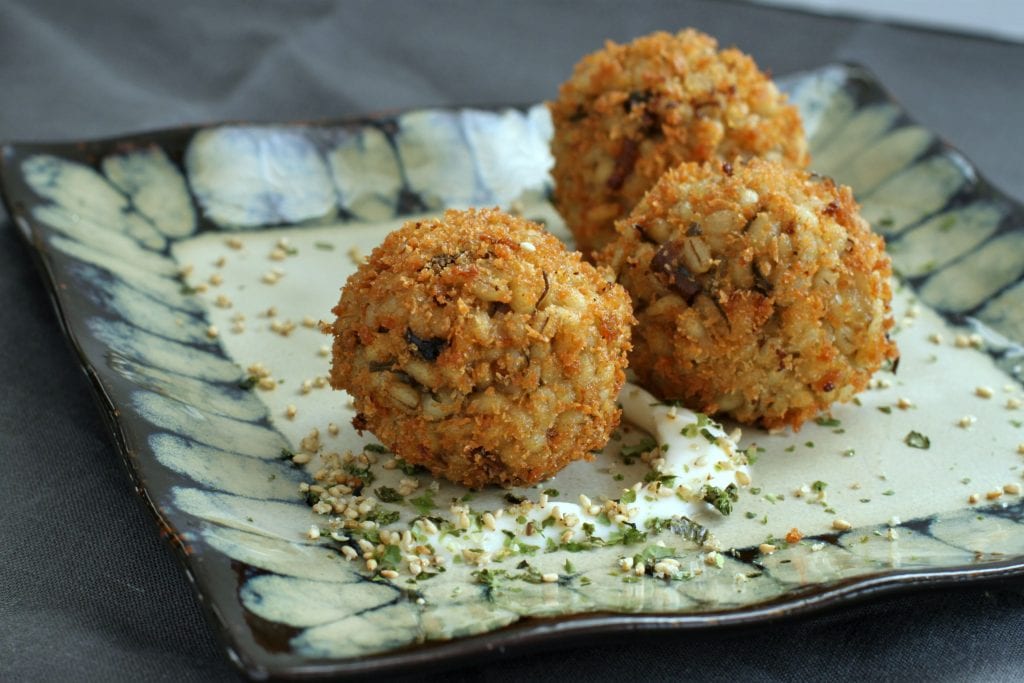 How could I change up the recipe to create a vegan version but I still have that great umami flavour that a good Parmesan would provide? Nutritional yeast flakes are the most common vegan Parmesan cheese subsitute. Another common ingredient that brings bags of umami flavour to Japanese cuisine is seaweed. In this case, they both went really nicely with the shiitake mushrooms to create these vegan Barley Risotto. 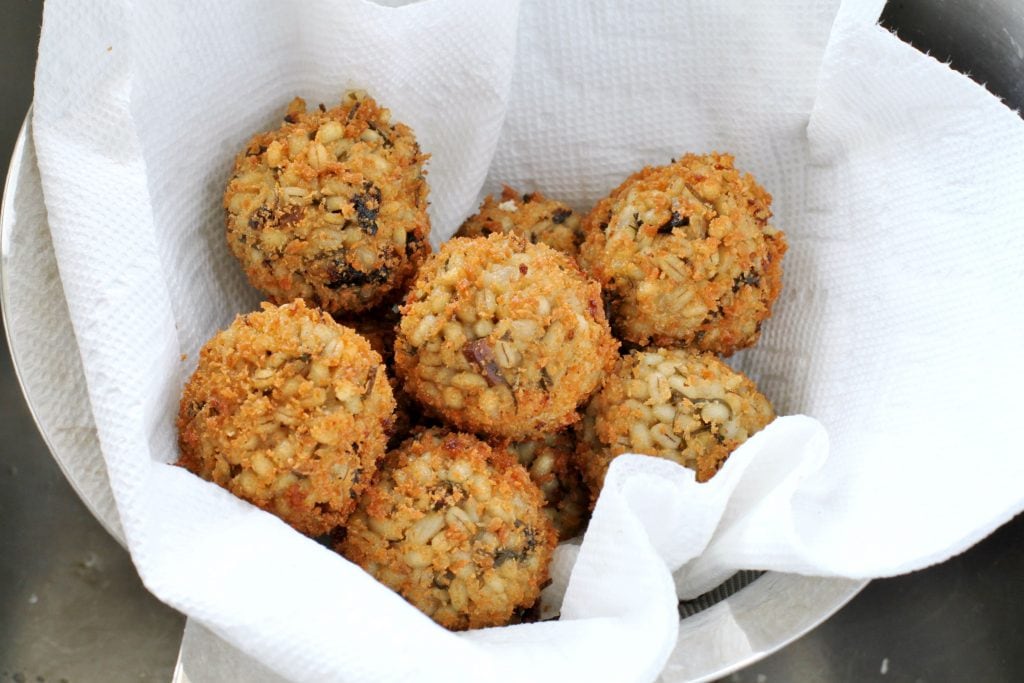 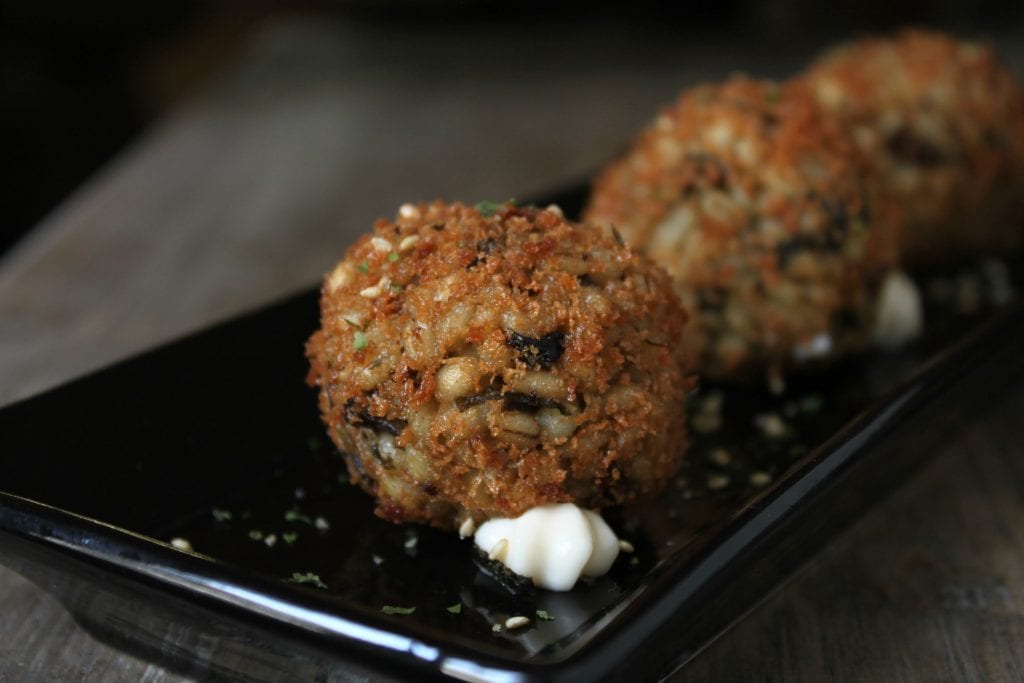 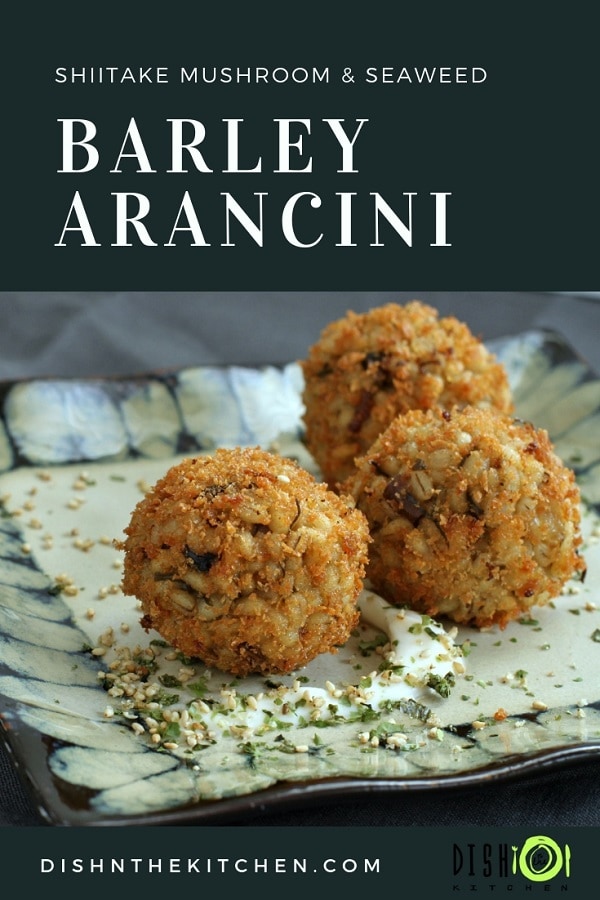