Dear readers, here it is: The Best Ever Turkey Brine Recipe. Have you been waffling upon the age old turkey question…to brine or not to brine? Have you been using the same method to cook your turkey since forever and a day? Let me tell you, once you start brining your holiday turkeys, you’ll never have a dry-ass turkey again!

To Brine or Not to Brine

There are several reasons why you should brine your turkey and only one reason not to. Should I give you the bad news first? A brined turkey is higher in sodium than a non brined turkey. There, I said it. The very first time I brined a turkey for Thanksgiving, my father in law had just been diagnosed with high blood pressure. I was SO worried that I was going to kill him with my turkey. Since I didn’t know that you should RINSE the turkey off before stuffing and roasting it, the whole meal tasted like we were frolicking on the salt flats of Salar de Uyuni. 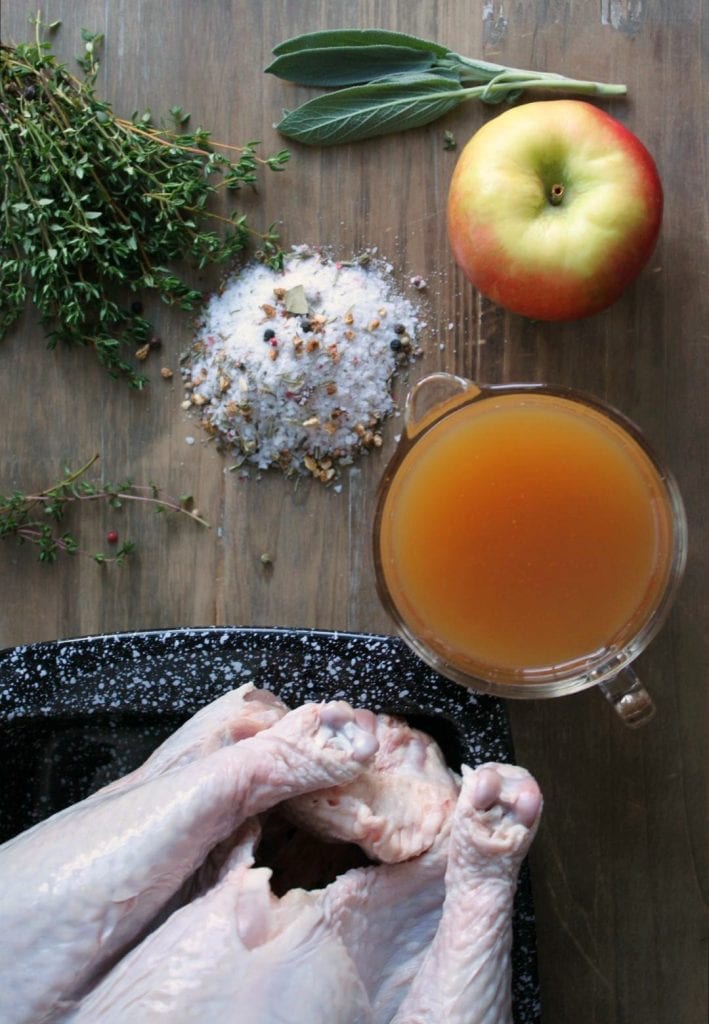 Thankfully there are several ways to ensure you do not over-salt your dinner guests…umm your turkey. Number one is buy a fresh turkey. This is the only way to know that your turkey is free from any preservatives, etc. Following that, the first thing you should do upon releasing your turkey from the briny depths is rinse it thoroughly. This is usually enough for my family (minus grandpa). Another suggestion is to fill a sink with cold water and let the turkey lounge in it while you are getting the stuffing ready. Fifteen minutes should do it. Please, for the love of God, thoroughly sanitize the area after the turkey is safely tucked away in the oven!

Now for the good news…brined turkey not only tastes great, the meat stays juicy. Yes, that even includes the breast meat! Would you believe that there is a scientific reason why salting meat before cooking it leaves the meat tender and succulent? Here’s why, according to Harold McGee, author of ‘On Food and Cooking’:

“Brining has two initial effects. First, salt disrupts the structure of the muscle filaments. A 3% salt solution dissolves parts of the protein structure that supports the contracting filaments, and a 5.5% solution partly dissolves the filaments themselves. Second, the interactions of salt and proteins result in a greater water-holding capacity in the muscle cells, which then absorb water from the brine… In addition, the dissolved protein can’t coagulate into normally dense aggregates, so the cooked meat seems more tender. Because the brine works its way in from the outside, it has its earliest and strongest effects on the meat region most likely to be overcooked, so even a brief, incomplete soaking can make a difference.” 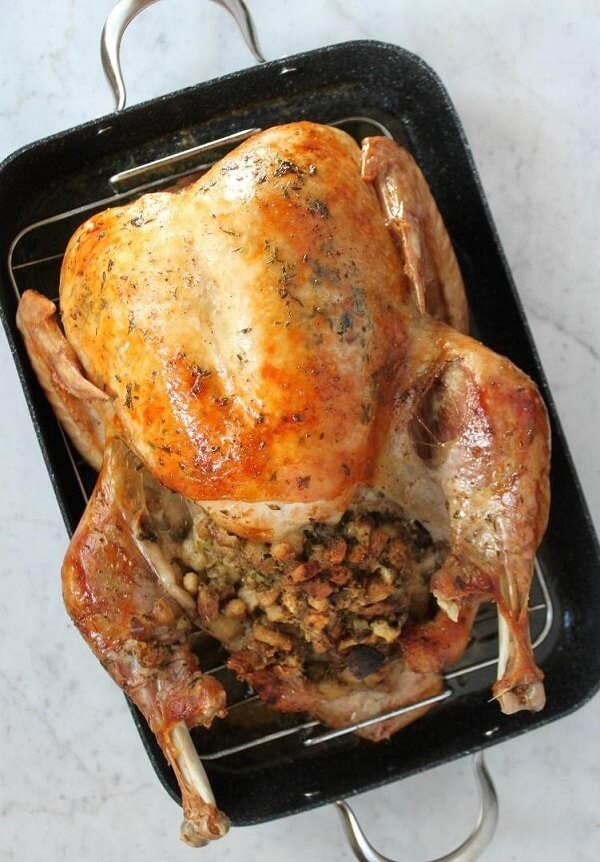 As previously mentioned, my first attempt at brining a turkey was less than satisfactory. On a whim I purchased a brine mix that I found at Winners. It came in a kit along with the giant brining bag. The next year I put a bit more thought into it and created my own turkey brine recipe, basing it on this Cider Braised Pork Roast. When I boil up the brine for this turkey brine recipe, I never add all of the liquid at once. I would have to use a really HUGE stock pot to do so and it would be really heavy.

Since the main reason for heating up the brine is to dissolve the salt, all you really need to add is about half of the liquid. Don’t forget to add the other half later on as you are bagging the bird! Speaking of bagging, try and squeeze out as much air as you can before sealing the bag. This will ensure that more of your bird is surrounded by brine.

What Do You Brine a Turkey In?

For brining, not just any old bag will do. It must be strong and large enough to contain the turkey and all that brine. Where do you find a large enough bag? You can always just use a clean, food safe plastic pail. Then how does it fit in the fridge? Ziploc makes HUGE bags that are 3 feet x 3 feet (almost a metre!). They have a double ziploc closure and are really strong.

This isn’t an affiliate endorsement, but it should be! I always support the entire set up by setting it in a rectangular plastic wash basin that we use for camping. It fits into the fridge quite perfectly, ensures the turkey is surrounded by brine, and I don’t have to worry about spills. By the way, don’t be worried if you can’t get all the brine into the bag. As long as the bird is surrounded in brine everything will be okay. 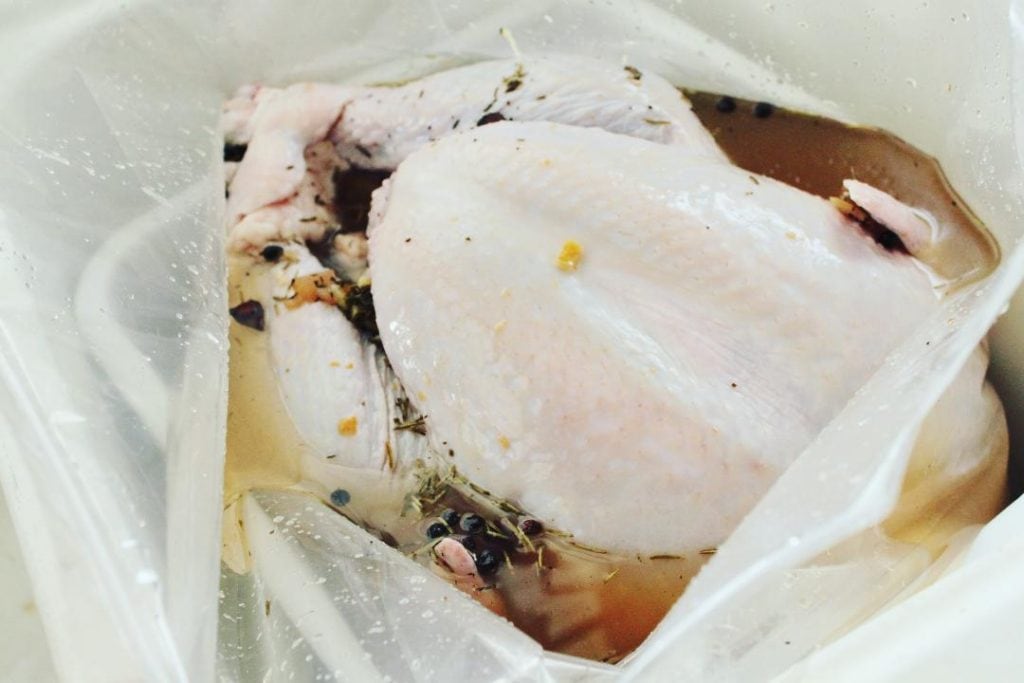 Sadly, this is the year I don’t get to brine a turkey for Thanksgiving. Our son and daughter-in-law are hosting this year so my job is to bring a dessert and a side dish. He caught me unprepared a few days ago when he texted to ask me how to make the turkey brine. I had all the photos ready for a turkey brine recipe post but had just never gotten around to writing one. Sort of strange when you consider that a major reason I started this blog was to pass on my cooking knowledge to my kids! So, this one’s for you Zack, even though you never read the blog. Perhaps someday you will! 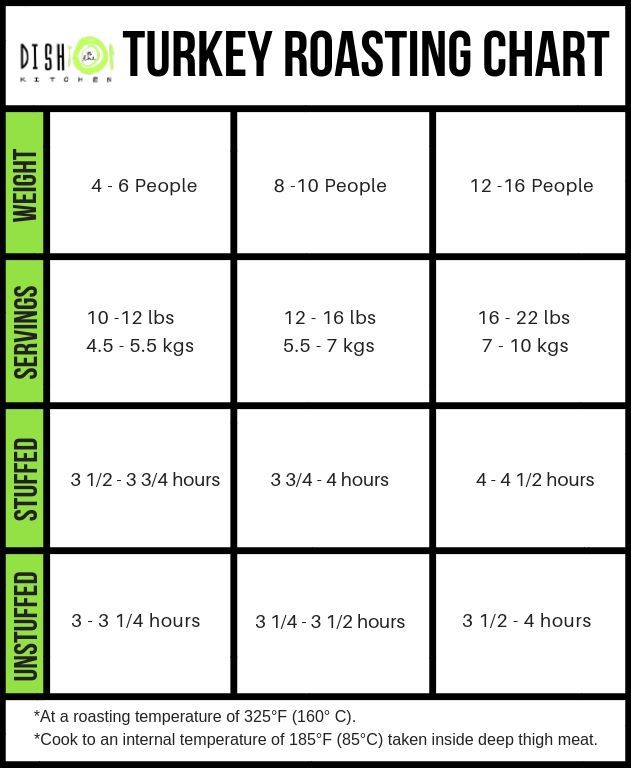 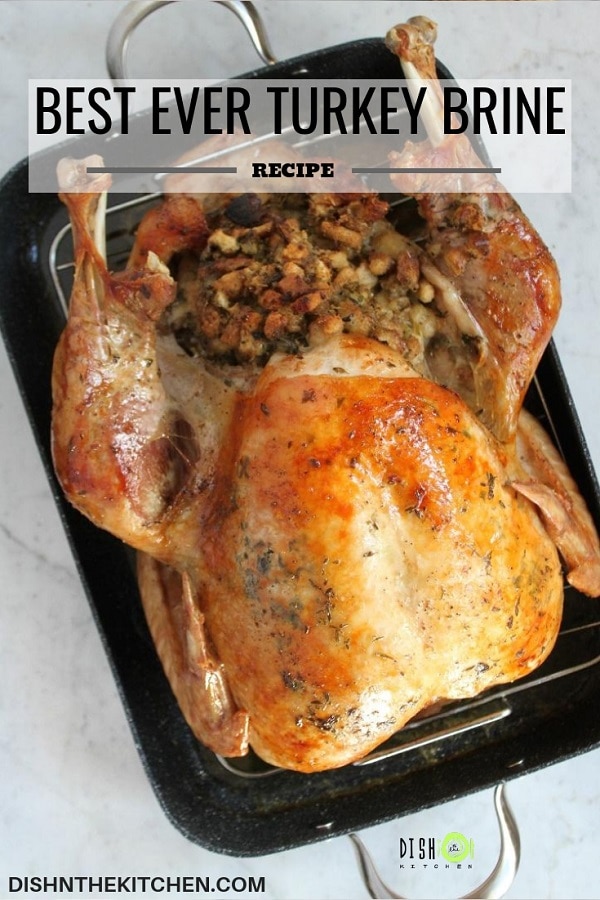 Thankful for Sides from Dish ‘n’ the Kitchen