A Cook Book for Anyone Abroad Missing Canadian Foods

More Than Poutine is Marie Porter’s love letter to Canada. Written from the point of view of someone who has moved away from her home and native land, this cookbook includes many examples of Canadian food ‘isms’ one would never know they might miss until they are no longer readily available. As a Canadian who has lived away from ‘home’ I jumped at the chance to review a copy of this cookbook, all the while thinking about how great it would have been to have a copy during our time in Australia. 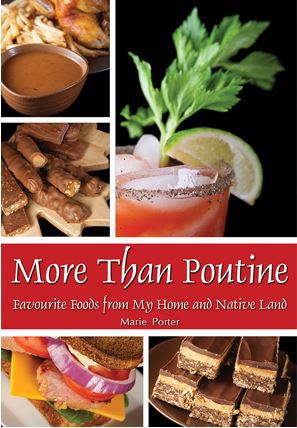 Don’t get me wrong, I was pleased to have moved to the other side of the world and even more excited to be part of the great food scene in Perth; the availability of fresh produce and seafood year round was outstanding. However, during certain holidays we definitely found ourselves craving a taste of home. Our cravings began at Christmas-time, with the perennial Canadian favourite…butter tarts. Fortunately they are easy to replicate no matter where you are. Marie covers several versions of ‘butter tarts’ in More Than Poutine including those in bar form and a sweet butter tart liqueur.

Then there were more difficult requests to fill such as perogies. Now, perogies really aren’t ‘Canadian’ as such but if you grow up on the prairies your diet is greatly influenced by Eastern European flavours. Even though I found a Polish deli (where I also stocked up on sausages) which claimed to make perogies, I never found them in stock so I ended up trying to make them. I found a rudimentary recipe on the internet and they turned out okay but I think Marie’s recipe, including tips from her Manitoban grandmother, would have been exactly the recipe I needed!

Speaking of Manitoba, my husband was born in Winnipeg and raised in Flin Flon. We’ve made many trips to ‘The ‘Peg’ to see his side of the family and his parents made the trip to Perth (twice!) to see us. It was quite a shock to their system as they visited us in January when temperatures at either location are at their extremes…we’re talking about a potential 60 degree (or more!) change in temperature. It really was a treat to have family come see us as we really missed them so…living in another country is sometimes very isolating and lonely especially if you are close with your family.  As a homage to my husband’s Winnipeg roots, I chose to bake Marie’s Schmoo Torte on page 202. I found that the recipe was easy to follow and produced an impressively delicious cake with a lovely crumb texture. I love that Marie includes a gluten free option for many of the recipes…in fact she has written two other entirely gluten free cook books! 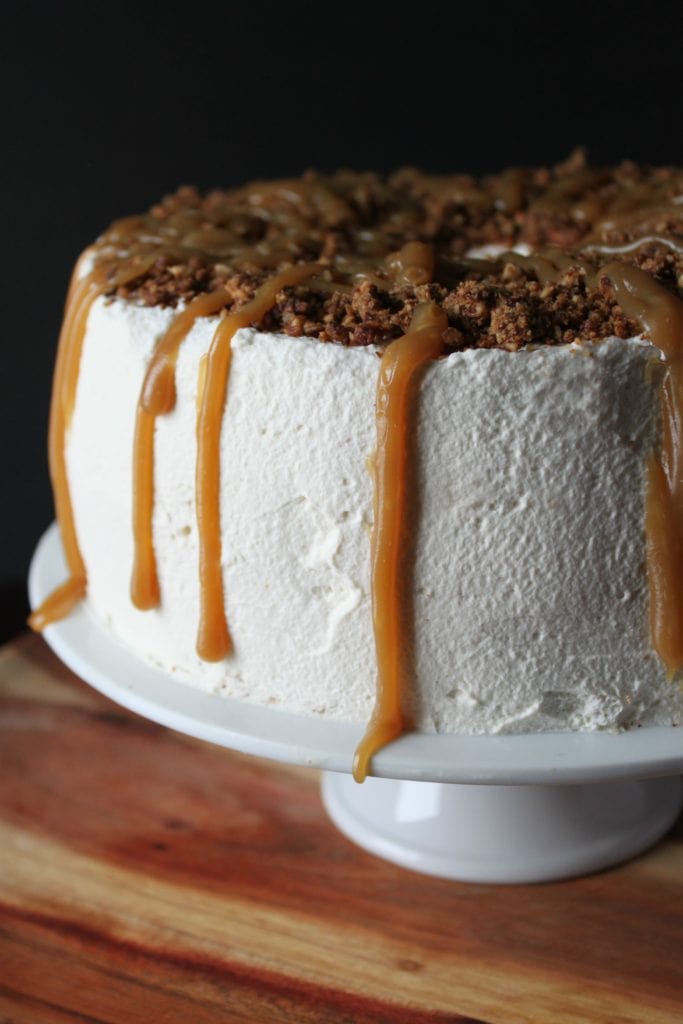 I had my older son and daughter in law over for a slice of Schmoo during Superbowl of all things…who makes a cake for superbowl? I do, apparently. I also made wings (Marie has a recipe for Honey Garlic Chicken Wings) and Marie’s Dill Pickle Dip. I served it with a Canadian classic…Old Dutch Ripple Chips! 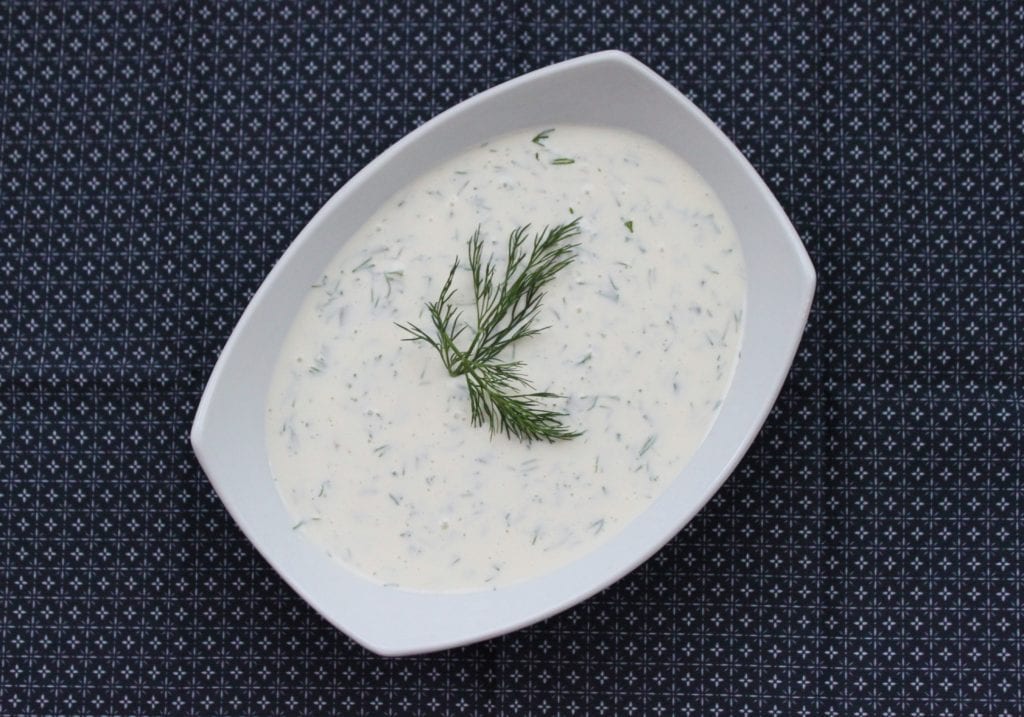 As I grew up on the prairies, my experience with foods available across Canada was somewhat limited. The scope of the recipes in this book really surprised me, Marie has done an amazing job of resarching and covering every province and cuisine; from Bannock to Green Onion Cakes and Hodge Podge. There are so many unique recipes in this book…I’ve never even heard of ‘Artemis’ Steak Spice, Rappie Pie, or ‘Persians’!

Finally, I’d like to apologize to Marie. I’m embarrassingly late on this review as I’ve had a copy of this book since at least October. I’ve read it back to front but struggled to find the time to try out some of the approved recipes. The ones that I have tried, have been easy to follow and delicious so I’m looking forward to trying more. When the weather turns warmer I’m going to try the recipes for my husband’s two very favourite ice creams…Tiger Tail (which we Saskatchewanians call Tiger Tiger) and Maple Walnut. It’s not always easy to find these two flavours, even here in Alberta! 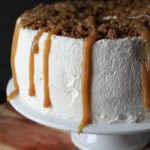 FOR THE FROSTING: Whisk 2 cups of the heavy whipping cream together with the icing sugar and vanilla until very thick. Spread as filling between the 3 cake layers, stacking as you go. Use remaining whipped cream to frost the sides and center of the cake, decorate with more pecans as garnish if desired. Chill for at least two hours.fOR THE CARAMEL SAUCE: Melt butter in a medium saucepan. Add brown sugar and heavy cream, whisking until smooth. Bring to a boil over medium heat. Boil for 2 minutes, then remove from heat. Stir in vanilla, allow to cool. To serve, warm the sauce, drizzle over whole torte, and/or individual slices.For Gluten FreeMix together 1/3 cup light buckwheat flour, 1/4 cup corn starch, 1/4 cup coconut flour, 2 Tbsp tapioca starch, and 1/2 tsp xantham gum, use in place of cake flour.