Split Pea and Ham Soup is a traditional French Canadian soup anyone can make using simple ingredients. It’s the perfect way to use up leftover ham! Choose between either slow cooker or stove top methods.

Make use of meaty leftover ham bones by making this comforting classic Split Pea and Ham Soup. It only takes a few really simple ingredients to whip up this hearty French Canadian classic. Leave it as a chunky broth based soup or blitz it up to create a velvety puréed soup…just don’t forget to add extra ham at the end! Lastly, serve it with a side of hot buttered Cheesy Cheddar Stout Soda Bread then finish on a sweet note with my grand-mère’s traditional Maple Fudge (Sucre à la Crème). 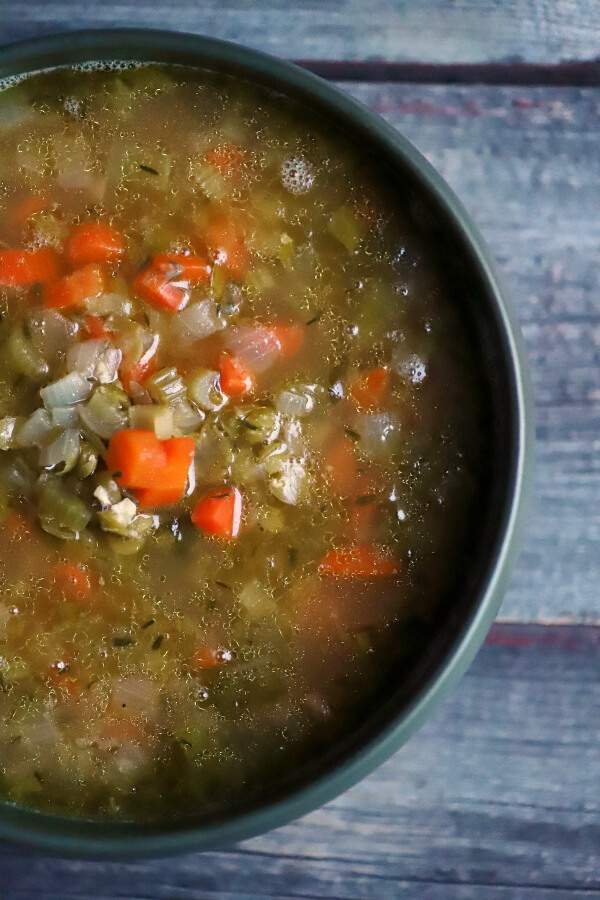 As I thrifty cook, I can’t stand to let food go to waste. For me, making Split Pea and Ham Soup is as fulfilling as cooking an entire Easter dinner. I always look forward to slow cooking this soup all afternoon because it just smells so amazing!

I’ll never forget the one Easter that my family took over the clean up portion of the meal. They were so thorough in their cleaning that they mistakenly threw the ham bone away! I make it a point now to remind the clean up crew not to waste the bone…and they happily oblige because they love this soup as much as I do. 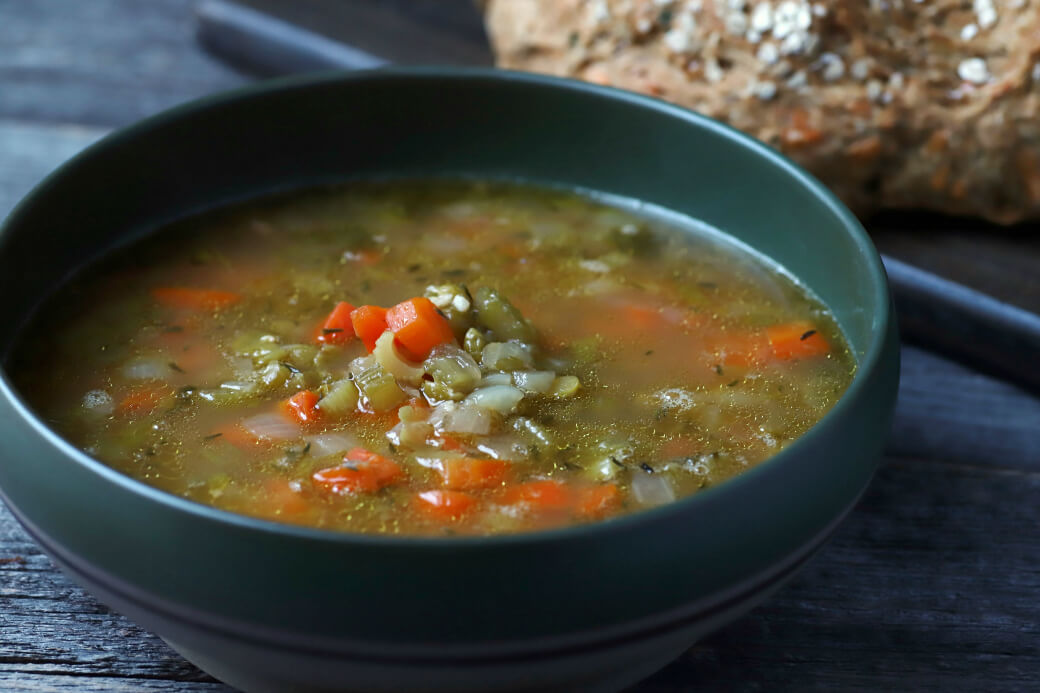 What are Split Peas?

Split peas are dried field peas which have been peeled and split either by machine or by hand. These pulses come in green and yellow varieties and are commonly used in many cuisines throughout the world. Dried split peas are economic, filling, nutritious, and have a long shelf life.

However, if they seem to be taking longer to cook than expected it may be because they have been in your pantry for a while. Don’t fret, they will eventually cook down, though you may need to add more water to get the job done.

Unlike beans, split peas do not need to be soaked overnight. Just give them a quick rinse and sort through them to make sure there are no stray pebbles. 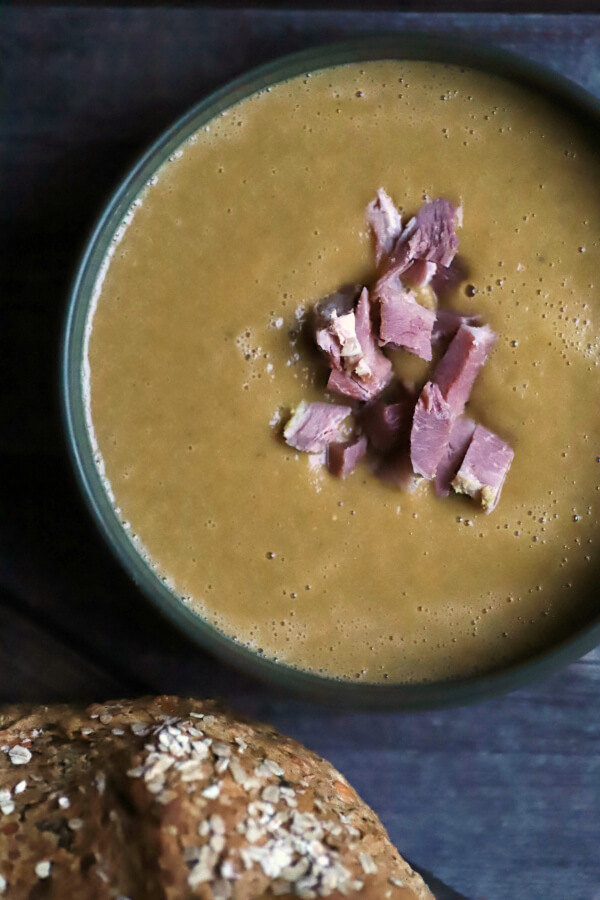 Traditionally, Québécois pea soup (Soupe aux pois) was made with yellow split peas, salt pork, and herbs. My version is maybe a bit different because it includes onions, celery, and carrots as well. 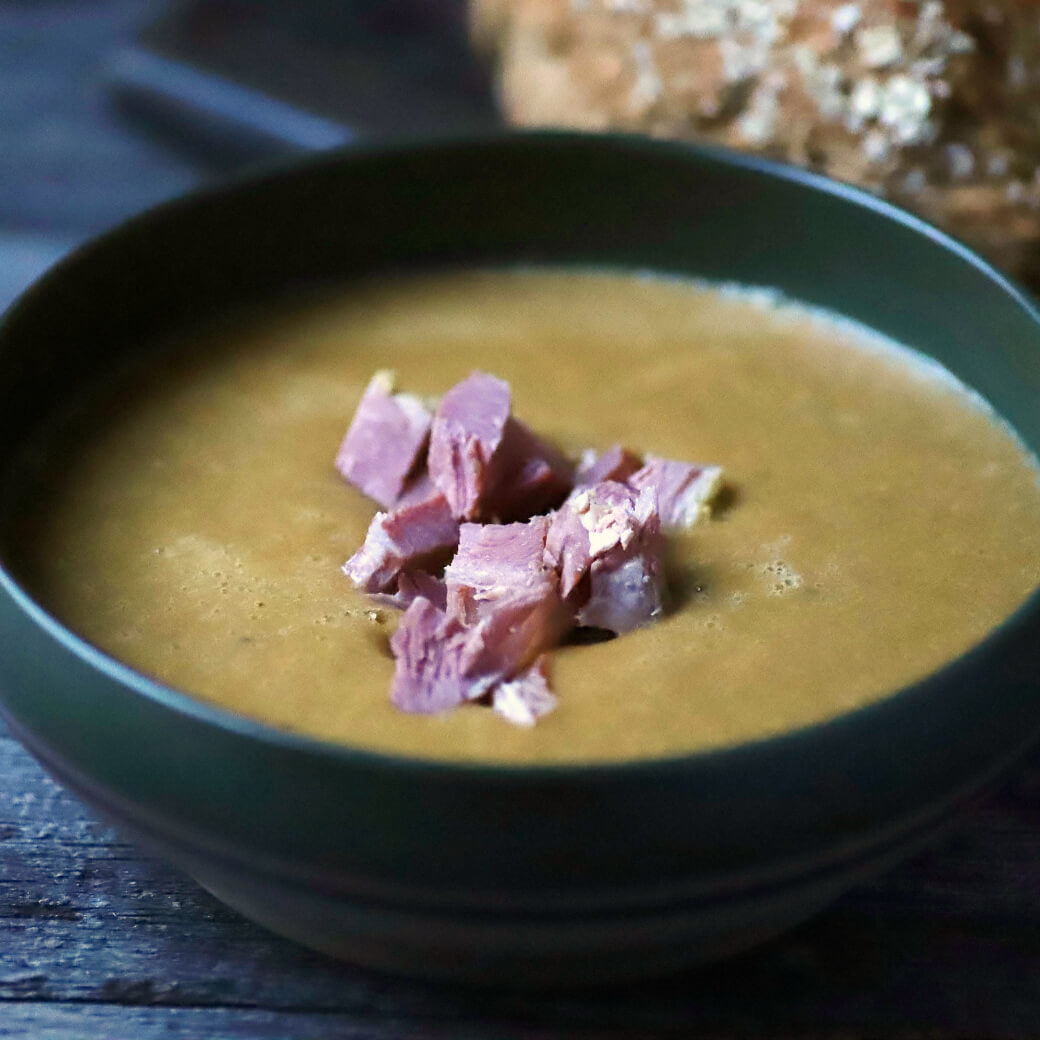 Split Pea Soup Around the World

There are so many other variations of Split Pea Soup and most include some sort of pork whether it’s salt pork or ham. 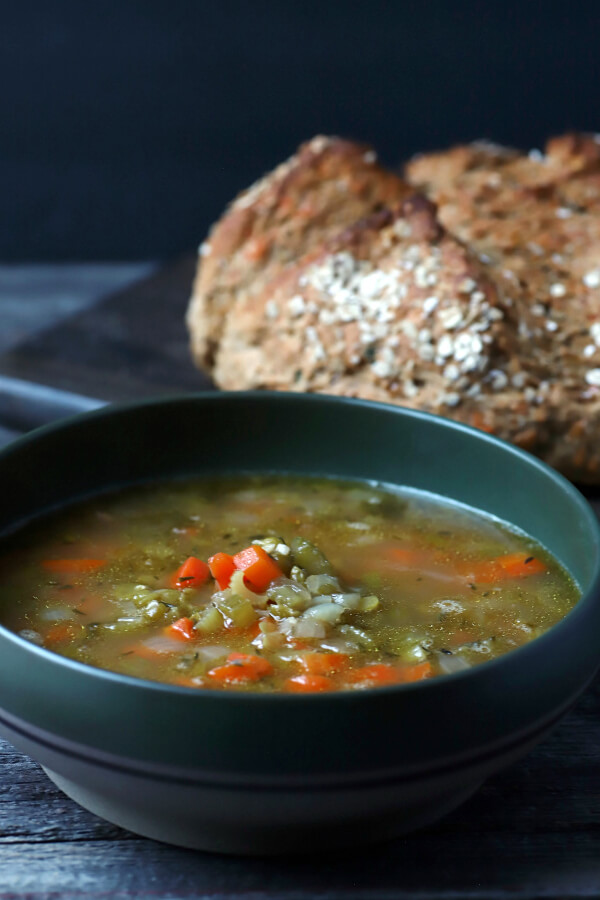 How to Make Split Pea and Ham Soup

Begin by placing the ham and ham juices in a large stock pot. Next add the celery, onions, carrots, and dried split peas. To this, add enough water to cover the ham bone. Throw in some bay leaves, fresh thyme (if using) and season with freshly ground pepper (you probably won’t need salt!)

Bring it all up to a slight boil, then let it simmer for 40-60 minutes. Next, remove the ham bone and bay leaves. Test to see if the peas have softened, then either blend the peas using immersion (or vitamix) blender or enjoy as a brothy soup with more texture. Lastly, add extra left over sliced ham or fresh herbs you may have. Easy peasy. 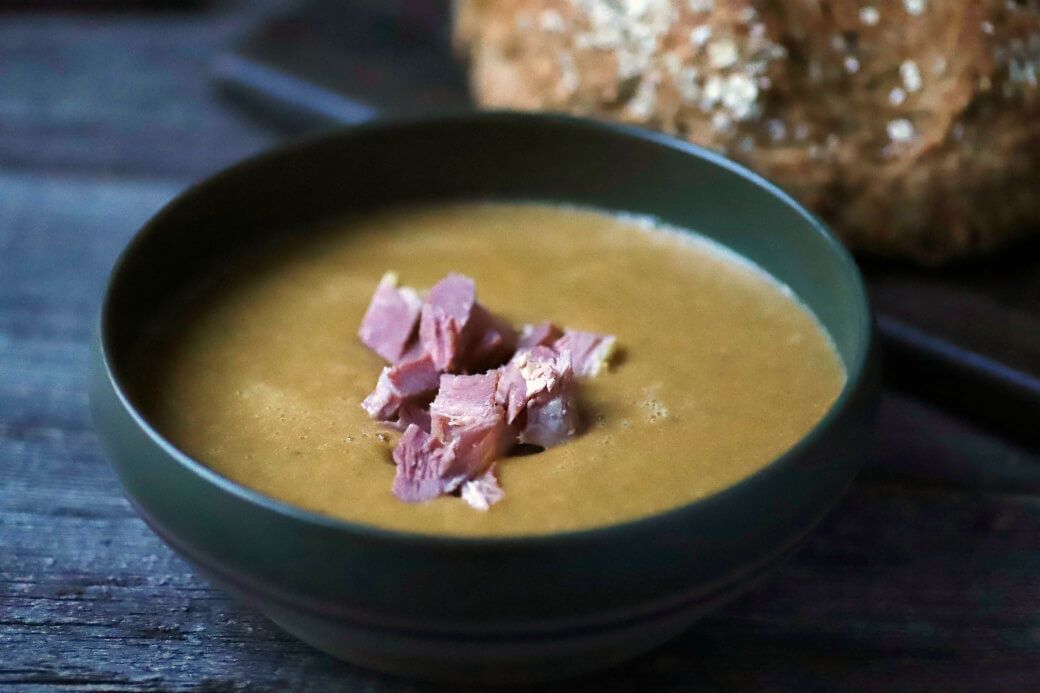 Is Split Pea and Ham Soup Good For You?

Split Peas are dried legumes (pulses) that are high in fibre and low in fat which is great for your digestive system and as protection against heart disease. Furthermore, they are also a good source of Vitamin A, B (and magnesium) with a one cup serving delivering 35% of daily Vitamin A requirements for women (27% in men).

However, Split Pea and Ham Soup is often high in sodium as it is generally made with smoked or salted pork products. To reduce the amount of sodium, you may choose to use low sodium pork products or refrain from adding extra salt while seasoning the soup.

How to Store Leftover Split Pea and Ham Soup

Lastly, this soup is very filling so you will likely have leftovers. Simply store any leftover Split Pea and Ham Soup in the fridge for a few days or freeze in an airtight container for 2-3 months. Gently reheat the soup, thinning with extra stock if it seems too thick.