I have mixed feelings about being finished all my Paris posts. One one hand…finally! On the other I can move on to our favourite part of the trip; Bruges.

Sandwiched in between  Paris and Bruges was our four hour stay in  Brussels. We departed on a TGV train from Gare du Nord in Paris and three hours later we were there. It took a while to stow our luggage at Brussels midi, then we realized after it was stowed that all our maps and information for our time in Brussels was still safely stored with the luggage. There may or may not have been some sharp words exchanged. Just saying. We decided to take a taxi to the Gros Markt or main square just because it was the touristy thing to do.  There are several hotel chains around the square and I walked into one and asked for a map. One obliged with one of the most ridiculous maps I have ever seen. Of course it was half ‘cartoon’ and half real with skewed distances and giant numbers all over. But it did show us general locations and directions and that was enough for us to get around for about four hours. 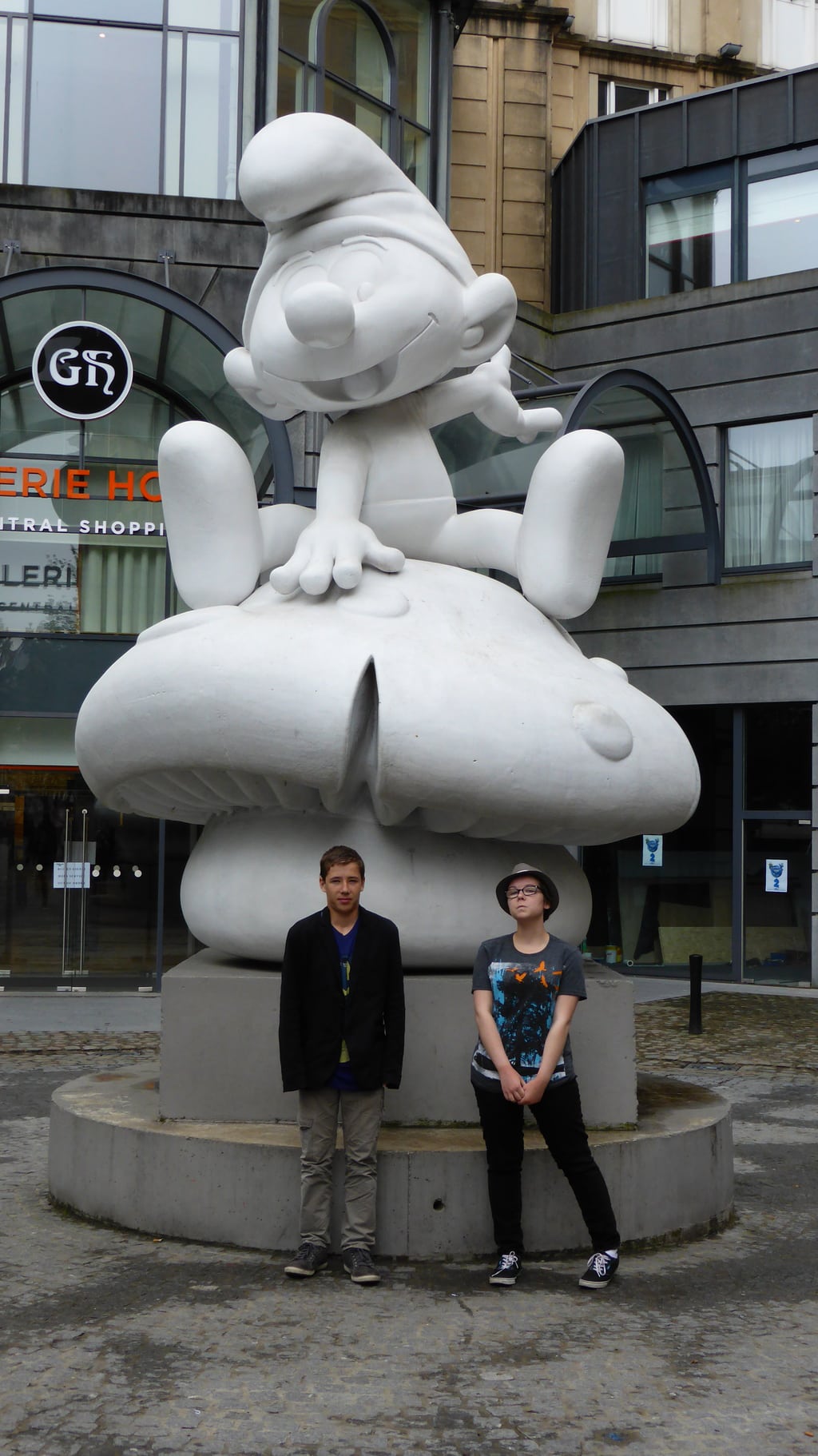 While we were wondering where we should go, we turned the corner and just had to stop for a photo op with this giant smurf

My friends, those of you who know me well will already know that I LOVE beer. To my readers who didn’t know about this little quirk of mine I will let you know that beer was what brought us to Belgium.  Our first Belgian beer store: 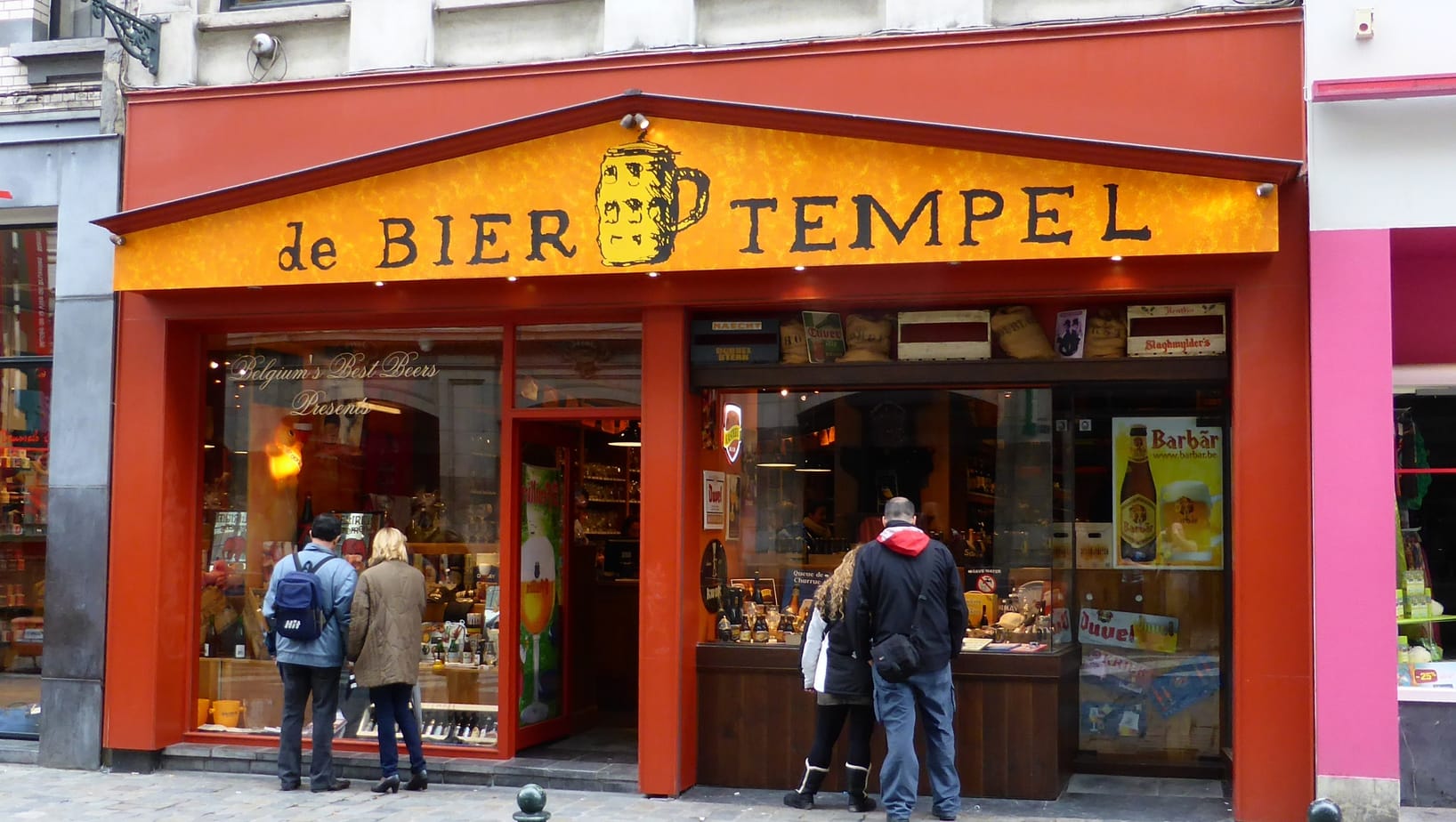 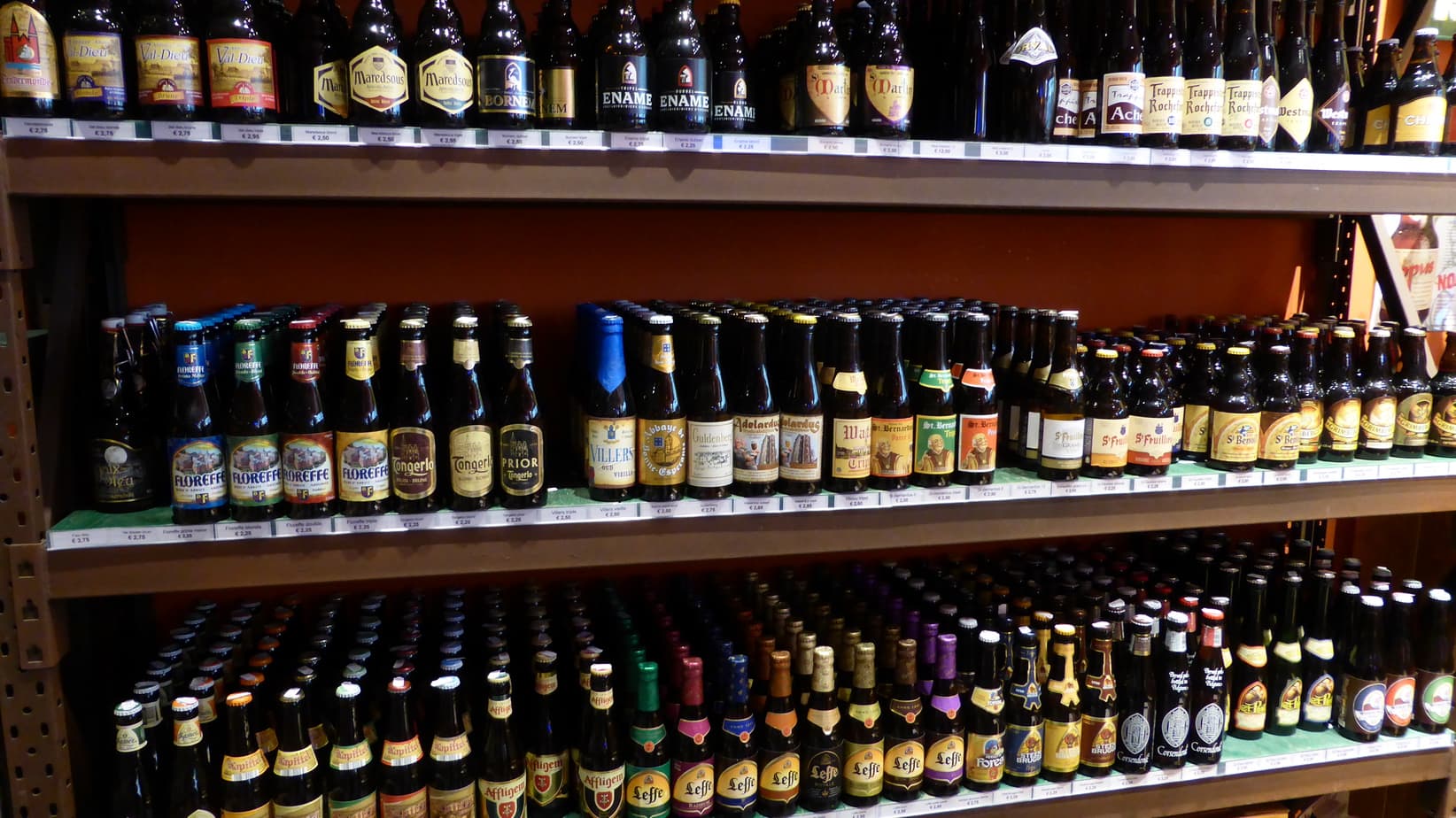 After the Bier Tempel, we visited what is probably the oddest tourist attraction I’ve ever seen. The whole city is crazy for Mannequin Pis, a fountain featuring  a young boy urinating. We were surprised to see him dressed in a soccer kit, complete with tiny ball but apparently he has a wardrobe of over 800 outfits which are housed in the city museum. Many of the chocolate shops have Mannequin Pis themed chocolates displayed in their shop fronts. 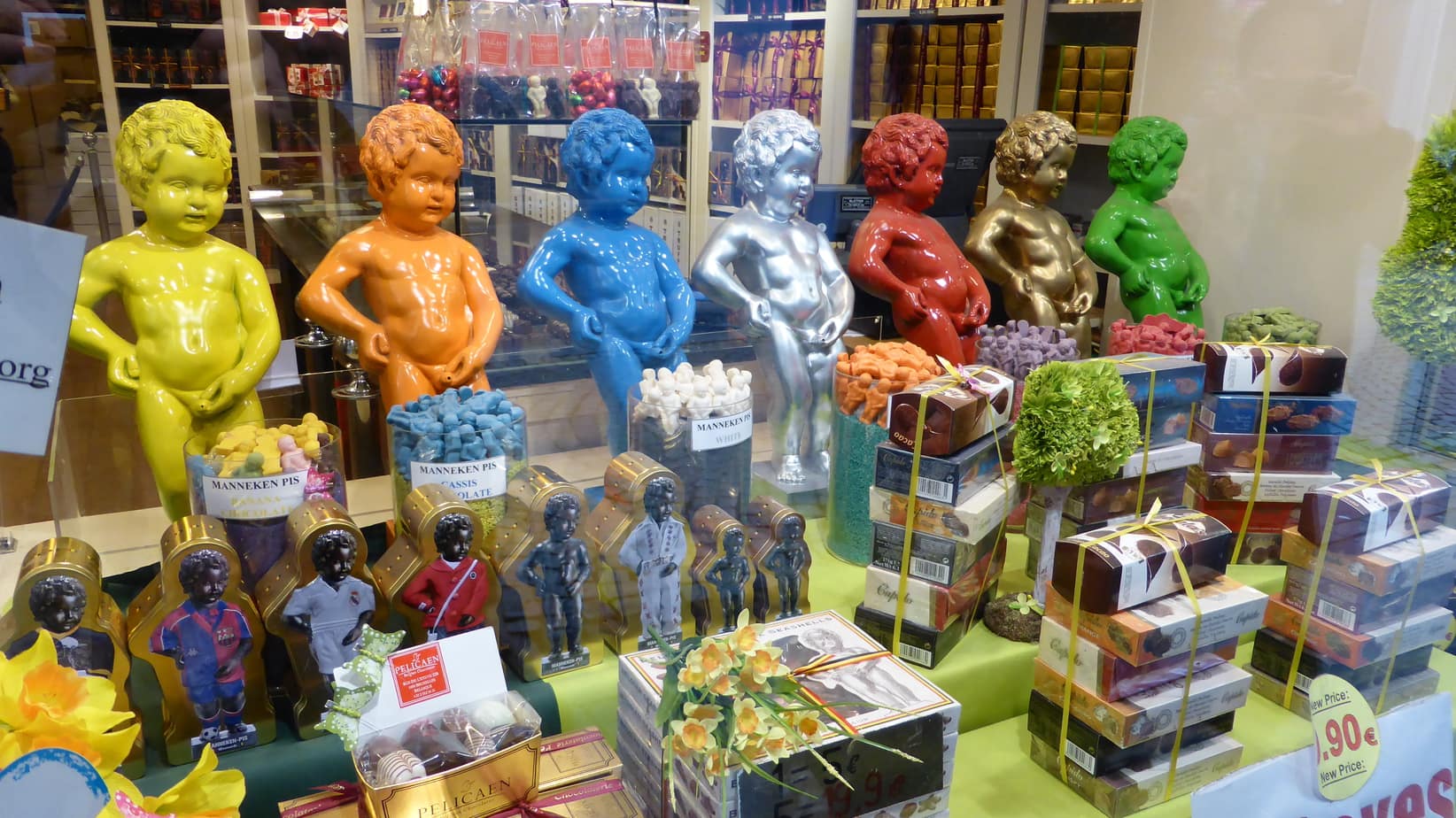 There is a local food chain that sells Belgian Frites called Manneken Frites. The sign freaked us conservative Canadians out a bit considering the Belgians eat their fries with mayonnaise. 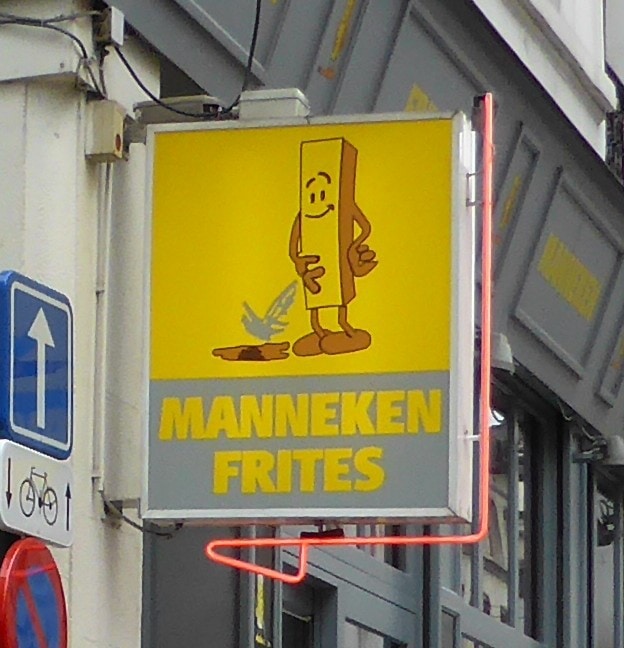 We had lunch and our first Belgian beers in a pub near the statue (not at Manneken Frites). I think those were some of the best burgers I have ever had and that includes the one I make at home. 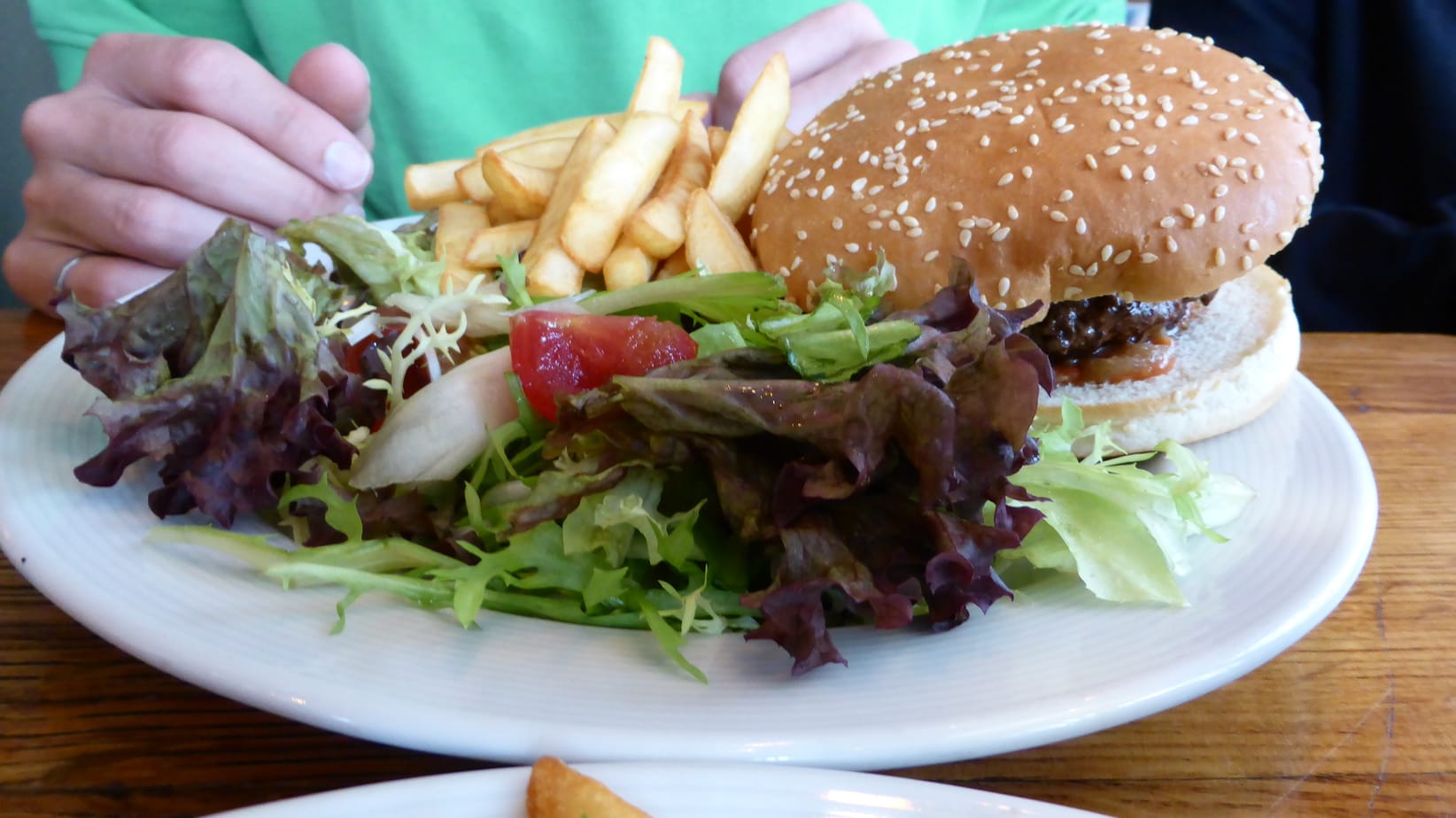 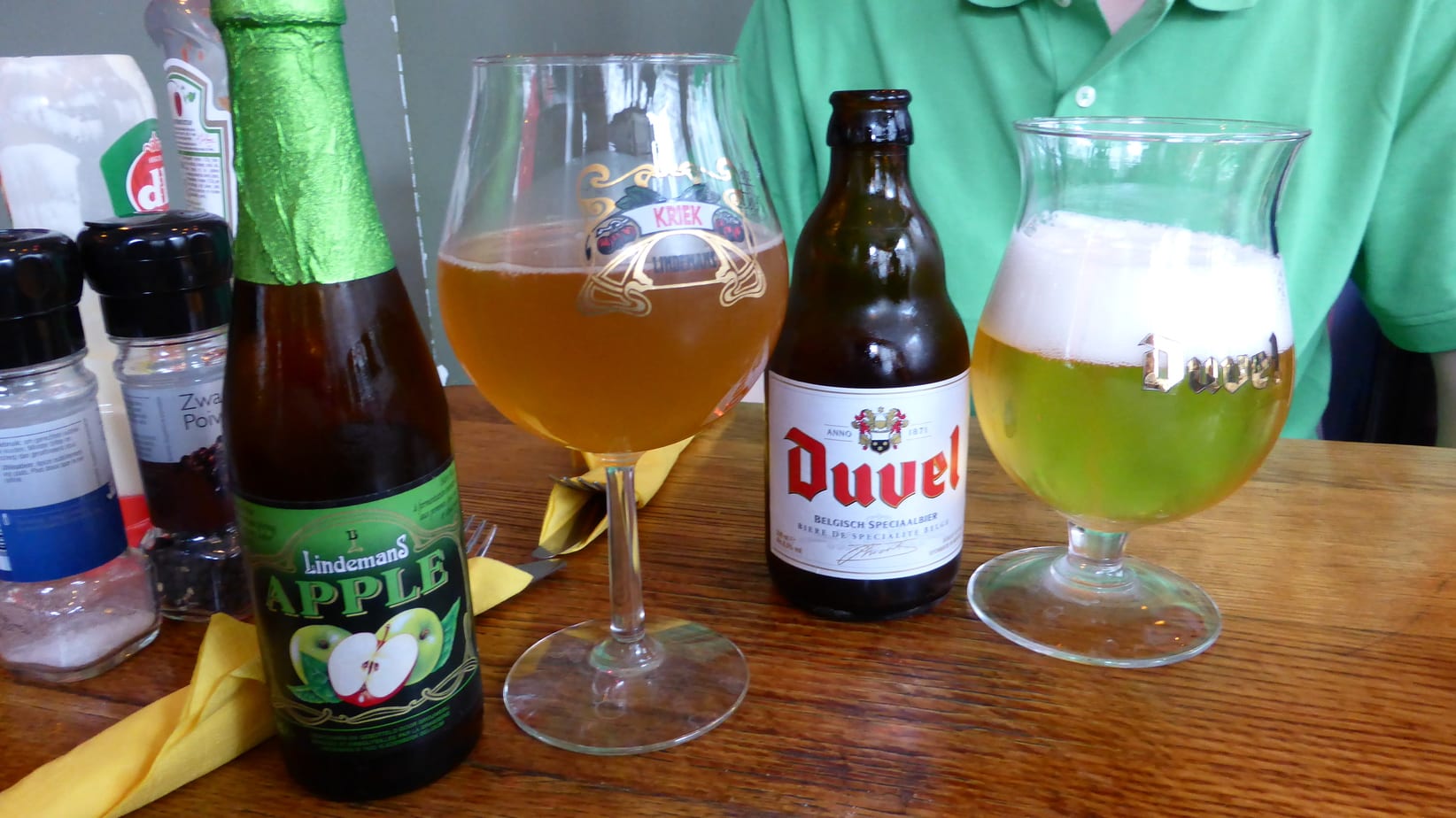 I had the Lindeman’s apple which was basically a very delicious beer-like apple juice and hubby had a Duvel Strong Pale Ale.  Sigh.

After dinner, we walked the streets looking for more tourist action. Though the rain seemed to be holding off for the time being, we were getting very tired of seeing so much grey. Then we turned the corner and saw…a rainbow! 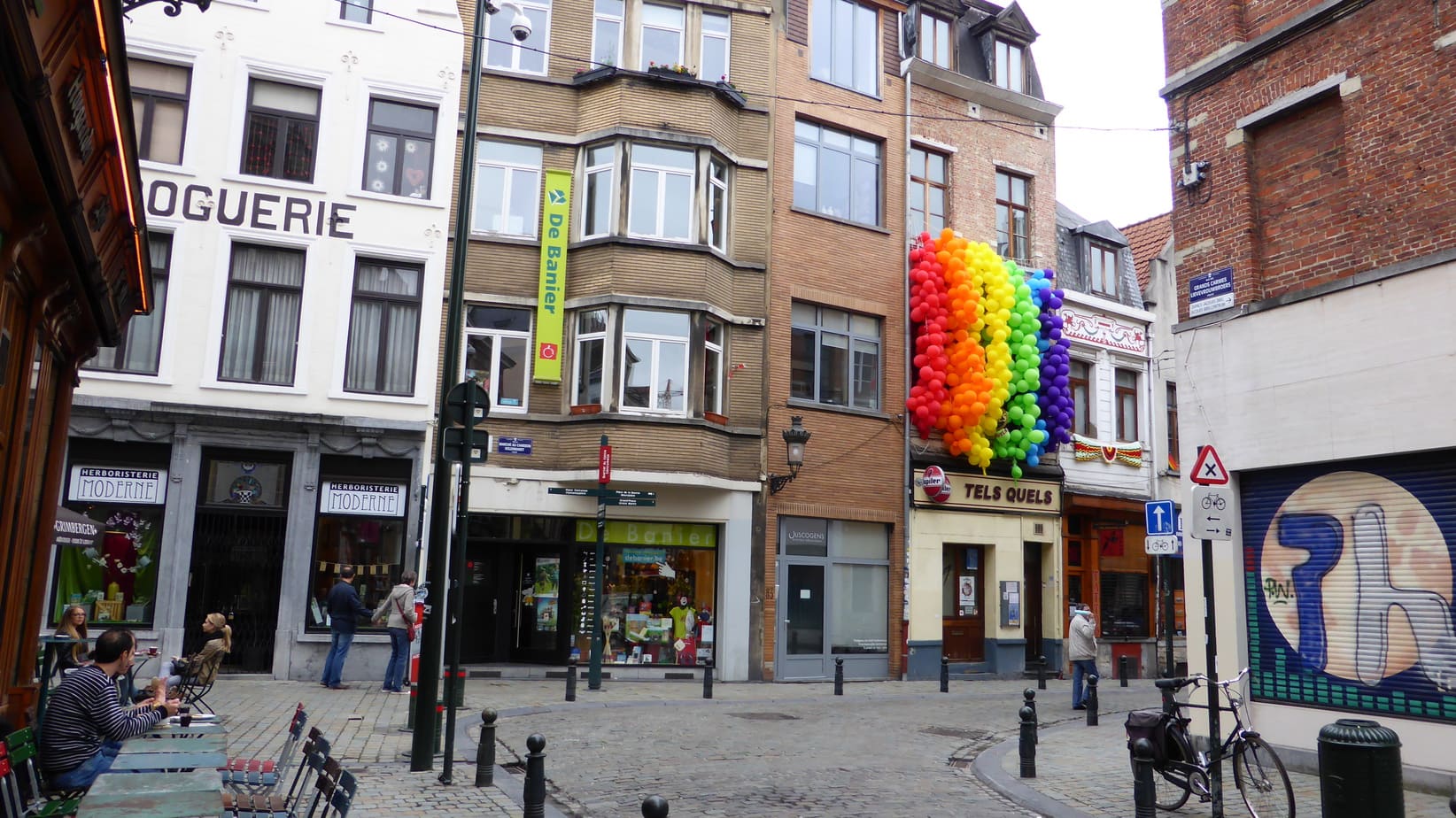 Kid number two is quite the artist and enjoys various forms of art, especially ‘graffiti art’. Here is a cool Tin Tin inspired scene on the side of a building near Brussels midi. 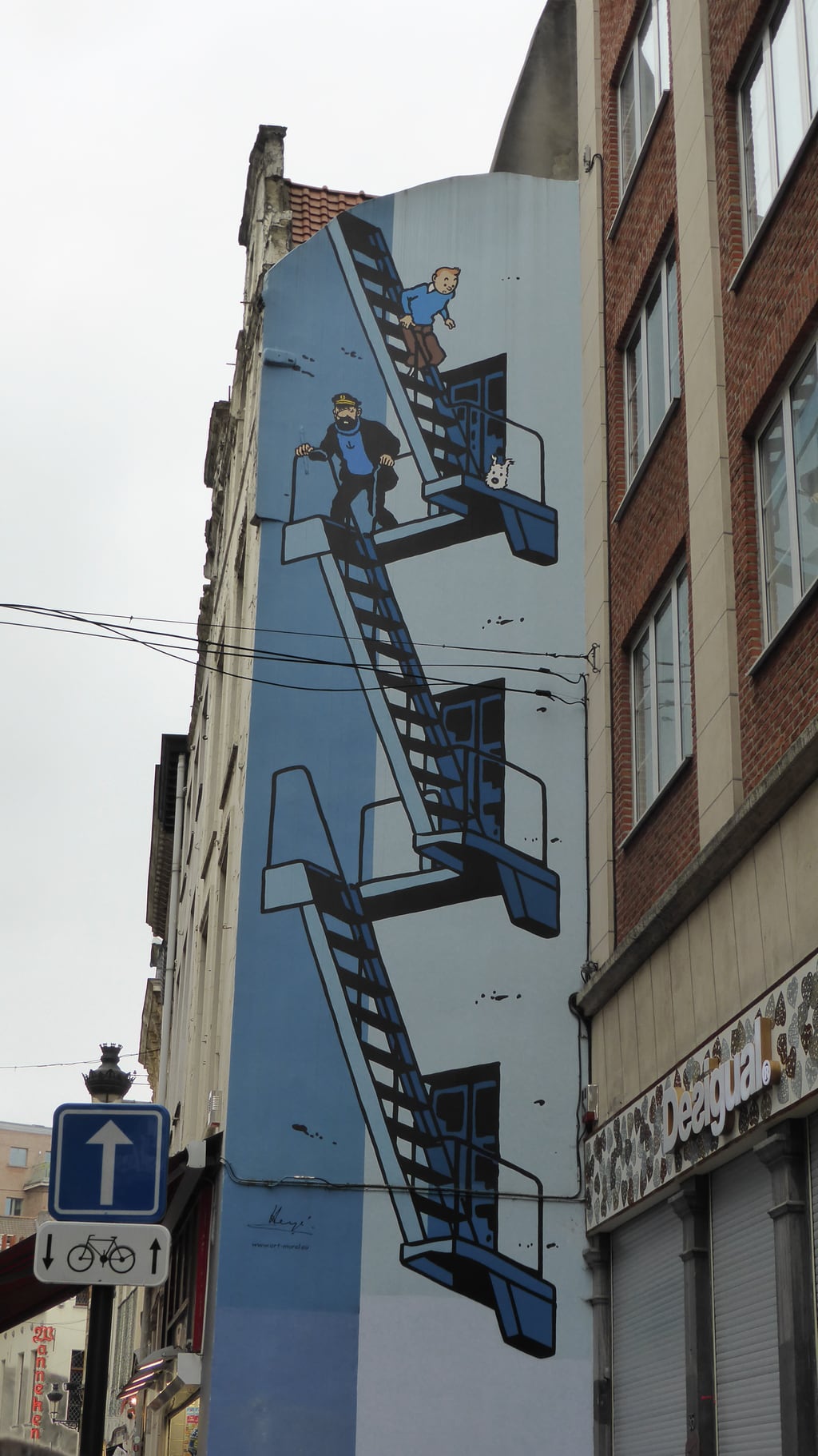 We found a really great Mediterranean bakery/confectionery and  couldn’t resist buying some treats for the train ride to Bruges. 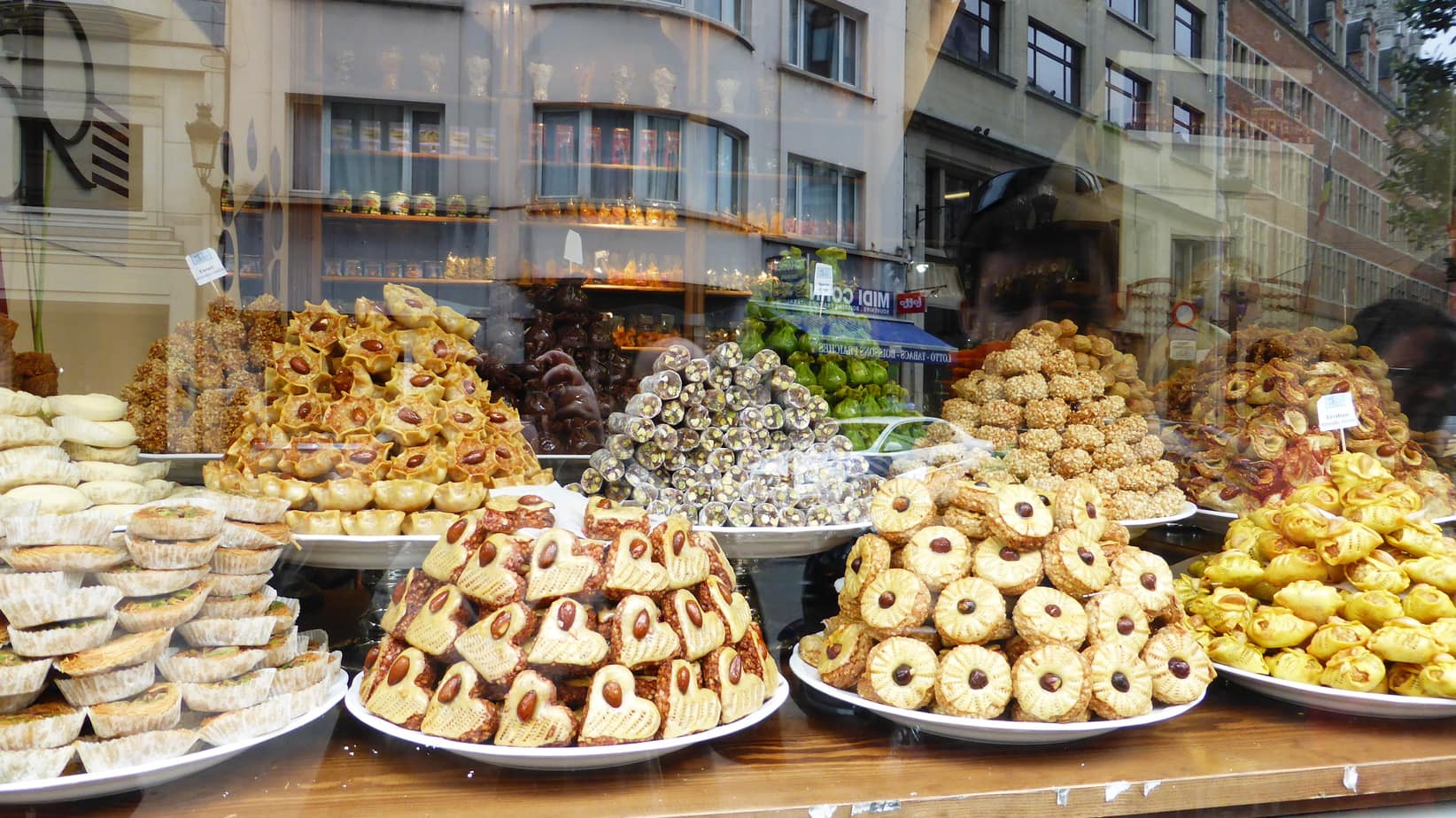 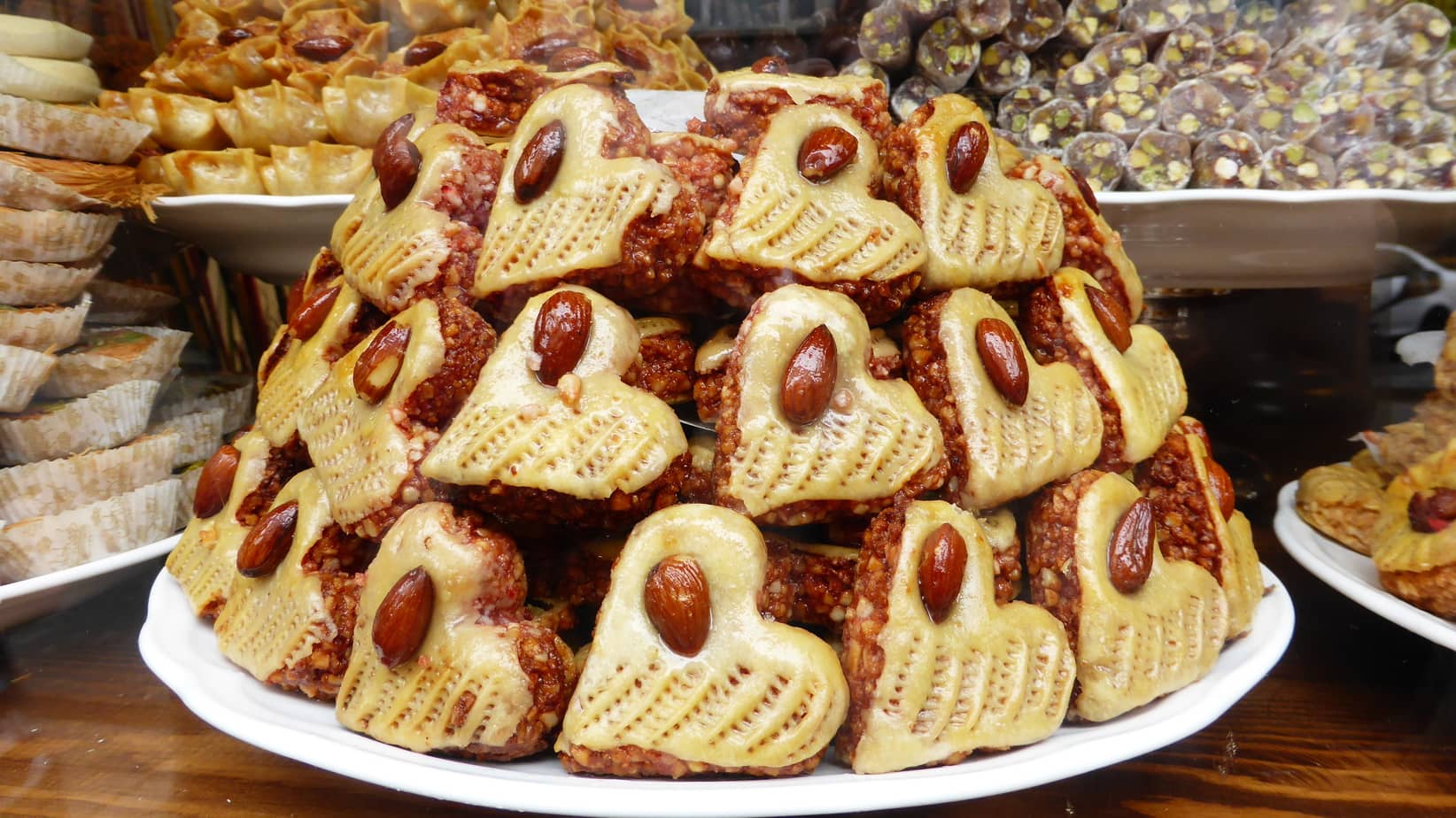 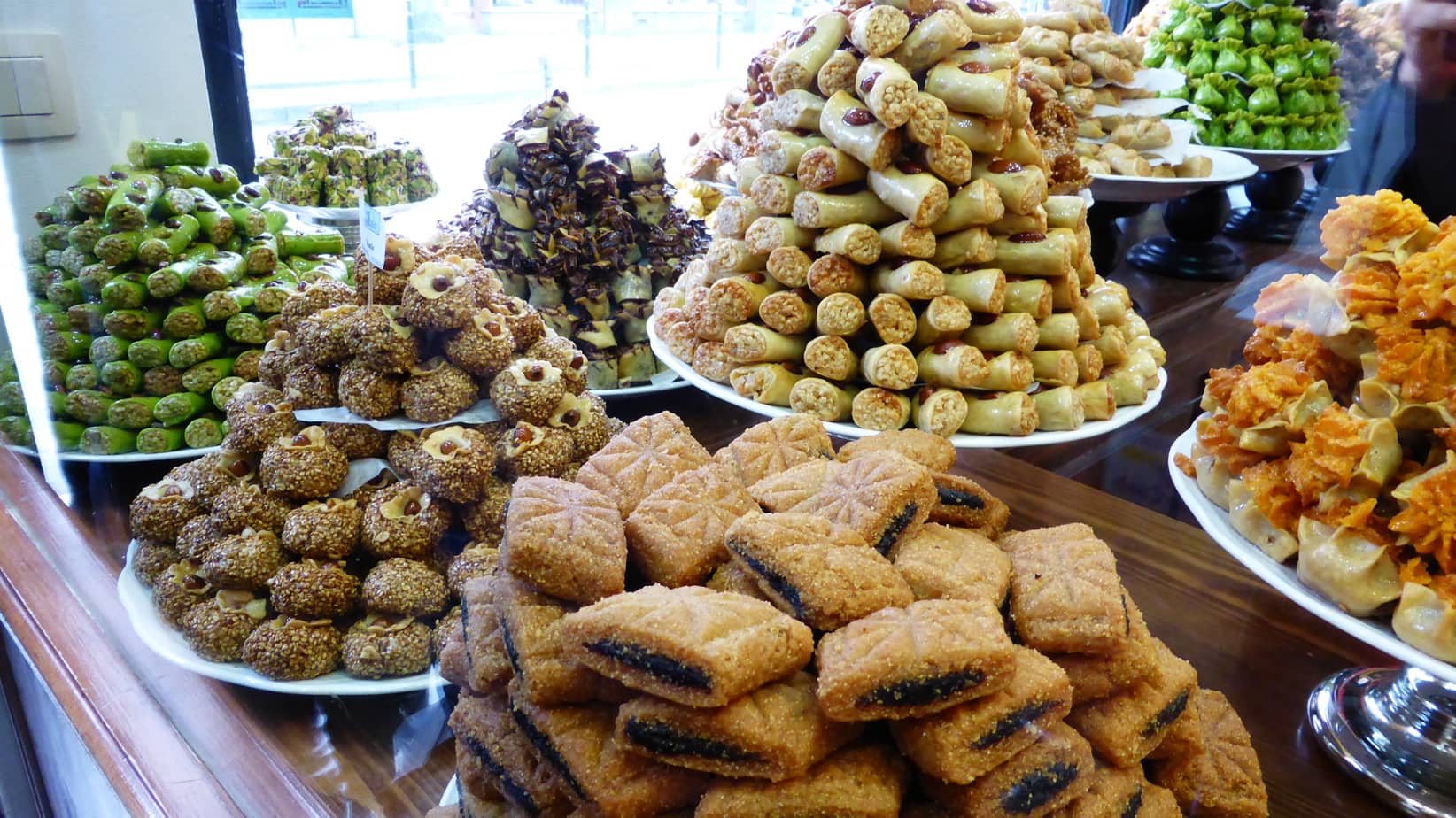 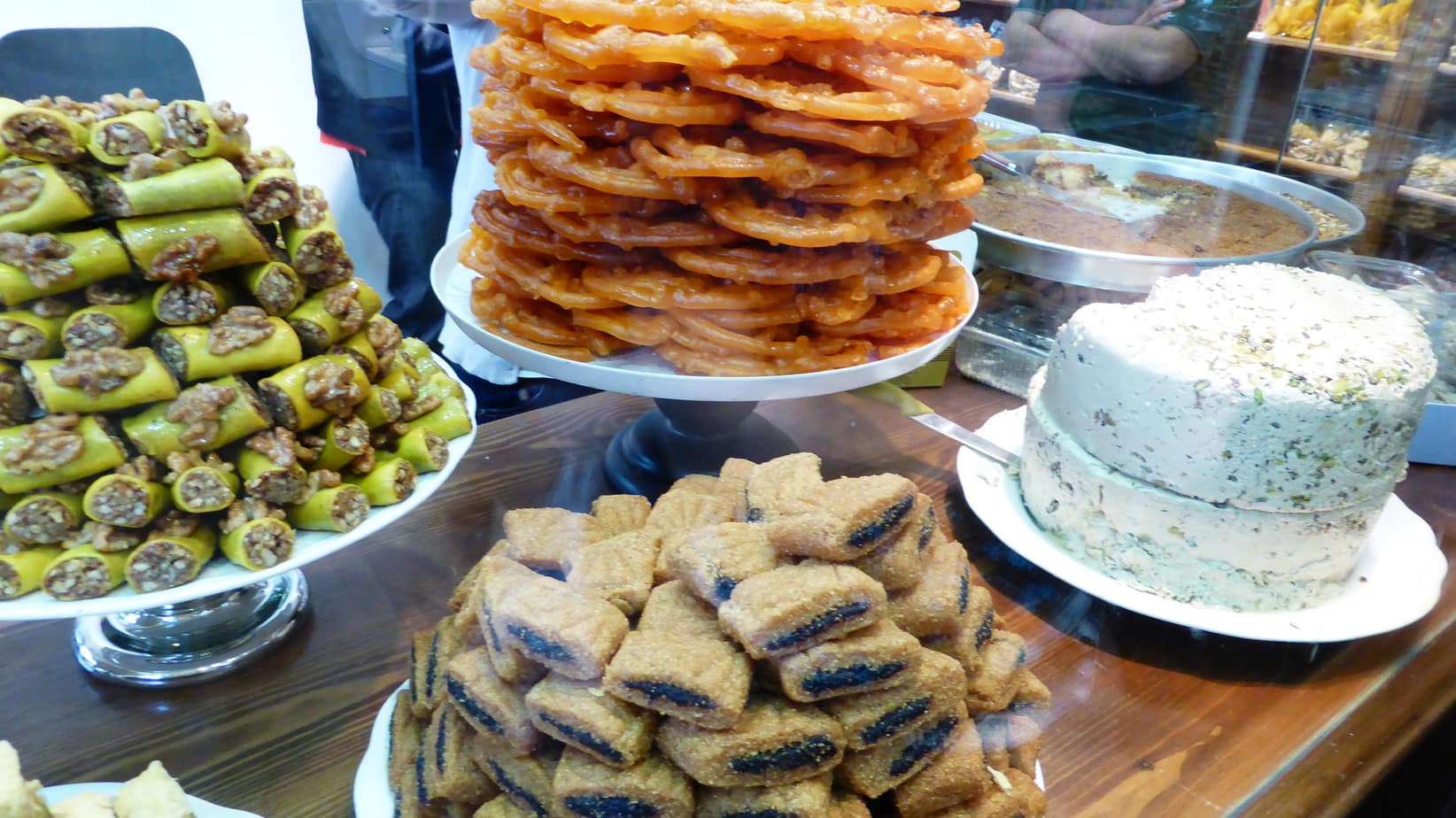 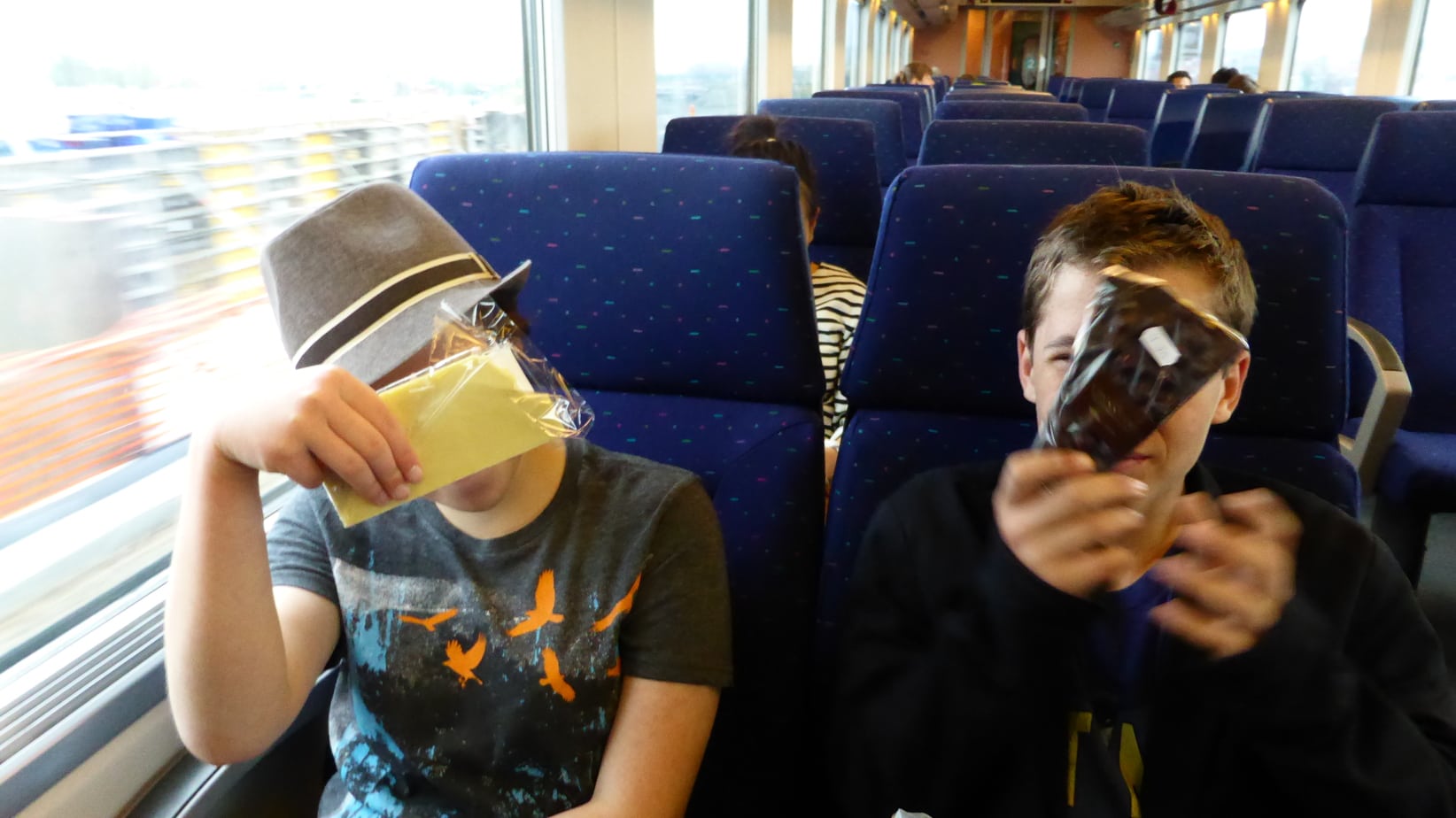 And of course no trip to Brussels would be complete without a visit to a chocolate shop. Here are the kids on the train to Bruges.