This dark and sassy Romesco Sauce is the beating heart of classic sauces. It’s intense smoky flavour will have you licking your plate right until the end.

What is Spanish Romesco Sauce?

Romesco Sauce is a brilliant red Spanish salsa made of simple ingredients. Hailing from Tarragona, the coastal province in NE Spain, it tastes delicious with fish and seafood. Romesco’s smoky flavours also pair well with chicken or even lamb. 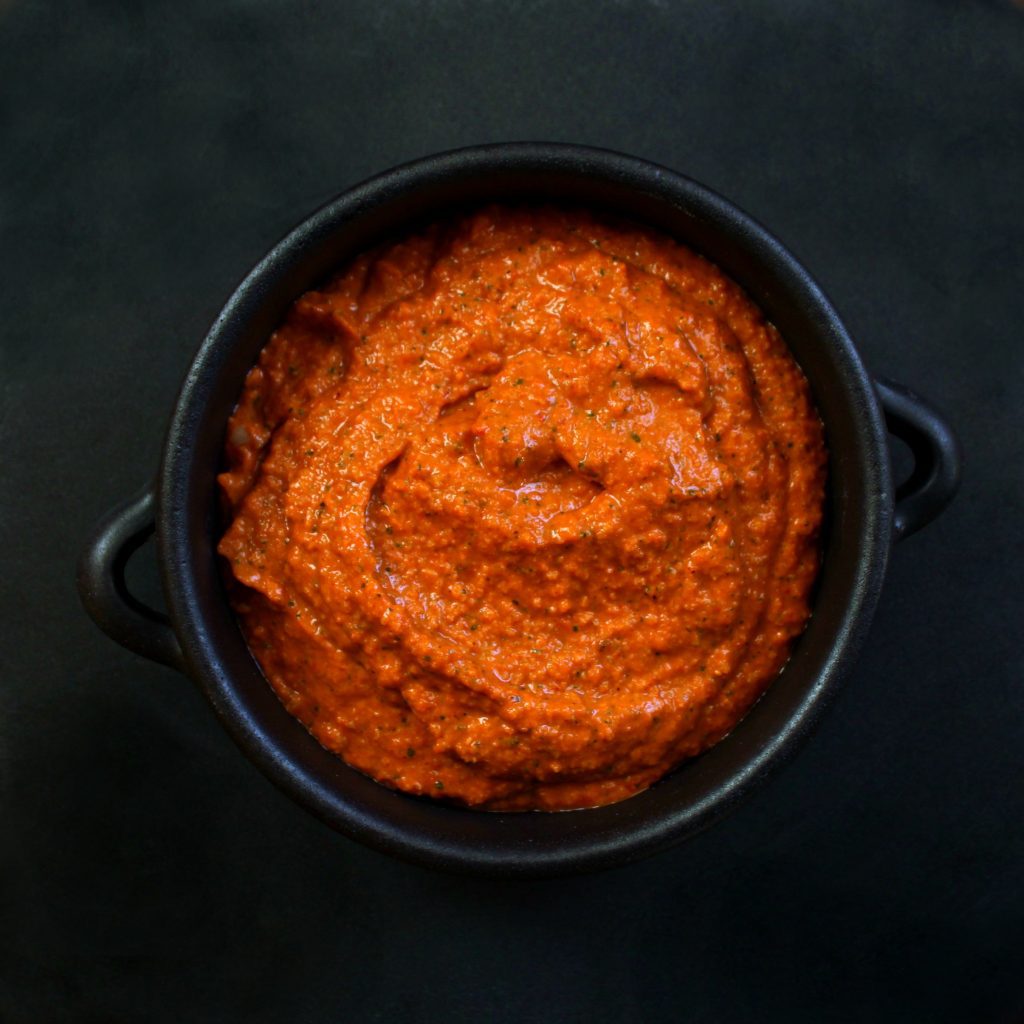 What is Romesco Sauce Made Of?

Nuts. Peppers. Tomato Paste. Olive Oil. Those are the four main classic components of Romesco. They form the body of the salsa, which then becomes accentuated by garlic, smoked paprika, and cayenne pepper. All those rich flavours need a bit of acid, so a splash of red wine or sherry vinegar is required.

While my recipe contains roasted almonds; raw almonds, roasted hazelnuts, and even pine nuts are often used. The dark little flecks you see in the photo above are either charred pepper skin or fresh parsley. 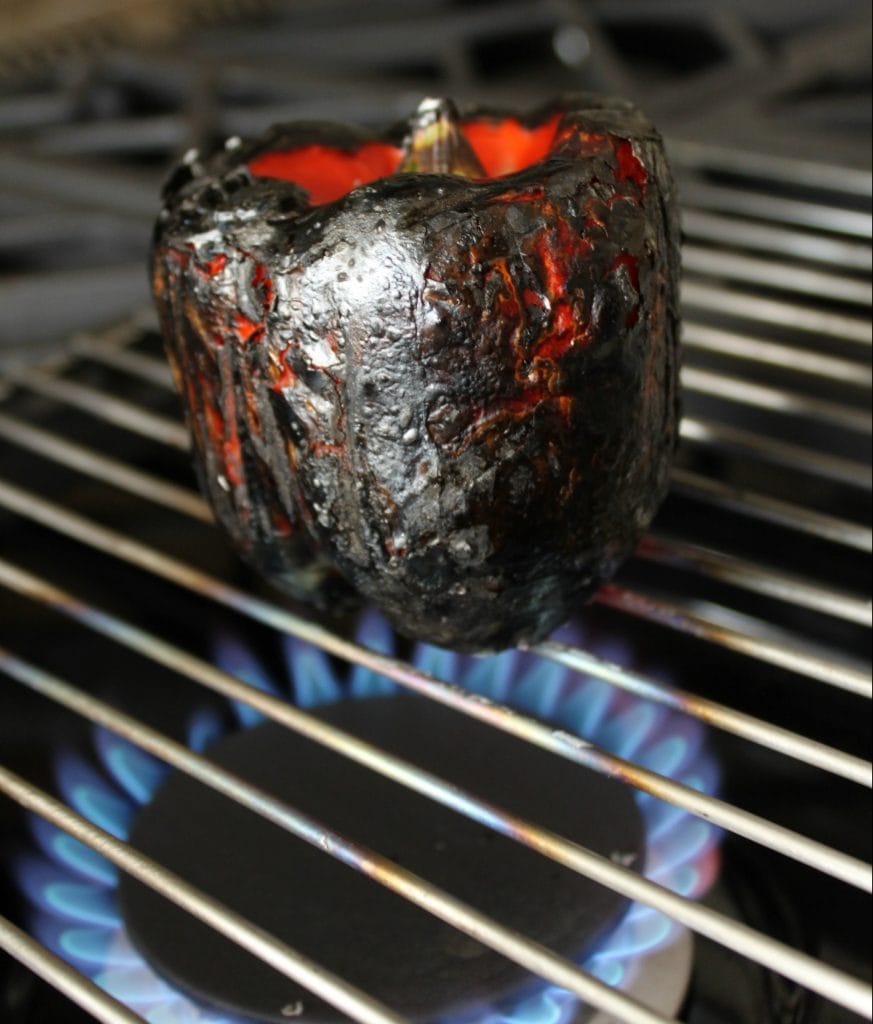 In Spain, Romesco is usually made with either hot/sweet bixto or nyora peppers but here in Alberta I used a roasted sweet red bell pepper. In the summer I roast peppers on the barbecue, but here in the dead of winter I finally get to flame roast them on my new gas stove!

It takes a fair amount of time to hold a pepper over the flames until it turns black but the flavour boost is worth it. I eventually gave up and threw a metal rack on top of the flame. 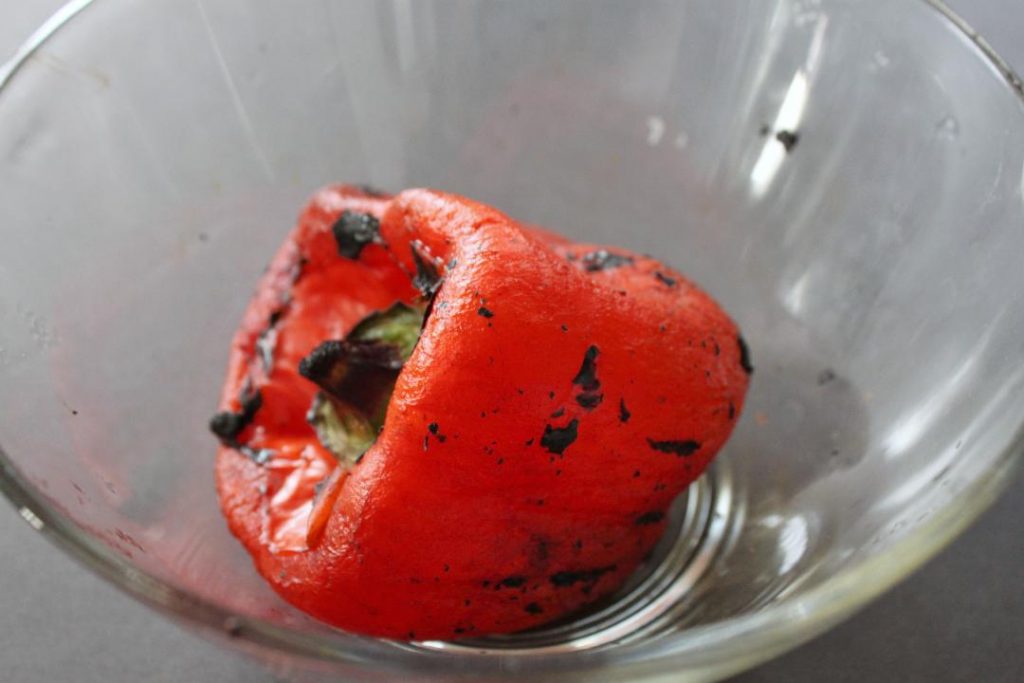 After the skin of the pepper has charred and turned black, place the pepper in a small bowl and cover. This step steams the pepper and loosens the skin, making it really easy to peel. Don’t worry if you can’t get all the skin off, it just adds to the smoky flavour of the sauce! 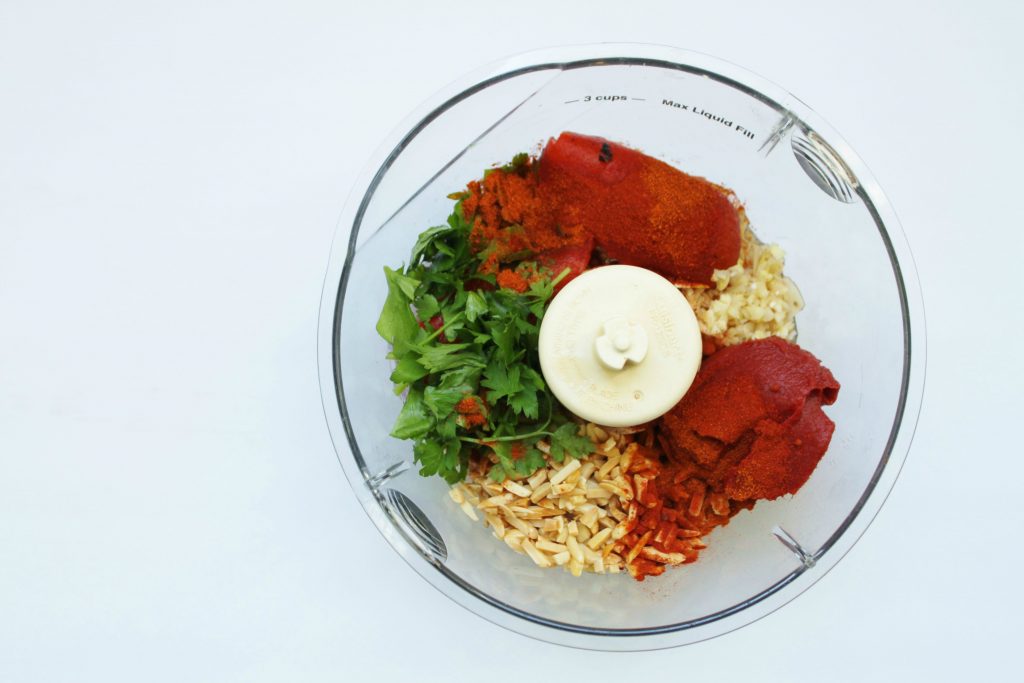 The great thing about Romesco is that it’s quick to make in a food processor.  Here’s a great opportunity to try a little experiment: omit the salt at this stage.

Process everything else into small chunks, then start slowly drizzling the olive oil in as the machine is running. This emulsifies the oil into the sauce, creating a lighter texture. 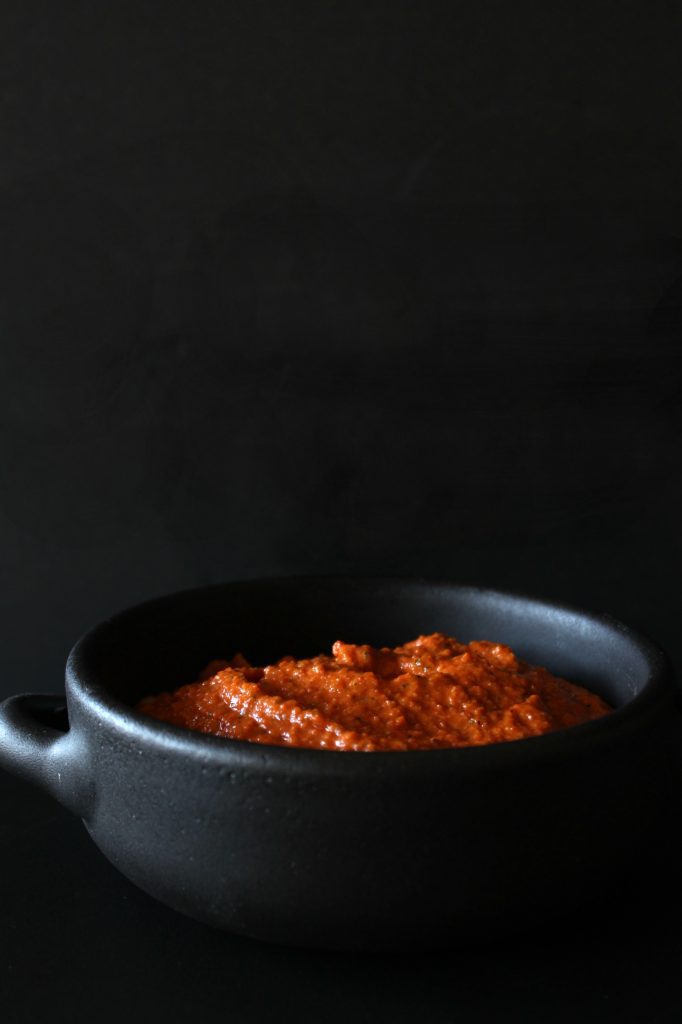 Give the sauce a taste…what is it missing? When I tried this I tasted the smoky paprika right away, the acidity and umami…but something was missing.

I almost added a bit of sugar because it was quite tart. Then I realized I hadn’t seasoned the sauce yet. You will be amazed at the changes in flavour once you add the salt, it really comes alive!

Get Saucy with Dish ‘n’ the Kitchen