Alberta Food Tours are Alberta’s premier way to experience Culinary Tourism in Alberta. Learn about their history and about their newest experience: the Banff Springs Hotel Tour.

Interested in learning more about the Banff Springs Hotel as a culinary destination? Sunday Brunch at the Vermillion Room is an amazing mountain experience you need to try.

In the years I’ve known Alberta Food Tours creator Karen Anderson I have never seen her without a smile on her face. She is full of love, with plenty to spare. It sounds corny, I know, but bear with me. If you meet Karen, you’ll know exactly what I am talking about. Her inner light, or peace, is the result of someone who has found her calling in life.

Karen lives her life by helping others and in turn, you can tell she’s living her life to the fullest. 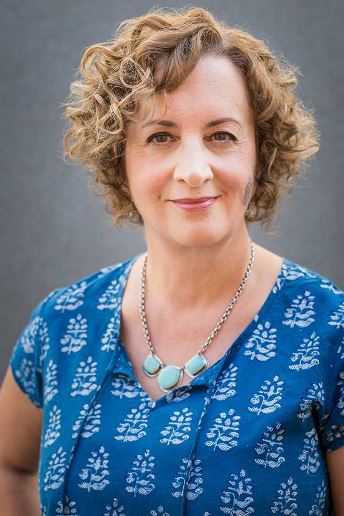 This wasn’t always the case. Karen worked as a nurse for many years but became unsatisfied with helping people who were ill. She noticed that the majority her patients became ill as a result of a poorly lived life. For example, many of the diseases that appeared in her patients stemmed from poor nutrition and diet.

Karen believes that knowing where the your food comes from helps consumers make wiser food choices. In turn, it also helps the farmer or producer live a better life as well. 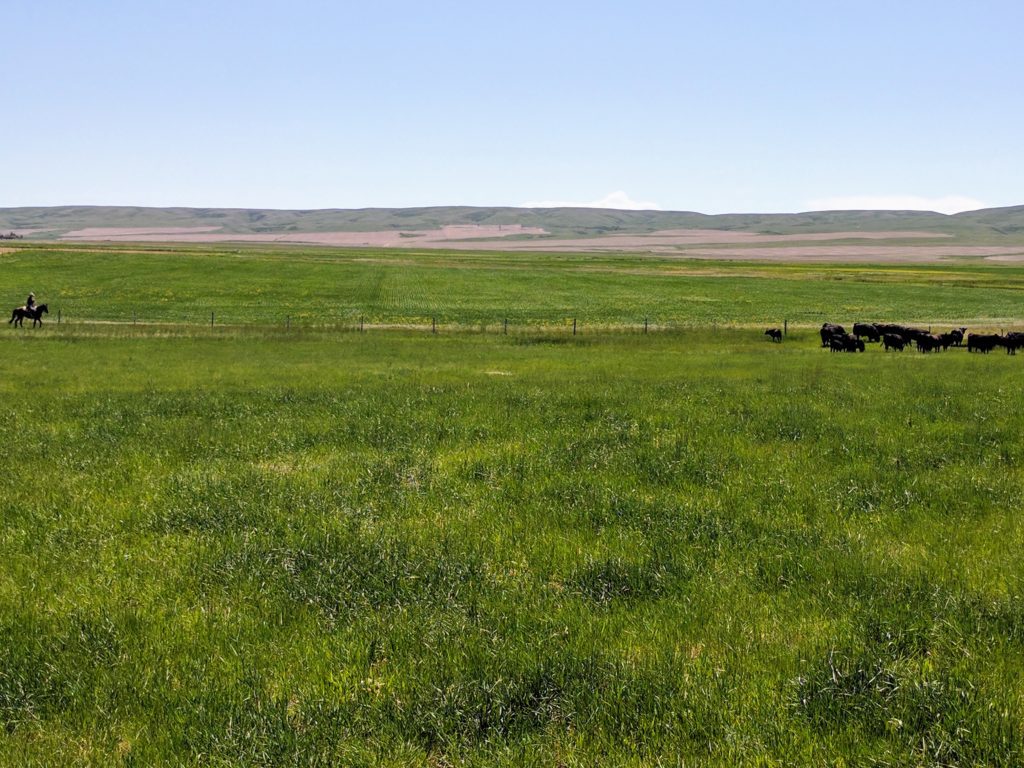 So, how exactly does Karen educate people and build their local food knowledge? Beginning as a food journalist she began making connections with other like minded people including producers, restaurateurs, and farmers. Following that initial preparation, she began weekend Calgary Farmer’s Market tours in 2006 which are still going strong in 2018.

Tours of other Calgary neighbourhoods were added as the demand arose. Eventually, Calgary Food Tours expanded to Canmore and Edmonton in the Summer of 2016. Now, through Alberta Food Tours Karen encourages culinary tourists to ‘Eat. Engage. Explore’ the best that Alberta has to offer.

From Alberta Food Tours to Food Artisans of Alberta

In her spare time, Karen blogs (Savour It All and Faces, Places and Plates) and is a Taste Canada award winning cookbook author. Her book, A Spicy Touch – Family Favourites from Noorbanu Nimji’s Kitchen with her Indian cooking mentor (and legend in her own right) Noorbanu Nimji.

Her newest book Food Artisans of Alberta, along with Matilde Sanches-Turri, is due for release tomorrow (June 26, 2018). It showcases over 200 food artisans, farmer’s markets, and delicious watering holes all over Alberta. 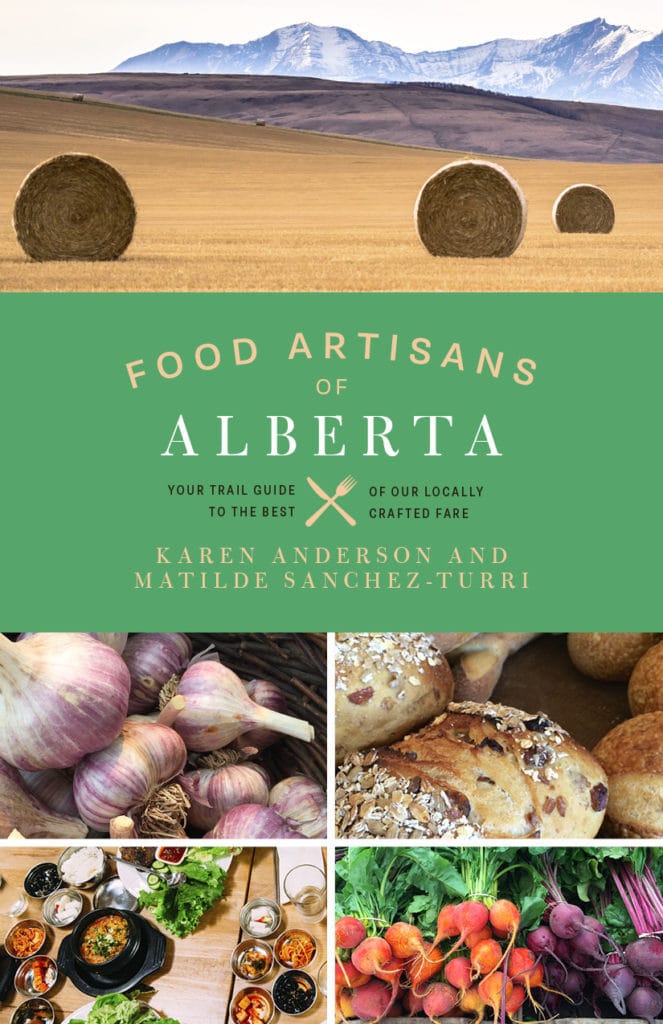 Even with a schedule that most people would find overwhelming, Karen and her team at Alberta Food Tours have created a few new tours for this year. Introducing, the Eat the Castle culinary tour at the Fairmont Banff Springs Hotel.

The first official Eat the Castle tour starts on Thursday June 28th but I was thrilled to get a sneak peek. Since this was my first ever Alberta Food Tour I didn’t really know what to expect or if I would learn anything…but I did!

The tour starts out with a brief history of the Canadian Pacific Railway and the construction of Canada’s grand railway hotels. Did you know:

There was just enough history during Karen’s tour…just enough to keep my interest from wandering. However, I suspect she has much more up her sleeve! 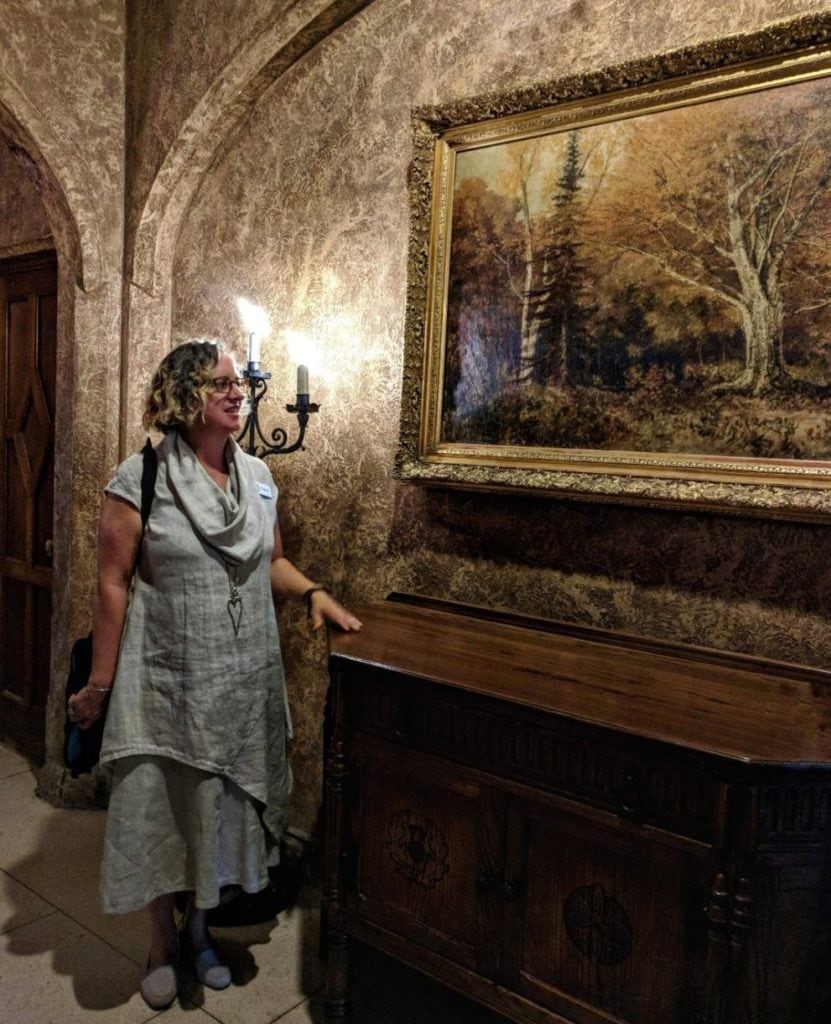 With each stop along the tour, there are so many tasty dishes to try, including a delicious BLT Sandwich at STOCK Food & Drink. The entire sandwich is MADE on premises. They bake the amazing sourdough, smoke the bacon, make garlic scallion aioli every 2-3 days, and grow lettuce and tomatoes in the on-site greenhouse.

The effort and care that goes into that one sandwich is impressive on its own. Just think about the effort it takes to prepare the 1.5 million annual meals they prepare for their staff, guests, events, and culinary tourists.

How does the hotel keep up? With staggering statistics like ‘5000 eggs are used in the Hollandaise for Brunch on Mother’s Day’, there’s no way for the hotel to be entirely self sustaining.

During the tour Karen explains the importance of the hotel’s partnership with 25 local farms and ranchers such as Mans Organic Eggs, Benchmark Angus, and Fairwinds Farm Cheese. The culinary standard of excellence that the Banff Springs Hotel has maintained for the last 130 years wouldn’t be possible without these partnerships.

Speaking of partnerships, Alberta Food Tours have worked closely with Tannis Such from Alberta Culinary Tourism Alliance to define Alberta cuisine. Though we’re a province of immigrants, our natural culinary history is truly unique. It consists of seven food ‘pillars’, which you can explore and discover through this tour. The seven food pillars of Alberta are: Bison, Beef, Canola, Honey, Red Fife, Root Vegetables, and Saskatoon Berries.

It’s worth noting that all the fish and seafood served in the hotel are sustainably farmed or caught according to the Oceanwise designation. This includes the delicious Mussels in the Moules Frites from the newly opened Vermillion Room. 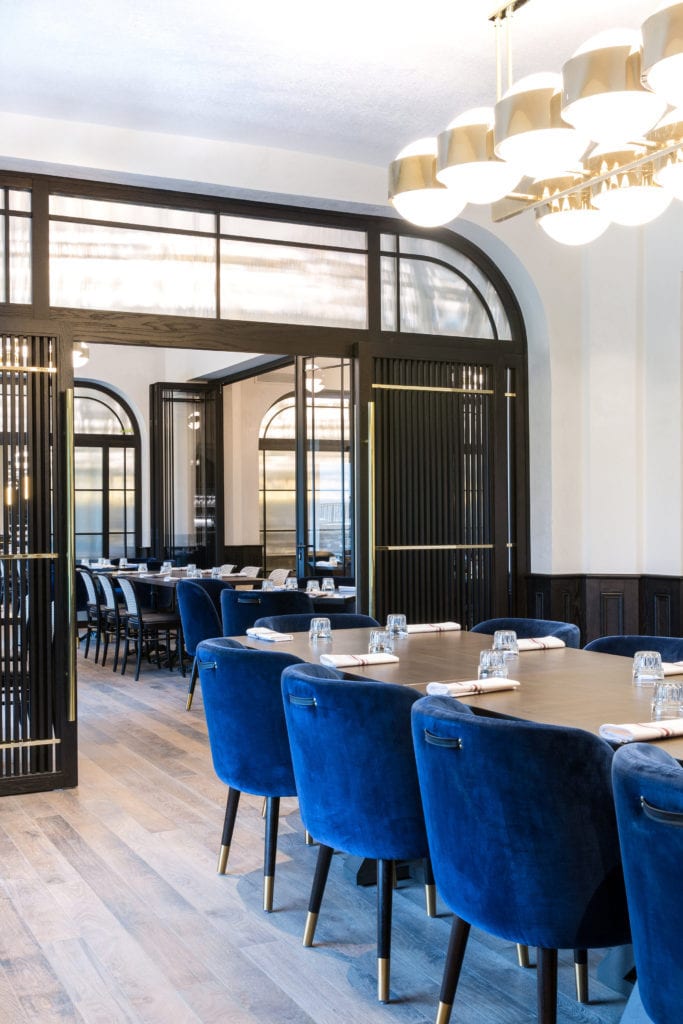 So, there you have it. A little bit of history, a taste of that famous Fairmont hospitality, and a generous helping of Alberta’s best foods. Eat the Castle is a great way for world travelers, culinary enthusiasts, and locals to experience so many of Alberta’s culinary gems all in one go. 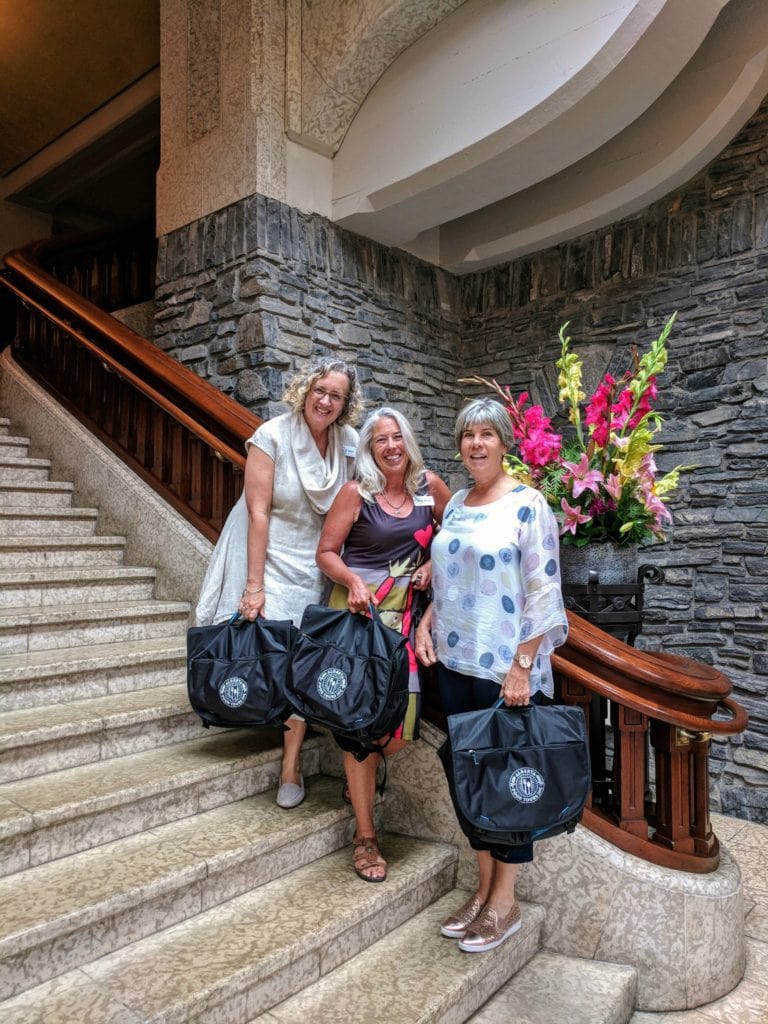 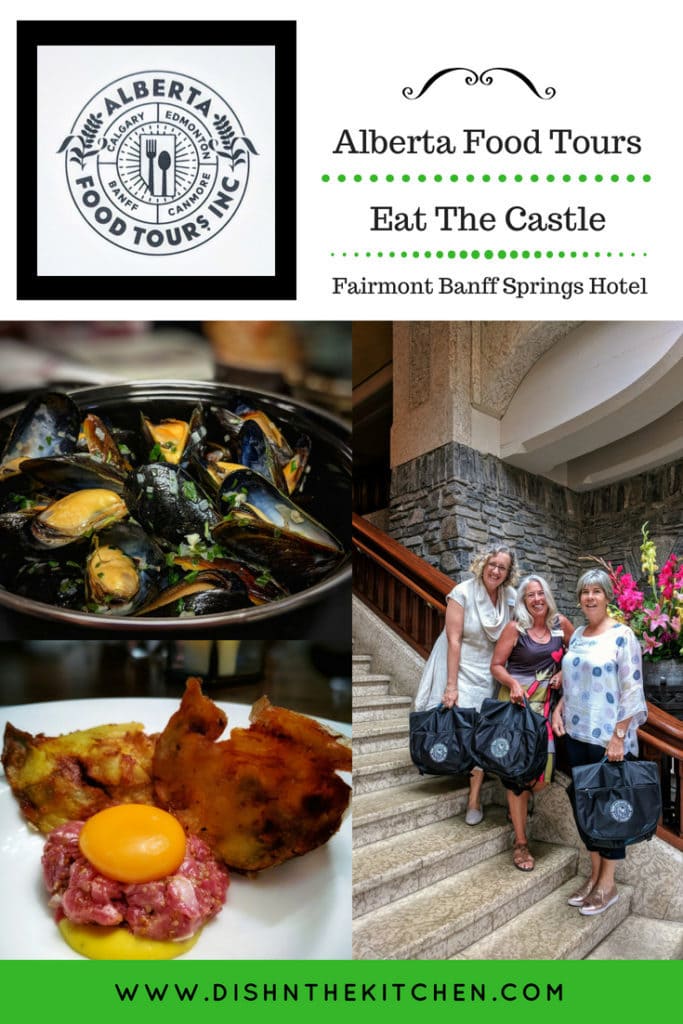 Disclaimer: I was graciously hosted by Alberta Food Tours and experienced this culinary tour free of charge. My opinions are my own…and I can’t wait to attend another tour with AFT!