There’s No Way to Resist a Soft Pretzel

Finally! Literally after years of begging,  kid number two has finally convinced me to make soft pretzels. She’s never in her known life seen me make pretzels even though I have made them before. I was hesitant to make them again as I was pretty sure I would need a second pair of hands to complete the boiling and baking portion. Back in the day (my university days) I found the process really hectic and unfamiliar. Let me just say that I’ve come a long way…baby. I could probably do this recipe half awake and in no time at all…which is kind of a scary thing considering how delicious they are. 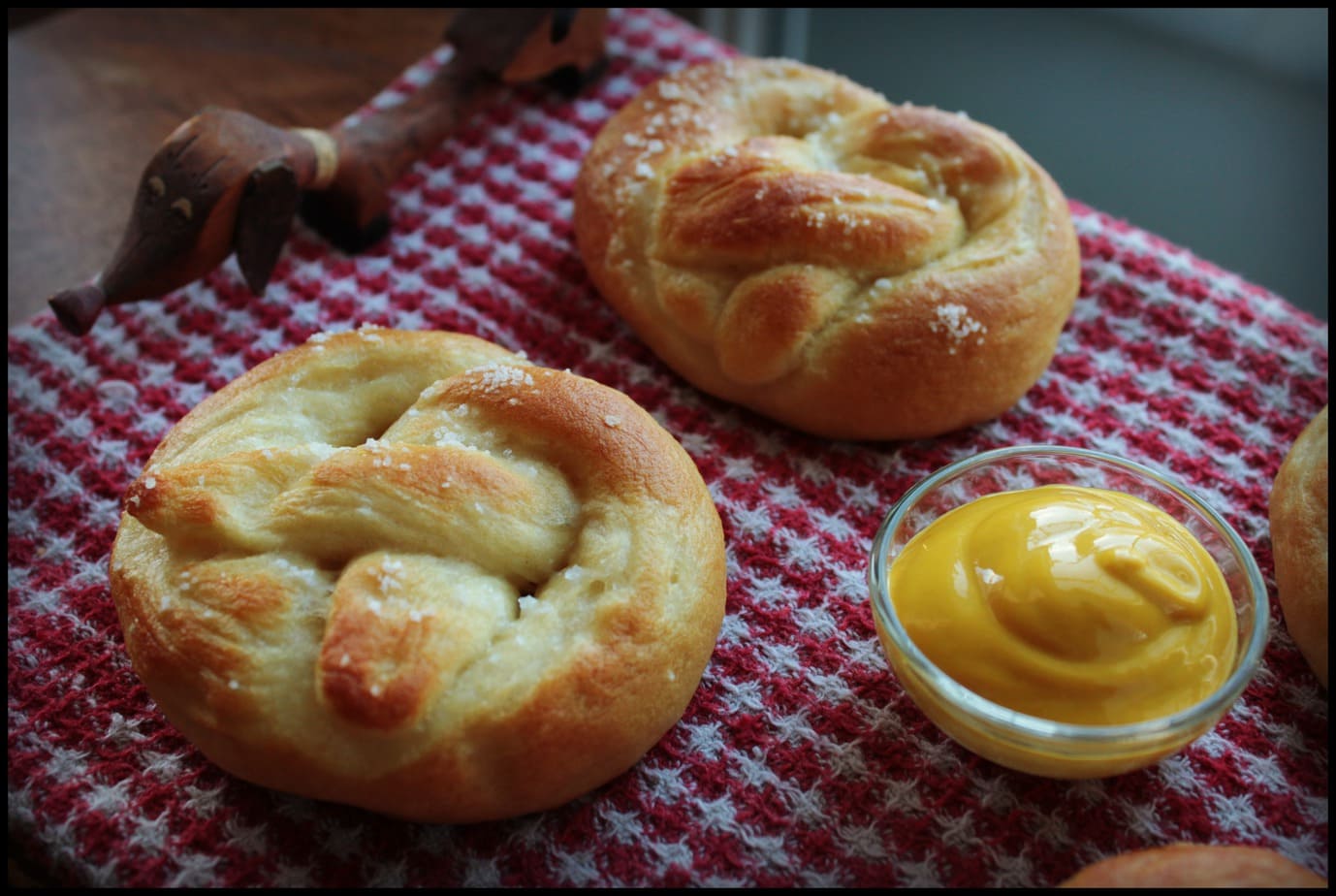 The recipe makes 16 pretzels and with my whole family home Sunday (and hungry because we skipped lunch again) they were gone within 10 minutes of the requisite photo session. I had kid number two assist with the photo taking during the dough shaping process. When she saw how easy they were to make she told me there was no excuse for me waiting so long…

I found the dough really springy.  No matter how many times I tried to make a long thin snake by the time I had completed all the twists and turns required to make the pretzel shape the dough had shrunk back and the pretzel ended up looking like a knotted bun.  I guess they still looked somewhat like pretzels and what really mattered is that they tasted great!

One thing I thought really odd was the addition of a 1/4 cup of baking soda into the boiling water. I knew it was important in making the outside of the pretzels shiny but I think the amount may have been too much. The salted pretzels tasted fine but the ones we topped with butter, cinnamon, and sugar reacted with the baking soda so that eating them put an odd taste in our mouths. Next time I’ll experiment with less baking soda.

I’m a sucker for little Germans…by the way did you know that Dachshund is German for ‘little pain in the ass’? Neither did I but I have to concur. My badger hounds definitely know when to push my buttons and when to snuggle. 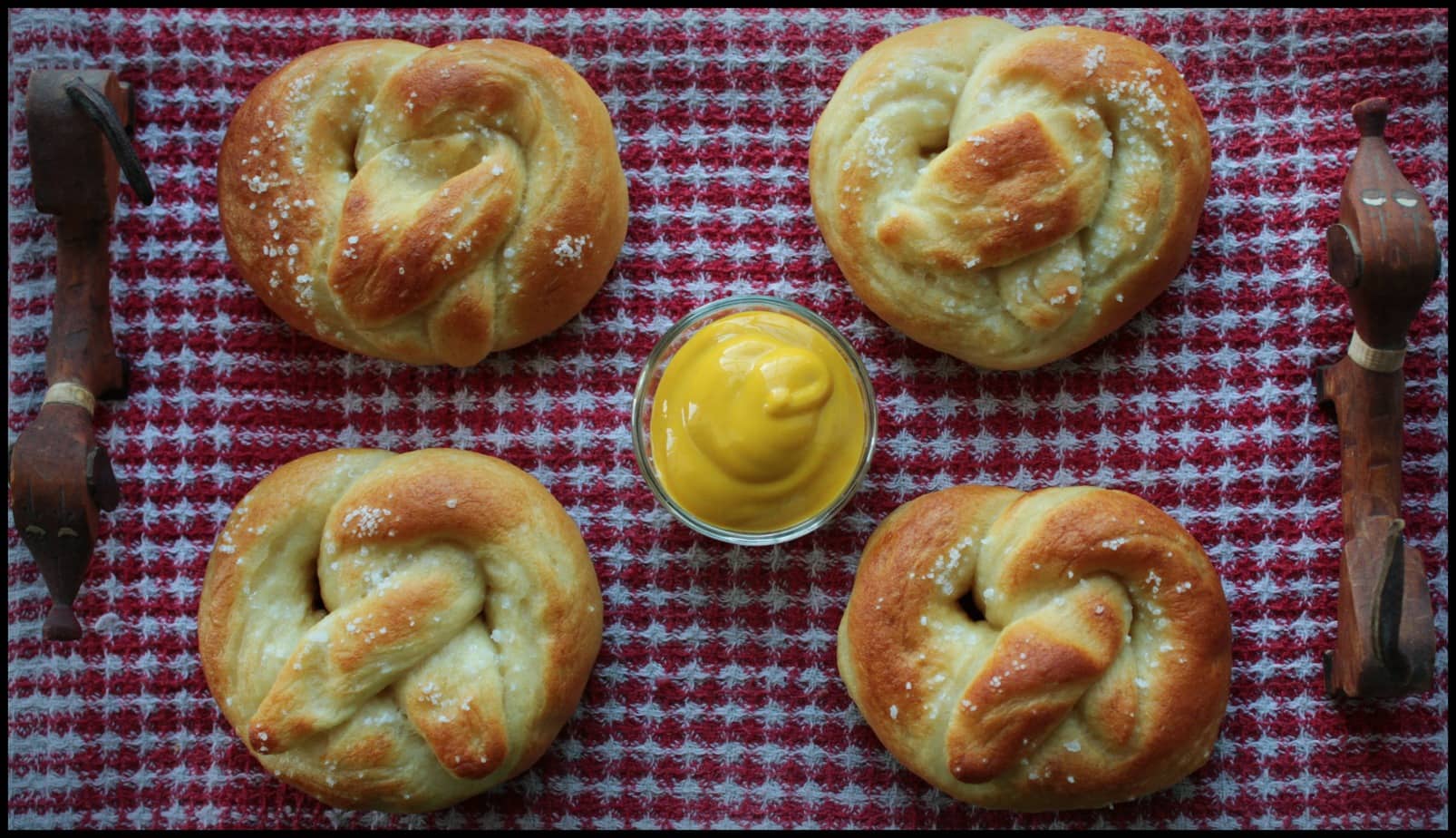 This is the closest any dachshund got to my pretzels! 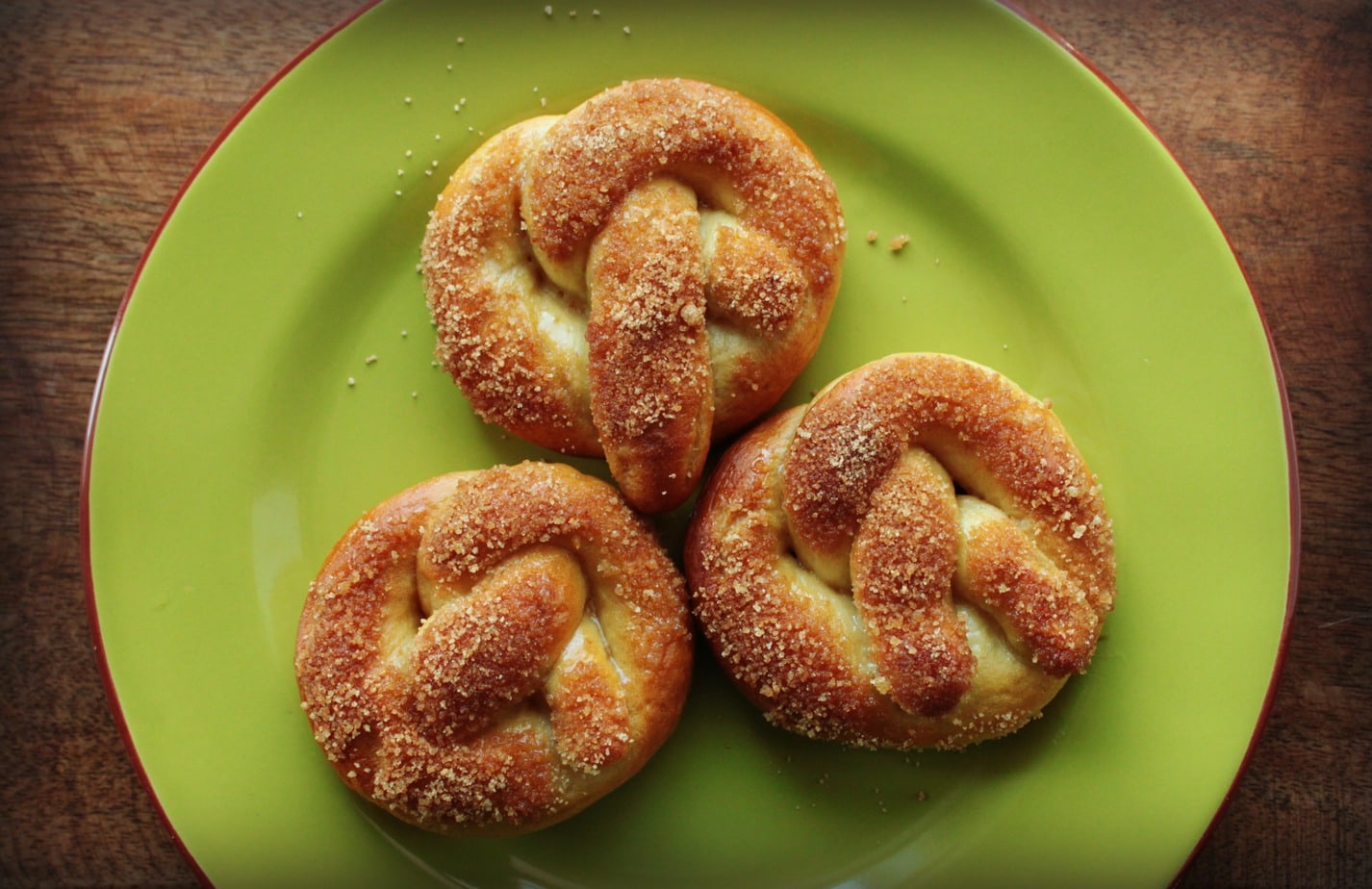 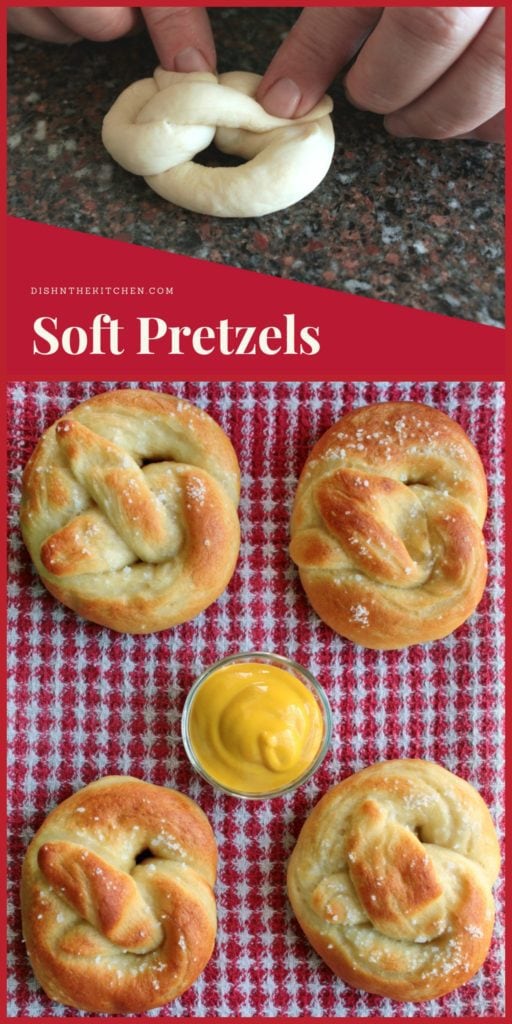